Home›Opinion›Columns›Changes In Media Ownership During A Troubling Regime 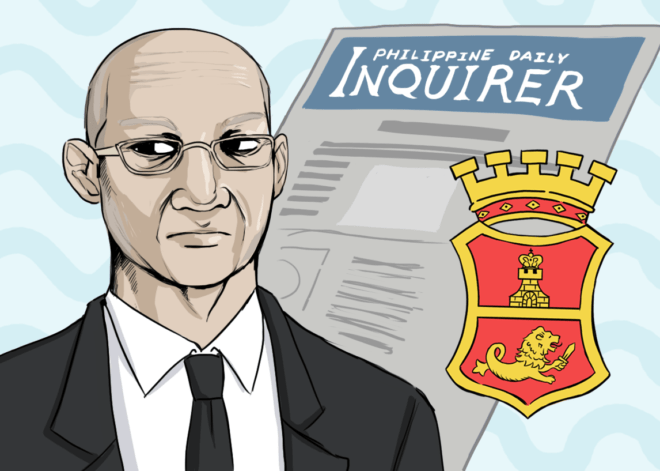 Changes In Media Ownership During A Troubling Regime

WHILE any change in the ownership of media organizations should be a continuing public concern, it has become specially relevant at the present time, when the media need to sharpen their capacity to accurately chronicle and make sense of events and issues during the troubled and troubling watch of a militarist and dangerously erratic regime.  The recent acquisition by business tycoon Ramon Ang of controlling shares in the Inquirer group, which is arguably the most influential media organization in the Philippines, has understandably provoked  renewed concern over the political economy of the Philippine media, or how the business and political interests behind them affect the way they report and comment on the news.

Media ownership and advertising, as Noam Chomsky and  Edward Herman point out in their pioneering book “Manufacturing Consent: the Political Economy of the Mass Media,” are among the structural “filters” in a system of privately-owned media through which  news reports, analyses and even opinion pieces pass before they are published for public consumption. Owner and advertiser interests are among the bases for the decisions of the gatekeepers of media resident in the news desks  on what items eventually see print, broadcast or  publication online, where the old media have established their presence and in some cases their preeminence.

That the owners of print and broadcast organizations in free enterprise systems use their control over their media holdings to further their business and political interests is hardly contestable, and every practitioner in the corporate media knows it. Advertiser interests are similarly pivotal in the way media reports are presented or framed, if at all they’re even published: the same interests can lead to the media organization’s killing stories outright if unfavorable to advertisers. Because the same owners of the media are usually part, or are even the chairpersons or presidents in command of conglomerates, a media owner is often also an advertiser.

The media are privately-owned in the Philippines, but are public service institutions charged with the crucial function of providing the citizenry the information it needs to understand what’s going on in society as well as the natural world, given these environments’ impact on the lives of millions. Both journalists and the public should therefore be concerned over changes in media ownership.

How journalists do their jobs in terms of accuracy and fairness often depends on how freely they’re able to gather information, and to process and write about it. But the gatekeeping function of editors can also lead to reports’ being rewritten to suit publisher and advertiser interest, or to being killed altogether.

The decision of the Prieto family to yield their majority interests in the Inquirer group to Mr. Ang has understandably raised concerns among media watch groups, journalists’ associations, non-government organizations,  and the media literate public.

Although Mr. Ang, the president of San Miguel Corporation, the largest conglomerate in the Philippines, used his personal funds to buy into the Inquirer group, which includes the newspaper Philippine Daily Inquirer, its online news site, and Inquirer radio, it’s hardly relevant to distinguish between his personal and San Miguel interests.

As experience shows both here as well as in other countries where the media are privately-owned by corporations that are usually part of huge conglomerates, what appear in the media often reflect corporate as well as personal, familial and class interests.

But it’s not as if the transfer of Inquirer group ownership will usher in a significant departure from the way its newspaper, online site and radio station have chosen, framed and presented the news in the past. The mining interests identified with the Inquirer had significantly influenced its coverage of mining as a public issue, as evident, for example, in its less than fair reporting on former Environment and Natural Resources Secretary Gina Lopez’s attempts to compel mining companies to be environmentally responsible and to shut down others. What’s likely to ensue will be a change in the interests shaping the way the news is presented, rather than the unprecedented intrusion of owner interests into Inquirer group operations.

However, to what degree Mr. Ang’s and San Miguel’s interests – the Corporation is also one of the biggest advertisers in the Philippines – will affect how reports are chosen, framed and presented is the more critical question.

The forms of direct owner intervention in Philippine media have ranged from micro-management to intervention only when corporate, personal, familial and class interests are clearly at stake. Regular owner intervention in day-to-day operations and in the making of such decisions as which story to publish and emphasize, what headline to use, or what the subject of editorials should be is rare.  But most of the time editors and even individual journalists on their own shape the news in accordance with what they perceive to be acceptable to owners and major advertisers.

In those cases in which owners leave it to editors and journalists to generate and process reports according to their interpretation of owner and advertiser interests, a journalist who’s certain that a story meets the standards of news worthiness even if it may not reflect positively on the owner and on advertisers has enough room in which to negotiate with his or her editors.

Responsible journalists aware of their public duty are familiar with the tendency among many of their colleagues to give owners and advertisers what they want. It is therefore on their shoulders where the imperative of reporting fairly and accurately as an expression of authentic independence rests.  Whoever the owners of a media organization are, and whatever their interests, it is on the professional and ethical standards of journalism that the responsible journalist must depend to see him or her through the fundamental conflict of interest inherent in a free enterprise media system between owner and advertiser interest and public interest.

Proactive and critical media engagement is particularly important at the present time, when the regime in power is so very starkly demonstrating the need for exactitude, accuracy and fairness in the reporting by both old and new media. The rampaging violence and unprecedented killing of thousands in the course of the drug war; the scuttling of the peace talks despite the progress that had been achieved and the adoption of a total war policy; the threat of authoritarian rule and the continuing and worsening violations of human rights; the chaos and contradictions in what pass for government policies – all demand rigorous reporting, comment, criticism and documentation.

Will the change in the ownership of the Inquirer group therefore lead to the partial realization of that urgent need at least through its newspaper, online site and radio station, or to its readers and listeners’ being further misinformed and confused?

The latter can happen should Mr. Ang think it necessary to protect his interests by making sure that he is not perceived as against the regime by suppressing or softening reports unfavorable to the regime and highlighting whatever puts it in the best light.

But even in such circumstances, journalists can and must affirm through their work that what is at stake is far bigger than the interests of Mr. Ang and San Miguel Corporation. The journalists not only of the Inquirer group but those in other media organizations as well must be ready to defend their independence as providers of the information millions of stakeholders in the fate of this country and its people need in this time of national peril.

Mine workers: Of broken promises to end ENDO