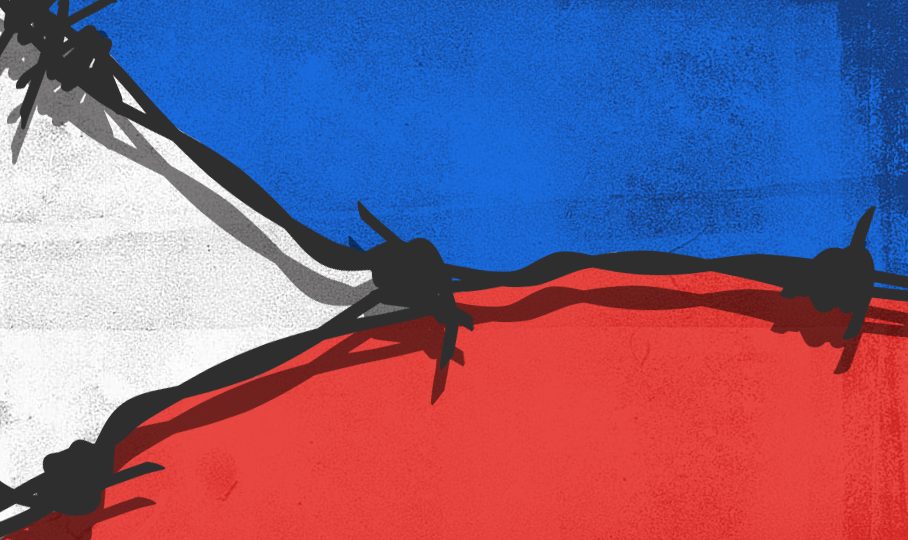 The Filipino people just celebrated Independence Day, and one is reminded of the popular saying “The truth shall set us free!” These words are frequently uttered by oppressed peoples fighting for liberation; as well as by those whose freedom has been curtailed by acts of injustice or tyranny. They are usually meant not merely to console but to instil and stir up hope, and to spark and fire up courage and resistance.

True enough, the Philippine Revolution of 1898 that liberated the Filipino people from Spanish colonialism was preceded by the Propaganda Movement that thoroughly exposed the truth behind three centuries of oppression and exploitation. The Katipunan in turn united the people behind the truth that no less than an armed revolution was needed to overthrow Spanish rule and expel the colonizers, thus giving birth to the Filipino nation.

Our history, however, glaringly shows that the inverse (the untruth shall set us un-free) is also true. And perhaps even more so. Our hard-won freedom was short-lived. As soon as the Spanish colonialists were booted out, the Americans stepped in to take their place. Deception and outright lies, combined with brute armed force were employed by US imperialism to subjugate the Filipino nation – from the mock Battle of Manila Bay, to McKinley’s “Benevolent Assimilation” proclamation, the Fil-Am War and the pacification campaign, and the so-called “special” trade and economic relations. Even the July 4, 1946 “grant” of independence by the US was yet another play to turn the Philippines from a colony into a neocolonial state. US imperialism continued – nay, continues – to exploit and oppress the Filipino people, with the connivance of the local big landlords and compradors.

The truth that the Philippines effectively remains under the political, economic and military control of the US was exposed by nationalists led by Claro M. Recto and Lorenzo Tanada in the 50s and 60s. A comprehensive account of the history and true state of Philippine society – identifying imperialism, feudalism, and bureaucrat capitalism as the three main problems – was issued by Jose Ma. Sison in the mid-60s. It charted the national democratic struggle and programme as the path to national liberation and emancipation, genuine democracy and social justice.

As our history shows, exposing and knowing the truth does not automatically set people free. Once found, it must be grasped by the people and they must unite and struggle to liberate themselves. Truth is a mighty weapon, but it is not readily available or easily accessible.

Truth is mostly buried deep in many ways, for many reasons, both natural and intentional. Advances in technology and communication are double edged – they can blur, suppress or distort the truth (e.g. fake news) as well as reveal and disseminate it. Truth, indeed, can be stranger than fiction.

Truth, itself, is not free.

And that is the biggest predicament political prisoners like us, facing trumped-up criminal charges, must contend with. A single lie from a hostile and coached prosecution witness is all that is needed to send a targeted activist, or a hapless peasant suspected of supporting the revolutionary movement, to jail for an inordinate length of time. Many of my co-detainees have spent anywhere from six to ten years in jail while their cases are being tried in court. Not a few have been convicted, including a young labor organizer who was recently sentenced to a minimum of 3 years and 1 day (prison mayor) to a maximum of 14 year and 2 months (reclusion temporal) for illegal possession of firearms, on the mere word of his arresting officers who themselves planted the handgun in his backpack.

What defense does one accused have when he is “positively identified” by an army soldier as having participated in an NPA ambush in a distant place he has never been to? Or when all the actions of the arresting officers are presumed to be “regular” or in accordance with procedure? The solemn pledge by witnesses to state “the truth, and nothing but the truth” has become a cloak to conceal perjury rather than a safeguard for fairness. The presumption of innocence of the accused has become an empty guarantee in the light of government’s broadened and heightened “legal offensive” against its perceived critics and detractors. Even the Commission on Human Rights has noted the pattern of police officers planting “evidence” to ensure conviction not only of political prisoners but of other alleged criminal offenders as well.

Political prisoners, then, cannot idly stand by and wait for the truth to set them free. They have to muster, better yet master, all legal and meta-legal means still available for them to bring out the truth.

Like the 19th century Filipino propagandist, and the Katipunan, it is up to us, the people, to set the truth free.

Rey Casambre, a 67-year old peace consultant and executive director of the Philippine Peace Center, was arrested on December 7, 2018 and charged with illegal possession of firearms and explosives, murder and attempted murder. He is detained at Camp Bagong Diwa along with other political prisoners.