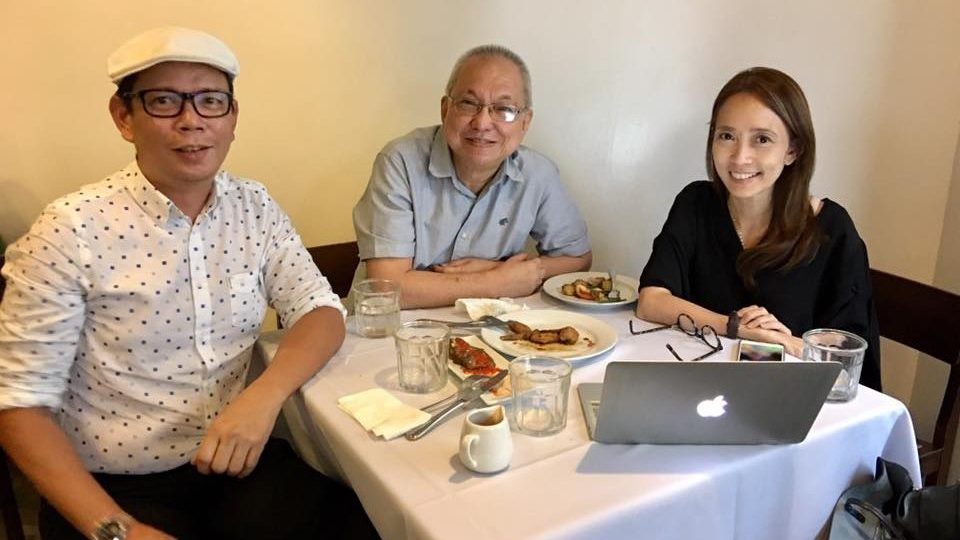 THE THREE members of Metro Manila Film Festival (MMFF) Executive Committee broke their silence on why they resigned on June 30 following the announcement of the first four official entries to the festival.

In a joint statement, award-winning scriptwriter Ricky Lee, film critic Roland Tolentino and investigative journalist Kara Magsanoc-Alikpala said the reason for their resignation is the board’s commercial emphasis over the artistic excellence of films.

“After several meetings and deliberations, we resigned because the MMFF 2017 ExeCom took a different direction, by overemphasizing commercial viability,” the statement said.

But the three stressed that their resignation had little to do with the announcement of the first batch of selected entries.

The statement also explained that they only accepted the invitation to be the members of this year’s MMFF committee because they were “excited to maximize the gains of the MMFF 2016.”

In 2016, the usual format of screening commercial films with leading actors at the MMFF was replaced with a selection of mostly independent films including “Sunday Beauty Queen”, “Die Beautiful”, “Kabisera”, “Saving Sally”, among others.  In the joint statement, the three said that last year’s festival celebrated the “spirit of a film culture that produced many cult classics in the early years of the MMFF.”

According to playwright Nick Tiongson, last year’s committee selection chair, the criteria for MMFF selection entries in 2016 focused on the substantial features and qualities of the films regardless of their commercial value. The 2016 committee agreed that the entries would be divided to four mainstream movies and four independent films.

The 2016 criteria for script selection was divided to overall impact, cinematography or technical excellence, global appeal and Filipino sensibility while dislodging the 50% commercial viability of entries.

The selection drew a mix of opinions on social media especially regarding the usual commercial movies not making the cut to the annual all-Pinoy-movies festival, such as films starring comedians Vice Ganda and Vic Sotto.

However, the traditional format of MMFF will showcase this year again following the return of movies like “Love Traps #FamilyGoals” with Vic Sotto, “The Revengers” with Vice Ganda, “Almost is not Enough” with Jennylyn Mercado, and “Ang Panday” with Coco Martin in the film festival’s roster.

“Last year’s festival showcased a wide variety of quality cinema that went beyond the formulaic. There was a shift of emphasis from commercial viability to artistic excellence,” the statement added. “We stand committed to seek reforms in the Filipino film industry. We remain steadfast believing in a Metro Manila Film Festival that can once more be a celebration of the finest of Filipino artistry…The Filipino audience deserves no less.”

The Executive Committee said that the new rule in the entries selection is in pursuit of “both artistic excellence and audience appeal that can equate to more benefits to its target industry beneficiaries.”

The three expressed their continued commitment and reforms in the Filipino industry and that they still believe that Metro Manila Film Festival can be a platform for the best of what the Filipino filmmaker and the industry can achieve.

“We believe that producing a box office hit and creating quality film is not exclusive to big film studios nor to independent film outfits.  There should be no discrimination. All excellent Filipino films deserve all forms of support to draw in the widest audience possible,” the statement read.