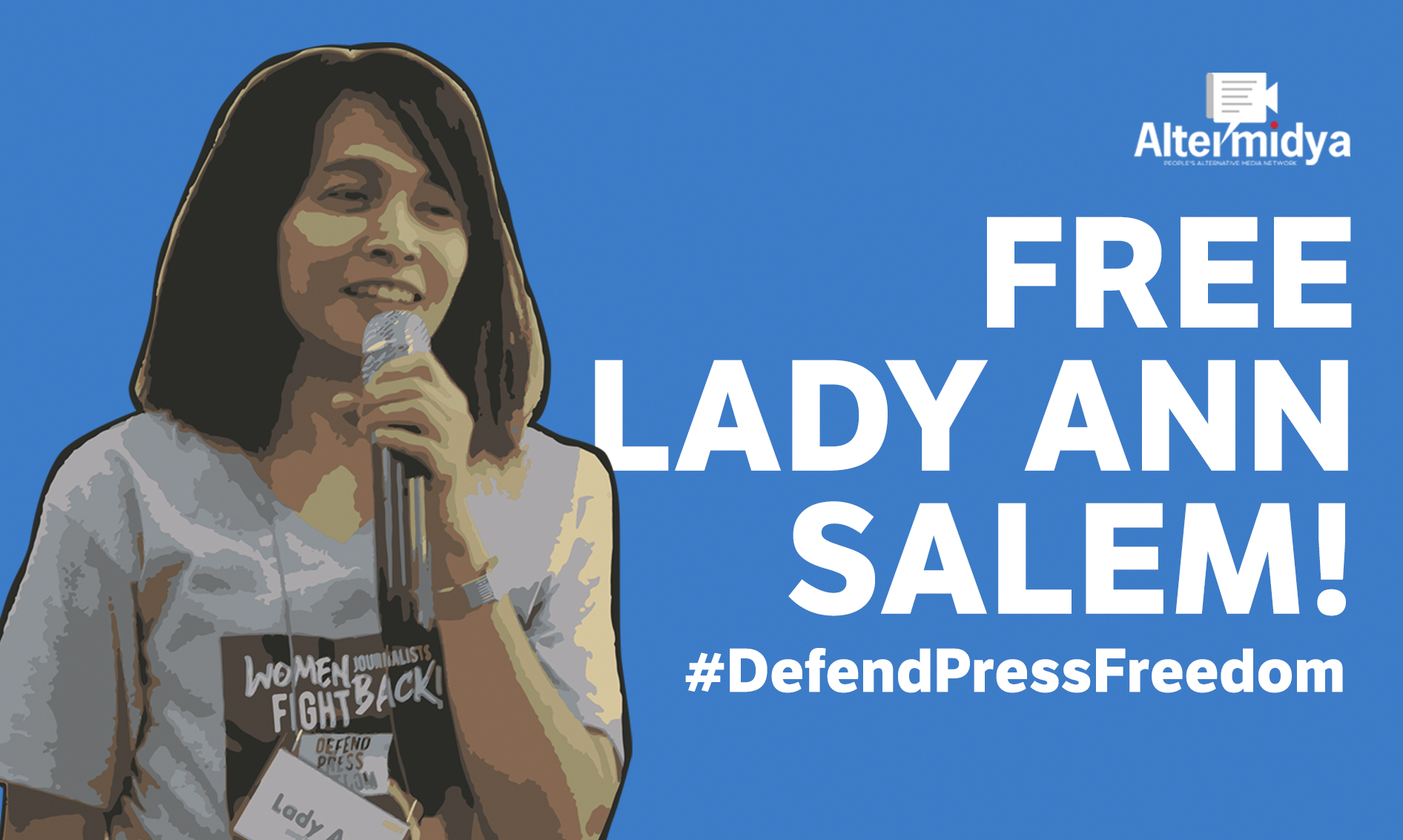 Today, it is exactly a month since journalist Lady Ann Salem of Manila Today, along with six trade unionists, was abducted and detained by the Philippine National Police on Human Rights Day, December 10.

The past weeks have been filled with outrage as state forces continue their attempt to terrorize all media practitioners with this message: speak the truth and you’re next.

Lady Ann is a tireless journalist, and government targeting her for arrest was a no-brainer. It was clear that its goal was to paralyze one of the main alternative media outfits in Metro Manila where she is an editor. Her arrest came mere days after Manila Today and Tudla were red-tagged by the National Task Force to End the Local Communist Armed Conflict (NTF-ELCAC) officials at a Senate hearing on Dec. 1 – proving further that state forces use red-tagging to justify attacks against truth-tellers and government critics. Since her detention, staff members of Manila Today and Tudla have reported incidents of possible surveillance.

Though they have succeeded in detaining Lady Ann with fabricated charges of illegal possession of firearms and explosives, state forces have failed in defeating the indomitable spirit of alternative journalism. Many attacks have been hurled against the ranks of the alternative media in the past months – including the arrest of Eastern Vista’s Frenchie Mae Cumpio, the filing of cyberlibel charges against Northern Dispatch editor Kimberly Quitasol and journalist Khim Abalos, and many others. Our response to these relentless attacks is to firm up our resolve to fight back for press freedom and human rights and defend democracy.

The already small space for free expression in the country continues to erode, but we in the alternative media community will persist in fulfilling our responsibility of truth telling. We strengthen our call to defend independent journalists and free expression: Free Lady Ann Salem! Hands off independent media! Defend press freedom!