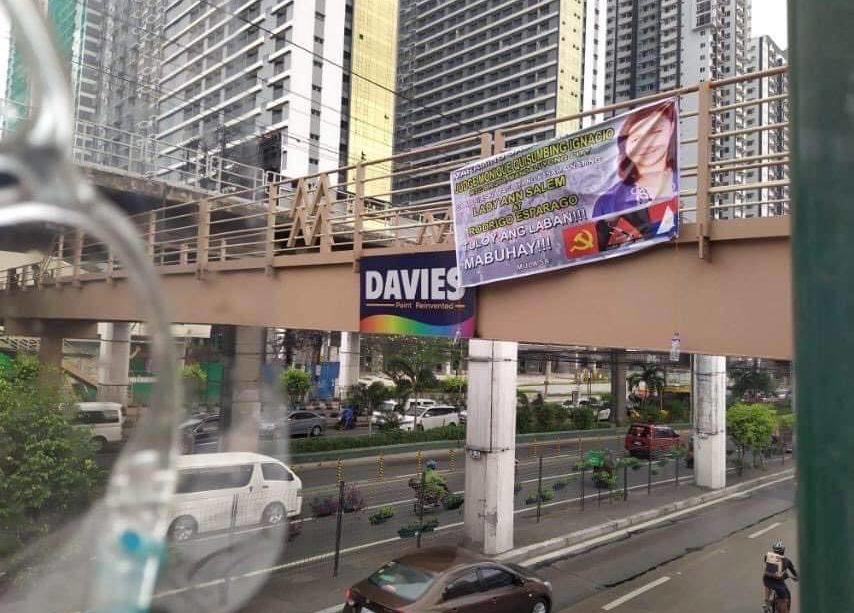 We express deep concern on the malicious tarpaulins that featured Mandaluyong RTC Judge Monique Quisumbing-Ignacio, which were seen on at least two pedestrian bridges along Edsa. The effort is apparently aimed at harassing the judge for issuing a favorable resolution to the case of journalist Lady Ann and unionist Rodrigo Esparago.

The attempt to connect Judge Ignacio to communist organizations clearly intends to discredit the court’s basis for dismissing the charges against Lady Ann. The Mandaluyong court junked the case because of evidence: the search warrant issued by controversial Judge Cecilyn Burgos-Villavert was downright defective, and testimonies by supposed witnesses were contradictory.

Moreover, the manner of arrest, the planting of evidence, and the consequent charges of illegal possession of firearms and explosives against Lady Ann are the same modus operandi used by state forces against journalists, critics, and progressive leaders. They are without basis and will certainly not stand on a fair court.

We are concerned for the safety of our colleague Lady Ann who, although released from detention, is once again red-tagged. We denounce this newest attempt to vilify our colleague, and we request our fellow journalists and press freedom advocates to continue supporting Lady Ann and other truth-tellers under attack.