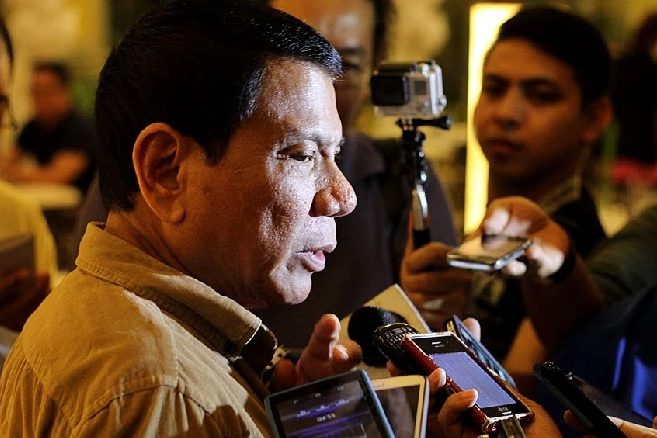 PRESIDENT Rodrigo Duterte’s support for the resumption of peace talks with the National Democratic Front of the Philippines (NDFP), his pledge to release political prisoners involved in the talks, his designation of two nominees (out of a promised four) of the Communist Party of the Philippines (CPP) as secretaries of the Departments of Social Welfare and Agrarian Reform, and his declared commitment to address poverty have encouraged hopes for  meaningful change in a country whose ruling elite has prevented it for decades.

But as encouraging as these progressive initiatives may be, there is reason for concern over his statements, which are likely to assume the force of State policy, on how he intends to address criminality and the illegal drug trade, as well as on his relationship with, and his views on, the press and media.

Duterte’s pledge to have Congress restore the death penalty and to make hanging its means of implementation are particularly problematic. If the first is retrogressive – and hardly a deterrent to crime while at the same time premised on judicial infallibility – the second is even more medieval for its all too obvious intent to cause as much suffering as possible.

These emergent policies Duterte has declared as necessary to deter crime. As troubling as these already are, his other statements – his encouraging the killing of crime suspects who resist arrest and his declaring that he would protect policemen who do so, his offer of bounties for the capture of suspected drug dealers – are equally worrisome.  The latter could give rise to a race among bounty hunters for victims, among whom are likely to be the innocent as well as the guilty, while the former would enhance even further the culture of impunity already prevalent in police and military ranks.

The same dire possibility lurks in Duterte’s statements about the killing of journalists, which have been interpreted, though perhaps mistakenly, as encouraging such killings. Despite protests from his spokespersons that he did not mean to do so, those statements could result in more journalists killed in the expectation of the perpetrators that they will escape punishment.

Immunity from punishment is at the heart of the culture of impunity. Ironically, its enhancement would be in conflict with Duterte’s focus on penalizing wrong doers. In the same category of irony is the fact that while  Duterte has  erroneously  declared  that the journalists killed were corrupt, the reality is that some 90 percent of the 152 killed for their work in radio, TV and print since 1986 were exposing corruption and criminality or were involved in such advocacies as good governance and environmental protection.

The media are in fact among Duterte’s likely allies in the campaign against corruption, but his antipathy to being asked tough questions and his apparent misunderstanding of the press and media’s role in society have caused him to shut the door to that possibility.

Duterte has also pledged to issue an executive order mandating public access to government-held information while he himself has refused interviews with the media and has designated government media as the sole vehicles through which he will communicate with his constituencies. State media, both because of their dependence on government for their financial survival as well as for their accustomed way of reporting whatever administration is in power in the most favorable light, are hardly the best qualified to provide the public unbiased, fair or even accurate information about what the administration would be doing, plans to do, or what its policies and intentions are. But the fundamental issue is that democratic governance is premised on, among others, the availability of a plurality of sources of information out of which the citizenry can arrive at some understanding of events as a precondition to active engagement in the public sphere. A single source of information is of no value to the realization of that democratic purpose.

While rightly optimistic about the prospects for peace talks and reform during the Duterte administration, the alternative press and media need to be critical of those other aspects of his emerging policies, among them in the areas of human rights and the responsibilities and rights of the press as indispensable instruments in the people’s right to information, and, even more fundamentally, its role in empowering the public in the quest for meaningful change in Philippine society.  Optimism as well as vigilance is the only appropriate responses to Duterte’s seeming contradictory policies.

Pooled Editorial | The Prez and the press