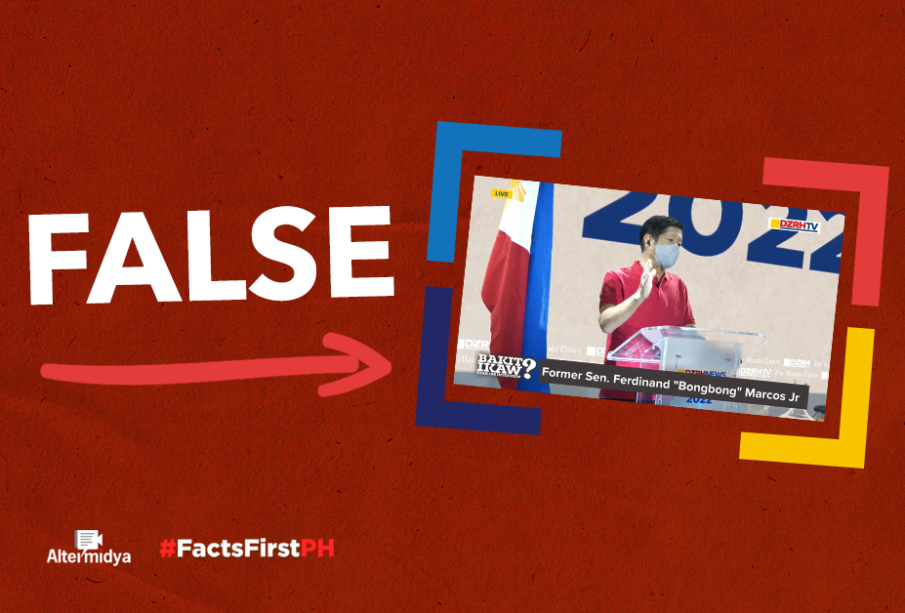 Last January 25, 2022, on the Manila Times-DZRH forum Bakit Ikaw? the DZRH Presidential Job Interview,” Ferdinand Marcos Jr. said that if he wins the presidency, he would attract foreign investors by resolving the country’s energy crisis by tapping other energy sources, particularly through reviving the mothballed Bataan Nuclear Power Plant (BNPP), which he claimed to have been left unused and closed “not because of any scientific reason,” but due to “politics.”

FACTS:
The Corazon Aquino administration mothballed the operation of the BNPP through the issuance of Executive Order 55 in November 1986, citing safety and economic reasons. EO 55 was issued some months after the deadly Chernobyl nuclear power plant disaster. The said document sets down the concrete reasons for discontinuing BNPP’s operations, dispelling claims that the nuclear plant’s closure is only a result of “politicking.”

The late dictator Ferdinand Marcos used the 1970s energy crisis to justify finding alternative energy sources aside from imported oil. He ordered the construction of BNPP in 1976, which was built at the cost of $1.2 billion financed through foreign loans. Despite the hefty cost, the nuclear plant never generated a kilowatt of electricity under the Marcos administration.

After the 1986 EDSA People Power, evidence surfaced alleging that a “front company” received millions of dollars in commissions paid by the Westinghouse Corp. in connection with the construction of the BNPP. The New York Times also reported that the late dictator received $80 million in kickbacks from the project.

Soon after the Marcos family fled the country, the Philippine government filed a case against Westinghouse and Burns and Roe for bribery and overpricing, but lost the case in 1992 after a United States court dismissed the suit.

Despite remaining closed and not operational, the Philippine government spends around P50 million a year to maintain the BNPP.

Why it matters
The BNPP is one of the stark reminders of how the late dictator Marcos’ administration used its position to amass wealth through kickbacks from big-ticket infrastructure projects, despite the risks connected with said projects. It is important to review the reasons why BNPP’s operation was discontinued, and correct claims that it was mothballed only because of “politics,” especially since the Duterte administration recently issued Executive Order No. 164 that established the country’s “Nuclear Energy Program,” which includes revisiting the viability of operating the BNPP, despite repeated warnings from experts. -Rome Medina and Neil Dizon