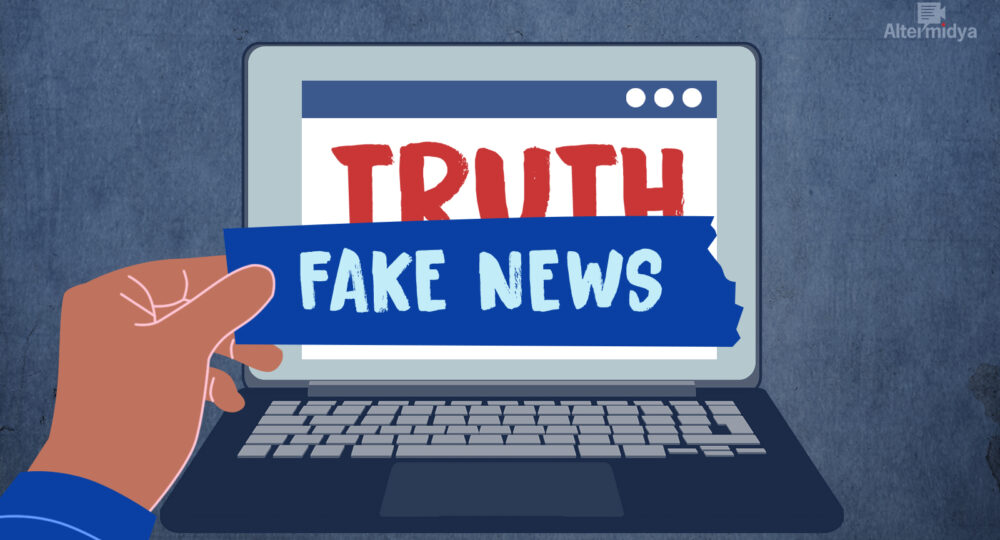 Altermidya Network condemns the latest attack against the network and one of its members, Ronalyn “Len” Olea of Bulatlat, in the show “Laban Kasama ang Bayan” aired by Sonshine Media Network International (SMNI) on October 11.

In the said episode, the show’s hosts – former National Task Force to End Local Communist Armed Conflict (NTF-ELCAC) spokesperson Lorraine Badoy-Partosa, self-styled rebel returnee Jeffrey Celis, and Yna Mortel branded the Altermidya Network an “Internet operator” (sic) of the Communist Party of the Philippines (CPP), and red-tagged Olea, who is currently Bulatlat’s managing editor and secretary-general of the National Union of Journalists of the Philippines.

The term “Internet operator” is an obviously fabricated title that shows how desperate these fake news peddlers are in vilifying critical journalists.

This attempt to discredit Olea comes after a Quezon City court dismissal of the motion for consideration filed by the National Telecommunications Commission and retired Gen. Hermogenes Esperon on the temporary unblocking of Bulatlat’s news site.

This is not the first time that these personalities, along with SMNI, tried to portray alternative media practitioners and independent journalists as a communist front without basis. The shows in SMNI even lauded NTC when it ordered to block several websites in June, which included Bulatlat and Pinoy Weekly, for alleged communist links.

We join the Philippine media community and the Filipino public in demanding accountability against those who seek to impugn truth-tellers. Red-tagging puts journalists in great danger and benefits those who want the truth concealed.

The red-tagging must stop. The red-taggers must be held into account.