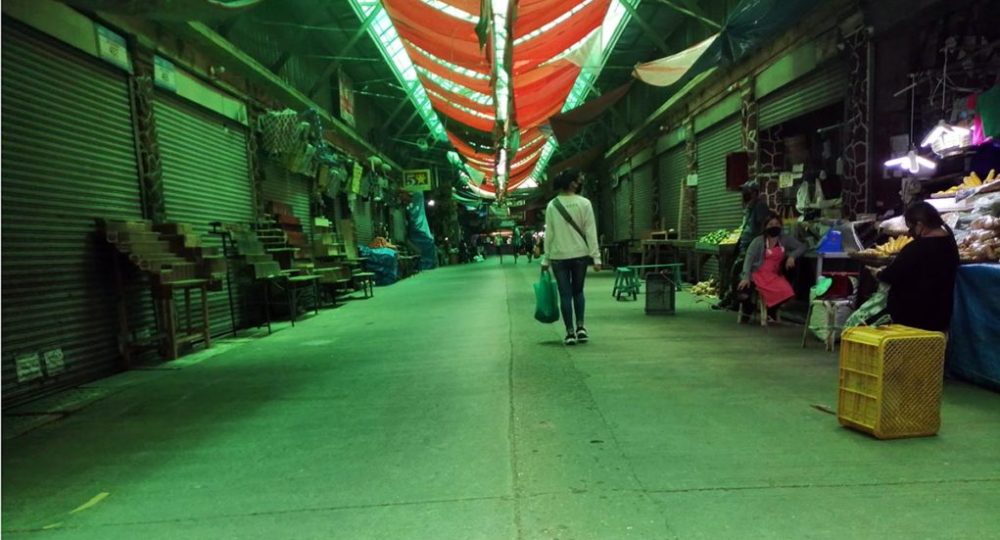 The 1990 Build-Operate-Transfer Law (RA 6957) opened opportunities for corporations to invest in projects that used to be reserved for government. It also allowed foreign capital infusion to government priority projects.

In 1994, the Ramos administration passed Republic Act No. 7718, which amended the BOT Law. The legislation broadened the scope of government agencies that covered by the law, the range of eligible projects and arrangements under the Public-Private Partnership (PPP). It also placed additional incentives for private investors and allowed the submission of unsolicited proposals.

The PPP Manual for Local Government Units (LGUs) said the scheme “addresses the limited funding resources for local infrastructure or development projects of the public sector, thereby allowing the allocation of public funds for other local priorities.”

According to the manual, public markets and shopping centers are two of the “most preferred projects” implemented by local governments using PPP “because of their high commercial value.” Usually, such projects are under the Build-Operate-Transfer (BOT) arrangement.

Under BOT, the proponent operates constructs and operates the facility within a specified period but not more than 50 years. However, the government and the private investor may agree on an extension. During the period, the proponent may collect rents and other fees for the use of the structure. After the term, the proponent will turn over the facility’s ownership and operation to the local government.

A closer look at Baguio City’s effort to undertake the public market redevelopment shows a preference for PPP with corporations. This choice is not surprising since the city government aggressively promotes the scheme to realize costly infrastructure projects.

The earliest bid for the project involved a deal with Uniwide. While the agreement did not materialize, the city did not abandon the idea of market redevelopment under PPP.

In 2018, the Public-Private Partnership for the People Initiative Selection Committee (P4-SC) bared 16 projects under the 4-year year Local Development Investment Program (LDIP). The projects, which included the development of the public market, are set for implementation from 2018-2022.

Mayor Benjamin Magalong himself manifested to the city council his preference for PPP for the public market development. The mayor and City Administrator Bonifacio Dela Peña underscored during the June 29 executive-legislative that SM and Robinsons are offering to undertake the project at no cost to the city.

Both officials reiterated this advantage when they spoke at the July 6 city council session. The mayor also said that the proponents are investing even with a conservative profit and payback period because they want to leave a legacy and help the city.

Both SM and Robinsons proposed a 50-year lease, the maximum period allowed under the PPP law.

Robinsons, the original proponent status (OPS) recipient, added to its offer a 25-year automatic renewal of the contract. Its bid also stipulates that the company can take up to 90 percent of its P2.5 million monthly remittance to the city to recoup the P1.3B investment for the market building.

Meanwhile, SM’s total rent for the entire lease period is P2.14 billion. However, the amount is inclusive of the cost of the two-level public market (P1.28 billion), the temporary public market (P660 million), relocation of tenants to the temporary market (P75M), and demolition of existing structures (P75M). This leaves the city P50 million from the Signing of Notice to Proceed, which is part of the P200 million “advance rent”.

The proposed lease arrangements belie the claim that the proponents will undertake the project at no cost from the city. The terms stated in the proposals mean that the companies will earn revenue from the commercial structures they will manage. At the same time, they will also recover part of their investment through rent deduction.

Tongtongan ti Umili Secretary-General Jeoff Larua said that contrary to what the city administration want people to think, the investors are not shortchanged under PPP arrangements. He underscored that no investor would care to put capital on ventures without ensuring their profit.

“PPP mandates that private sector investing in projects under the scheme gets a reasonable rate of return for their investment,” he said.

According to him, investors are not aiming to leave a legacy but a long-term advertisement for their business and products. He said the mall giants’ investment proposals are meant to ensure their profit rather than help Baguio.

Larua explained that companies investing in PPP projects also receive tax incentives such as real property and business taxes deferral. In addition to the incentives, they also get risk guarantees and fiscal supports.

The LGU’s PPP manual define risk mitigation for PPP as a “process of formulating strategic policies or policy adjustment for the benefit of private sector partners.” According to the government, the aim is to lower the investor’s risk to make the service more affordable.

PPP critics like Ibon Foundation surmised that components of the PPP scheme only ensure private profit from public undertakings. The institution said PPP deals like the Light Rail Transit and Metro Rail Transit and government socialize housing projects were disadvantageous.

The PPP manual lists among the key considerations before entering an arrangement is the project’s consistency to the LGU’s objective. The guidebook also noted that political acceptability is essential. It stated that “target beneficiaries must be given ‘co-ownership status’ of any such initiative – that is, people must have a positive perception of the project.”

Statements both on social media and formal petitions opposing the market development by mall giants and other big businesses are clear – they favor the market redevelopment. However, they are proposing that city should instead assist the consortium of market vendors to develop the market instead of granting the project to mall developers.

Larua said those criticizing the city government for the market development are against how the current administration plans to undertake it.

“Mayor Magalong promised to rehabilitate a market. He can fulfill this promise to the people of Baguio without erecting another mall,” he said.

According to him, the city government’s objective to have a modern market and the people’s clamor to allow the locals to own the facility truly is not impossible.

“The consortium of market cooperatives and the Baguio Heritage Foundation, Inc. offered sound means to fulfill both,” the Tongtongan leader said.

He said the city’s pronouncement that it is not capable of financing the public market’s redevelopment is “unthinkable”. According to him, instead of pushing for “a grandiose design”, it should undertake a more realistic plan that it can finance.

Larua underscored that genuine development should answer to the people’s needs and wants. He added that since the mayor said that the project is not a done deal, the “residents should remind city officials that we need and want a market, not a mall.” # nordis.net