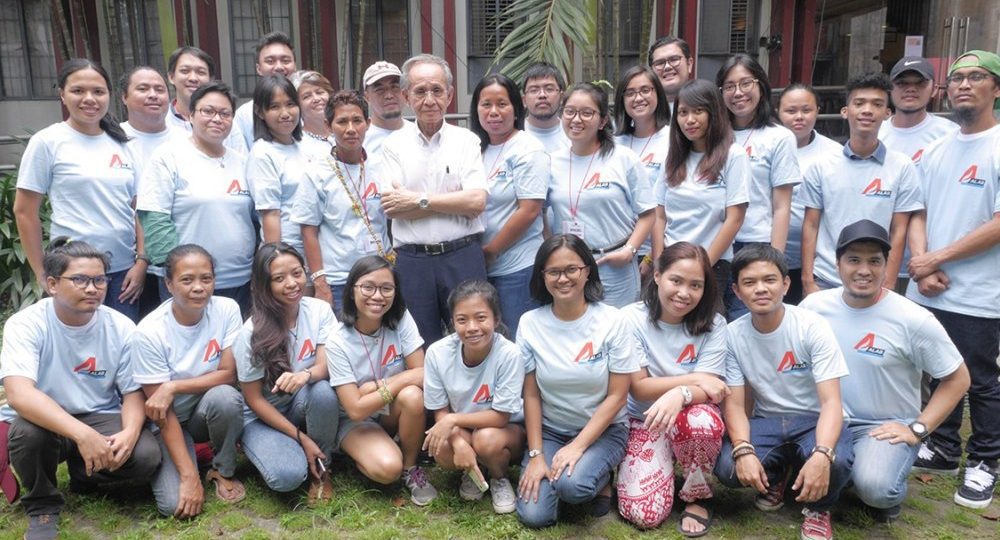 Paving the way for an alternative newscast

The AlterMidya (People’s Alternative Media) Network held a training workshop on Video Reportage for Human Rights last November 7 to 8 in the University of the Philippines College of Mass Communication, Diliman, Quezon City.

The workshop aimed to train the network’s video journalists from all over the country for the upcoming launch of an alternative newscast called ALAB (Alternatibong Balita). ALAB will be a newscast on underreported news and features that affect the most marginalized sectors of Philippine society.

AlterMidya national chairperson and former UP CMC dean, Luis V. Teodoro, gave a discussion on the Framework and Language of Human Rights Reporting, and the role of the alternative press. Teodoro said that the media is indeed a very powerful force in society. “It can repress or liberate, promote or hold back change, persuade, and structure definitions of reality,” he said.

He elaborated on the long history of the alternative press, which dates back to the anti-colonial movement. Writers and national heroes such as Jose Rizal, Marcelo H. Del Pilar, and Andres Bonifacio put up newspapers advocating for national liberation, and established the first truly independent Philippine press.

Today, the alternative media should be even more committed to truth-telling than much of the dominant or corporate-controlled media. “The key is to respect the facts. If the facts contradict one’s advocacy, that advocacy should yield to the facts,” Teodoro said.

He cautioned against the use of emotionally-charged words in the dominant media vocabulary, which he said were calculated to elicit a predetermined response. “Some words have been so misused that when they are used in the media, they are presumed to mean what the elite, local politicians and their allies, as well as imperialism, mean,” Teodoro said.

But Teodoro also said that alternative media must abide by the standards of ethical journalism, namely, truth-telling and accuracy (verification, multi-sourcing, contextualization), humaneness (respect for one’s subjects and compassion for the weak and powerless), independence (freedom from censorship and conflicting interests), and justice and fairness.

Gerg Cahiles, a reporter of CNN Philippines meanwhile discussed the basics of producing a news story for broadcast. He described how television news is made and elaborated on newsroom practices.

Abeer Saady, a well-known Egyptian journalist who has been proclaimed an “information hero” by Reporters Without Borders, discussed journalists’ safety based on her experience covering wars in the Middle East. She underscored the importance for members of community media to uphold professionalism and focus on their distinct roles as journalists when covering human rights issues.

At the end of the workshop, all participants were able to come up with a news report that is ready for broadcast, covering a range of issues from the jeepney phase-out to demolition of urban poor homes to human rights violations in the provinces.

The ALAB (Alternatibong Balita) newscast and current affairs program by the AlterMidya Network is expected to be launched in a few weeks.

In Bicol | Broadcast for Change: Community Radio Development in the Philippines