Home›Network›Randall Echanis: Funny guy who was serious at the negotiating table
Network

Randall Echanis: Funny guy who was serious at the negotiating table 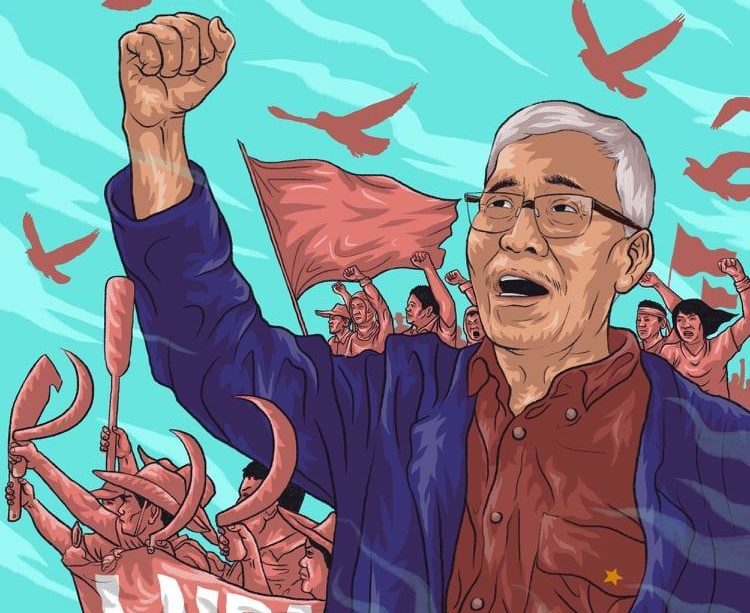 The many facets of National Democratic Front of the Philippines (NDFP) peace consultant Randall Echanis surfaced in the various tributes paid him since his gruesome murder a week ago today. Incongruous with his brutal death, the tributes pictured a tender and humorous person not beyond cracking jokes at this own expense or finding himself in funny situations. He was also a writer of some of the revolutionary Left’s most beloved poems and songs, even indulging comrades with the occasional singing and performances.

Detained three times and heavily tortured by three regimes in the past five decades, a stranger would be forgiven to assume that “Ka Randy” was a humorless person. But he definitely was not.

“Randall had a refreshing wry humor and was funny even without trying,” NDFP Negotiating Panel legal consultant Edre Olalia wrote on his first tribute to his long-time colleague in the peace negotiations with various administrations. Olalia recalled an episode in 2011 that Randall had to hold it long enough at the Utrecht train station because he had no Euro coins to pay to use the Wash Closet.

“I fondly recall how ‘brothers’ Fidel (Agcaoili, recently departed NDFP chief negotiator) and Randall engaged in unceasing juvenile banter and comradely taunts during idle moments or breaks in intense negotiations and serious consultations,” Olalia said. “And we had our own naughty private jokes and codes. And he can be gullible and childlike I tell you. But he is sharp and firm as could be. Simpleng tao pero matalim magsuri,” he added. (A simple person but sharp in his analysis.)

Ka Randy’s funny episodes continued up to the last formal talks he attended in Europe, this time with the Rodrigo Duterte government in January 2017.

[“One day, during a break between meetings and dinner, my companions proposed a walk to freshen their tired minds. There would be more meetings that night. The wanted to watch the sunset at the nearby beach. Along the way was a hotel. ‘It looks expensive here,’ Ka Randall said. ‘Let us have our pictures taken.’ Then he posed, and the lighting was good. ‘It’s time to leave. We don’t belong here,’ he said.”]

[If he had the chance, he had his hair dyed, as he has lots of white hair already. One time, it turned out brown.]

Echanis seemed to be a different person on the negotiating table, however, his NDFP Reciprocal Working Group on Social and Economic Reforms colleagues said. “Ka Randy was a funny guy, cracking jokes with poker face, which made his jokes even funnier. But he never joked around the formal negotiations, even if we knew it could have thawed some tensions. When asked why he was so serious at the peace table, he would simply say that peasants have sacrificed even their lives for the attainment of genuine agrarian reform. ‘It’s not a joke,’ he said,” Rosabella Guzman, resource person to the peace negotiations, wrote.

NDFP chief political consultant Jose Maria Sison said Echanis played a key role in the drafting of documents on agrarian reform and rural development, one that will be a basis of a future Comprehensive Agreement on Social and Reforms between the Left and the government. “He was outstanding as an advocate of genuine land reform, rural development and national industrialization. He was the National Chairperson of the Anakpawis Party List and Deputy Secretary General of the Kilusang Magbubukid ng Pilipinas and was a leading consultant of the NDFP on agrarian reform and member of the NDFP Reciprocal Working Committee on Social and Economic Reforms,” Sison wrote.

Not much known to younger activists was the fact the Echanis was himself a poet and songwriter.

During his third imprisonment under the Gloria Arroyo regime, Echanis wrote the poem “Hindi Ko Kayo Titigilan” inside the Manila City in December 2008. He was released in 2010 and have since participated in the first and only formal talks with the Benigno Aquino administration in January 2011.

He also participated in formal negotiations in Europe and in the Philippines between 2016 and 2018.

In one of the tributes to Echanis, cultural worker Edgie Uyanguren rendered the song “Sa Paglayo Ay May Paglalapit Din,” a song co-wrote by Echanis with Ramon Ayco. Written in Cagayan Valley in 1979, the song was beloved by revolutionaries and activists alike.

In a gathering after the first formal talks between the NDFP and the Duterte government in 2016, Echanis performed an Ilokano revolutionary songs with fellow peace consultants from Northern Philippines, Kennedy Bangibang and Randy Malayao. Malayao himself was assassinated in January 2019.

Echanis is most intimately remembered by younger agrarian reform activists as a positive and objective leader, a calming presence in the face of adversity.

[His comments were always constructive. Even if the UP Manila chapter had the least number of members, I was never discouraged as chapter leader because of his encouragements.]

[‘It’s very beautiful! It’s very red, right Amihan?’ The t-shirt was not exceptional, in fact. But I felt that someone appreciated our efforts, not just in the production of the shirts but in our organizing of fellow students that entire year and beyond. He repeated the compliment when we saw each other while I was still with NNARA-Youth.]

Mabalay said Echanis was always appreciative of every initiative, effort and sacrifice, both to students and veteran activists like himself. He was never one to let anger get the better of him, even during heated discussions. She added that she liked when Echanis was present in meetings as the good points were duly appreciated and weaknesses were pointed out.

“He gave everyone a chance, based on the principles of serving the people. That’s why I called him Tatang (father),” she said in Filipino.

Echanis was buried at noontime today at the Loyola Memorial Gardens in Marikina City. # (Raymund B. Villanueva)

With finality, SC allows Filipina on death row to testify vs illegal ...