Home›News & Features›Reviving the steel industry, and other steps towards national industrialization 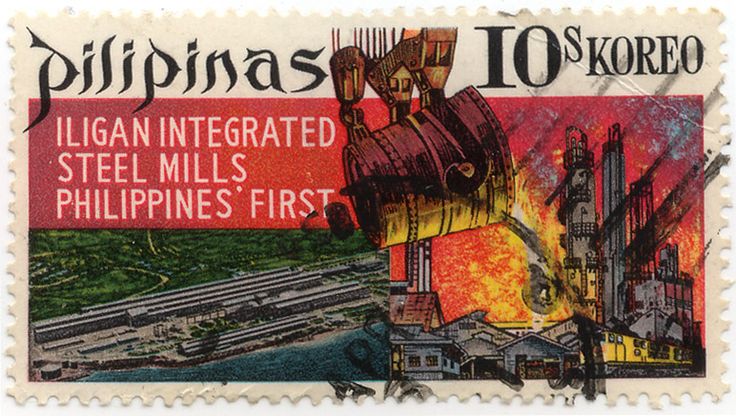 Reviving the steel industry, and other steps towards national industrialization

Pres. Rodrigo Duterte seems to move towards his promise of reviving the steel industry by appointing steel industry pioneer Ramon Jacinto–more commonly known as a musician–as his economic adviser.

“We agreed that reviving and finally finishing a Philippine Steel Mill is needed if we want to spawn manufacturing and build our country. Going out of the country must be a choice, not a necessity. The jobs must come here, not we go to the jobs.”

Indeed, “a genuinely Filipino iron and steel industry” has long been neglected under neo-liberal policies and deserves attention, according to IBON Foundation.

“Our industrial backwardness has huge adverse implications. It results in massive domestic joblessness. Buying imported goods supports jobs abroad rather than in the country. Exporting our raw minerals and agricultural resources for processing in other countries creates jobs in those countries rather than here,” it said.

“The absence of a robust, integrated Filipino industrial sector keeps our science and technology backward, keeps us dependent on foreign goods and services, and prevents us from benefiting from our natural resources.”

So how can President Duterte make the planned revival of the the steel industry an integral part of national industrialization—a strategy for national development that no administration has yet adopted?

In the People’s Agenda for Change that was personally submitted to Duterte by various sectors shortly after his inauguration, there were proposals on how to move forward with national industrialization.

Here are some of them:

It is not only Duterte that identified the national steel industry as important. Several sectors placed it as one of the priorities for industrialization, along with industries in agricultural machinery and processing; information and communication technologies; water and power utilities; and transportation.

An integrated steel industry is important to an economy mainly for three reasons, according to IBON. Almost all aspects of production and consumption need steel to function, potentially linking industries to each other. Steel also helps in creating domestic capital, and advancing science and technology.

Thankfully, the country is rich in base metals that can produce steel alloys: it ranks third in gold, fourth in copper, fifth in nickel, and sixth in chromite.

But right now, the production of basic metals and metal products—mostly by a handful of big foreign firms—accounts for less than 5% of manufacturing.

It is said that the Philippines would have been successful in creating integrated steel mills— like neighbouring countries Indonesia, Thailand, Malaysia and Vietnam—if not for neoliberal policies, which started to undermine the domestic economy in the 1980s. With increasing reliance on imports, steel companies in the 50s and 60s were either forced to close or were acquired by foreign firms.

The country cannot industrialize if this continues, said IBON:

“The benefits of having a steel industry will not materialize, or at best be very limited and shallow, if this remains under the control of foreign [firms]. Foreign investors will operate primarily on the basis of what is profitable for them rather than what is needed for the development of the national economy.”

This, apparently, is the experience of every country that has built its own domestic iron and steel industry, including Japan, South Korea and India.

In a couple of public speeches, Duterte has criticized “unfair” agreements under the World Trade Organization (WTO)—among the 44 investment and trade agreements the Philippines has under the framework of neoliberal globalization. The proposal of progressive economists is to amend, suspend, or terminate such agreements, so that there will be bias for Filipino rather than foreign companies.

These so-called free trade agreements are said to have inflicted great damage on the country’s economy. Considering that the Philippines is a largely agricultural country, agriculture’s share in the economy is down to 9%, while manufacturing is still on about the same level as it was decades ago.

3. Foreign investments within the framework of national industrialization

For decades, the government has allowed foreign capital to control the economy, reducing Filipino firms to becoming mere subcontractors of foreign manufacturers. The Philippine Economic Zone Authority has provided the latter with hefty incentives, like six-year income tax holidays. These incentives should be reviewed and eventually removed, proponents of national industrialization say.

Even Jacinto believes that with the current set-up, “we still get crumbs” from foreign firms operating in our country. After all, aside from incentives, they enjoy cheap labor due to low wage levels, and exploit our abundant natural resources. With thousands of Filipinos leaving daily to find work abroad, relying on foreign investments without a national industrialization strategy is also obviously not the answer to domestic job creation.

On the contrary, national industrialization would require foreign firms to uphold workers’ rights and welfare and the protection of the environment. There should also be “equity limits, technology transfer, and local content requirements” for foreign investors—the opposite of lifting foreign ownership restrictions through Charter Change, which members of the Duterte economic team and the business elite are continuing to push for under the new administration.

In 2012, a group of small and medium business owners launched “Buy Pinoy, Build Pinoy.” The campaign aims to encourage Filipinos to both buy and make Filipino products through consumer education and policy advocacies. According to former Bayan Muna Rep. Teddy Casino:

The campaign was integrated into the proposed People’s Economic Agenda. Right now, 25% of MSMEs contribute to export revenue, but most of the businesses just distribute imports. The recommendation is to “encourage MSMEs in ways that contribute to long-term national industrialization, rather than towards being chronically subordinate to currently more advanced foreign firms.”

Also, a Department for Industry and Commerce was proposed, to give emphasis on developing Filipino industries. What’s wrong with the current Department of Trade and Industry? “It has encouraged trade and enclave import/export operations at the expense of Filipino industry,” the paper said.

In the long run, to achieve national industrialization, Filipino industrial science and technology also has to be developed independently, and respond to the people’s interests— rather than to that of foreign capital.

At Duterte’s first State of the Nation Address approaches, everyone is awaiting his over-all strategy to achieve the “change” he has promised to bring to the country. For progressives who have long been clamouring and struggling for change, now is the opportune time for the Philippine government to break free from neoliberal policies that have been responsible for much of the country’s economic backwardness and widespread poverty, and finally work towards becoming a sovereign nation.

With reports from Danielle Isaac

E.O. on Freedom of Information a welcome move, but FOI legislation still ...