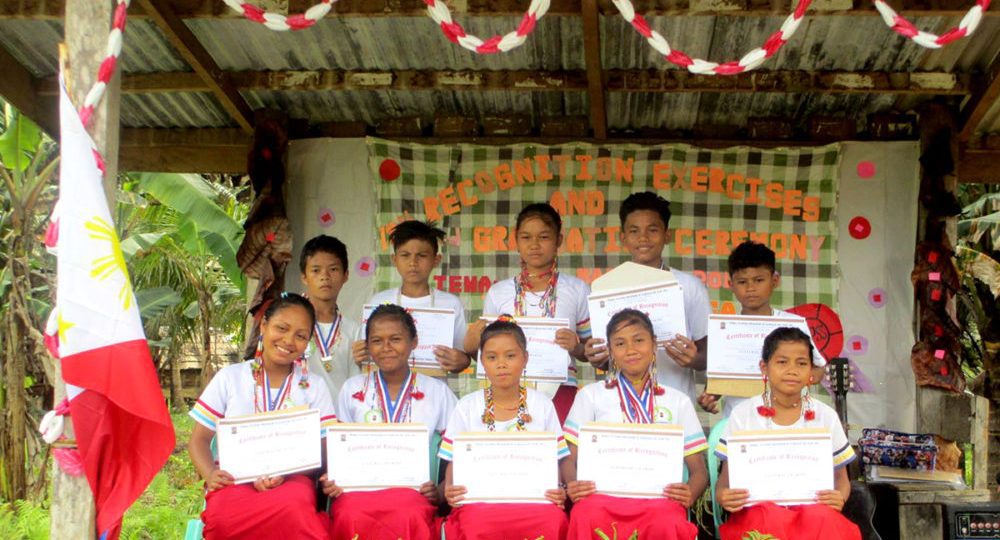 As soon as the clock strikes five in the morning, 13-year-old Dimlestyr Dumanglay, a grade six student of the Tribal Filipino Program of Surigao del Sur (TRIFPSS), sets off to the field to plant crops. He has cultivated these crops for several weeks, and looks forward to harvesting.

But just before the harvest, he and other villagers of Brgy. Diatagon, Lianga, Surigao del Sur were once again forced to evacuate, barely a year after they were able to return home following the massacre of their school principal and two tribal leaders last 2015.

Disrupting their lives was the arrival of soldiers and members of the paramilitary group Alamara—the same group who was responsible for killing Emerito Samarca, Dionel Campos, and Datu Bello Sinzo last Sept. 1, 2015. They encamped in their homes and school–known in international humanitarian law as an act of using civilians as shields against their enemies.

Dumanglay and other students of TRIFPSS and the Alternative Learning Center for Agricultural and Livelihood Development (ALCADEV) Inc. traveled to Manila and are now housed by the International Center in the University of the Philippines-Diliman. They are calling on the government to stop the attacks on Lumad schools.

In a press conference after his State of the Nation Address, Pres. Rodrigo Duterte threatened to bomb Lumad schools, which he said were operating “illegally,” and are being used by the communist New People’s Army (NPA).

This has been denied by ALCADEV and TRIFPSS, showing registration papers and even awards that the schools have won.

Students from the Lumad’s free Alternative Learning System said that agriculture is taught along with common subjects such as mathematics and science. There are 27 to 30 students per class.

However, their hours in studying inside the classroom and applying the lectures on farming in their fields are interrupted. Their teachers and other villagers are harassed by soliders and accused of being NPA members.

This has mostly been the case since 2004. As soon as the military begins its operations, the tribe readies its members to flee the village. “Kapag hindi kami umaalis, papatayin naman kami,” lamented Dumanglay.

Sobay said that soldiers and the paramilitary not only rob them of their crops, but also want the entire community cleared of the Lumad. Once the tribe is forced out of their ancestral lands, she said the lands will be used for the operations of mining companies.

Following Duterte’s threat to bomb Lumad schools, Save our Schools-UP Diliman released a statement condemning the president. It stressed that Lumad schools are legal, as they are part of the Philippine education system’s Alternative Learning System.

“President Duterte should know better than destroying communities which are built on our people’s strength and resolve to protect and preserve human lives and the environment,” SOS-UP Diliman stated.

Military abuses in their community have been more prevalent since martial law was declared in Mindanao. According to the students, villagers are more easily arrested and charged with “trumped-up” cases.

The SOS Network has recorded 27 cases of arbitrary arrest, detention, and filing of “trumped-up” charges against Lumad teachers and supporters.

Because of various human rights violations during the past year, which escalated under martial law, the Lumad from several provinces in Mindanao will once again embark on a Lakbayan to Manila. They are calling for the cessation of military operations in their communities and the lifting of martial law.

Among them are the students from embattled Lumad schools like Dumanglay, who believe that they are fighting for the right to education—and their right to live in their ancestral lands. “Kung maisip man ng mga kabataan kung bakit sila nakikipaglaban, nakikipaglaban sila hindi na para sa kanilang sarili. Nakikipaglaban sila para sa lahat,” he said.