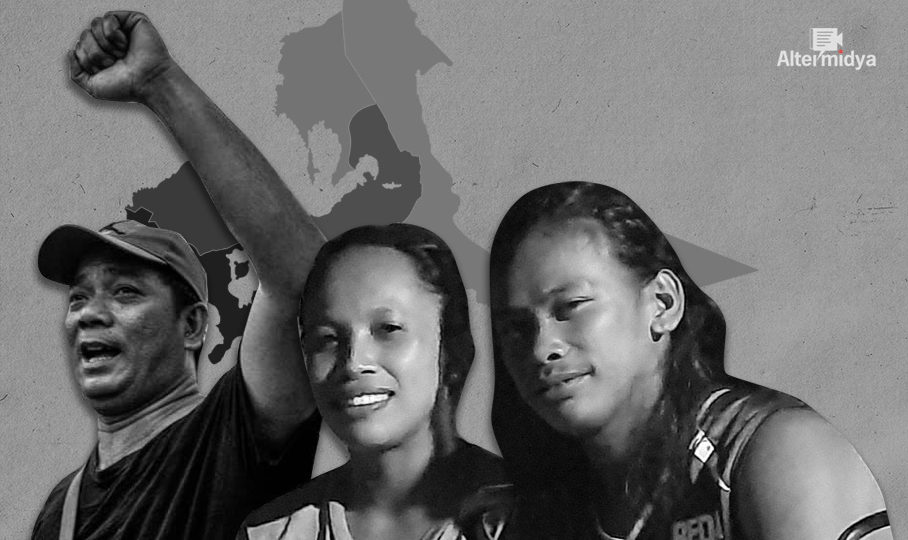 In the Philippines, murderers walk free to kill another day. But for human rights groups, they are clad in official uniforms, using official weapons, and bearing official titles. They are government forces mandated to serve and protect.

The latest in state-sponsored killings came last March 7 now dubbed “Bloody Sunday,” which saw nine dead and six arrested as part of a government crackdown on activists. The PNP Calabarzon called it COPLAN ASVAL or the Conduct of Simultaneous Implementation of Search Warrants. They said the targets were communists who had with them illegally possessed guns and explosives.

The nine killed, according to the police, all resisted arrest or “nanlaban,” the same term used to justify extrajudicial killings when the Tokhang operations started in 2016.

Human rights groups say the March 7 attacks against activists are not the first — and definitely not the last.

According to Calabarzon police, the bloody operations were in compliance with President Rodrigo Duterte’s Executive Order 70, which institutionalized the whole-of-nation approach toward “peace” and established the notorious National Task Force to End Local Communist Armed Conflict (NTF-ELCAC).

The outcome is far from peaceful, however, with more activists becoming the subject of red-tagging and human rights violations following the EO’s issuance in December 2018.

The Office of the United Nations High Commissioner for Human Rights in June 2020 even released a report recommending the review of the executive order and revocation of equally-contentious Memorandum Order (MO) 32, which deployed troops to Samar, Negros, and Bicol.

An event comparable to the ‘Bloody Sunday’ took place in Negros Oriental on March 30, 2019, when 14 farmers in three municipalities across the province were killed in a single day.

Human rights group Karapatan attributed the series of killings to the Philippine National Police’s Synchronized Enhanced Managing of Police Operations (SEMPO) or Oplan Sauron, alongside MO 32. Current police chief Debold Sinas led the SEMPO in Negros during this time. He was still the regional director of the Central Visayas police office back then.

A total of 15 Negros-based human rights defenders were also arrested as part of operations based on a set of search warrants issued by a “judge perceived to be partial to the police,” Karapatan noted.

Quezon City Executive Judge Cecilyn Burgos-Villavert was behind the search warrants that resulted in the mass arrests in 2019 and 2020. These individuals also include activist Reina Mae Nasino who gave birth to and lost her baby River under detention.

The Philippine Bar Association in December 2020 issued a statement expressing concern on reports that certain courts were turning into “warrant factories.”

Just recently, a Bacolod regional trial court granted the Negros activists’ motion to quash the search warrants issued by Villavert. The decision, according to Bacolod City Judge Ana Celeste Bernad, was based on the court’s ocular inspection of the areas where the arrests took place in 2019. The court noted that the search warrant failed to describe the particular location of the search.

Similar to Villavert’s warrants — which have been questioned for their vagueness, lack of sufficient probable cause, and inconsistent statements by police — the warrants used against the victims of the March 7 crackdown were also problematic. In the case of Manny Asuncion, for instance, the labor leader was shot dead after police raided their office in Dasmariñas City, even though the search warrant was for Rosario town roughly an hour away.

“This modus operandi of state forces have more patently and brazenly been used to justify the criminalization and unjust imprisonment of human rights defenders, community organizers, and activists of social causes under the Duterte administration, and moreso when the NTF-ELCAC was put into place through [EO 70] and the assumption of Debold Sinas into the PNP’s top posts,” Karapatan said in a statement.

The ‘modus operandi’ of state forces include red-tagging and threatening individuals and organizations, late-night to dawn raids using questionable search warrants based on false narratives, “tanim-ebidensya,” and the filing of trumped-up charges of illegal possession of firearms and explosives and other non-bailable charges. In several cases of extrajudicial killings, like the “Bloody Sunday” operations, the “nanlaban” narrative is used, human rights groups said.

In the “Bloody Sunday” killings, the targets had profiles similar to activists who were murdered or detained in previous years under the Duterte administration. They all shared advocacies like labor rights, land rights, housing rights, indigenous peoples’ rights, as well as the environment — mining, land-grabbing, and climate change.

Human rights groups in the Philippines call red-tagging as a “fascist strategy” historically employed to silence critics directly through arrest or murder, or indirectly through fear. According to Karapatan, critics are first tagged as members of communist organizations then are branded as “terrorists”, aiming to intimidate them into silence.

Red-tagging seems to be the state’s go-to tactic to suppress the opposition in the Philippines, according to Amnesty International, which said that the government “should seek to address legitimate criticism of its policies and practices.”

Add to this is the recent “Tokhang” resolution against activists approved by Cordillera officials, which legal experts called “illegal and unconstitutional.” According to them, the resolution by the Cordillera Regional Law Enforcement Coordinating Committee that urges police to conduct ‘tokhang’ to left-leaning personalites, will only compound rights violations against critics.

“The international community must know that ‘Oplan Tokhang’ is the method used by police to kill tens of thousands of civilians in the mis-named ‘war on drugs’ over the last five years,” ICHRP global council chairperson Peter Murphy said. “This resolution demonstrates that the Philippine state is planning to systematically kill its civilian critics. It is not ‘knock (on the door) and plead,’ but kick in the door and shoot.”