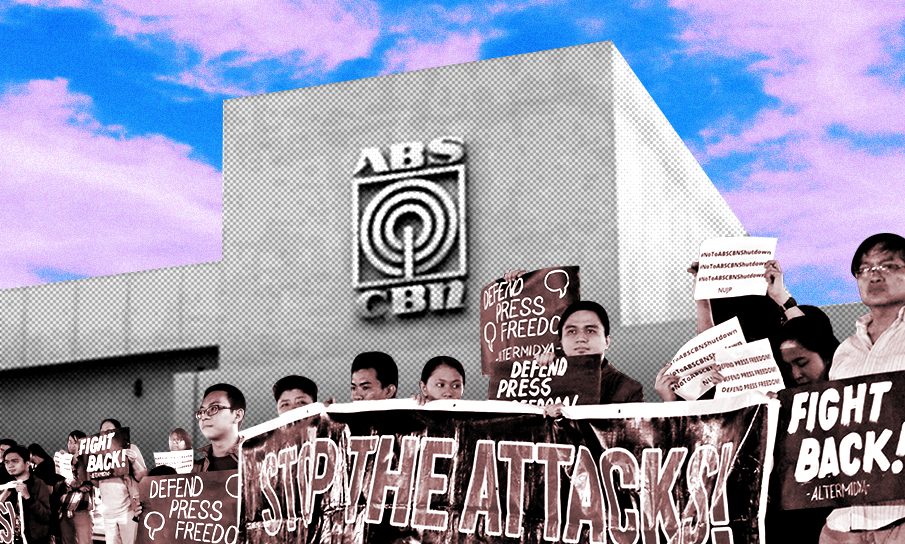 The attempt to block the renewal of the ABS-CBN franchise is part of the Duterte regime’s continuing assault on the constitutionally-protected right to free expression and press freedom.

With Congress having only a few weeks left before it adjourns on March 14, nine bills that would renew the broadcast network’s franchise are in a legislative limbo. ABS-CBN’s legislative franchise will expire on March 30.

The network’s franchise renewal issue has been raging for months, and the House of Representatives could have and should have begun committee deliberations on the proposed bills months ago, but Palawan Rep. Franz Alvarez – who chairs the committee on legislative franchises – has stopped all proceedings, even remarking that granting the network franchise renewal is a “matter of privilege and not a right.”

This assault on free expression and press freedom is the doing of President Rodrigo Duterte, who lambasts ABS-CBN whenever he can, accusing the network of “bias” and of “swindling” him by allegedly not airing some of his paid political advertisements during the 2016 presidential election campaign, as well as not paying proper taxes.

But the ABS-CBN issue is not only about revenge. It is also about limiting public access to information, and is a form of prior restraint and consequent punishment. It is about preventing the network from airing reports on government that the regime finds unacceptable, as well as punishing it for its reports on such issues as Chinese aggression in the West Philippine Sea and for interviewing regime critics and members of the opposition. It is censorship plain and simple.

The Supreme Court has repeatedly warned against measures that abridge press freedom. In Gonzales v. COMELEC (1969) and ABS-CBN Broadcasting Corp. v. COMELEC (2000), the high court stated, “Doctrinally, the Court has always ruled in favor of the freedom of expression, and any restriction is treated as an exemption.” In Social Weather Stations v. COMELEC (2001), the SC further said, “Any system of prior restraint comes to court bearing a heavy burden against its constitutionality. It is the government which must show justification for enforcement of the restraint.”

Granted that without the use of the airwaves, ABS-CBN can still release materials through other media including online. But that part of the population heavily reliant on TV and radio for information and updates on current events will be severely affected. To apply prior restraint to one of the largest broadcast networks in the Philippines is not only unconstitutional and a disservice to the Filipino people, but also a blow to the people’s right to know. It is all of a piece with the regime’s assault on other media organizations that have dared tell the truth about the present state of the country under the boot heels of fascist rule.

We believe that blocking ABS-CBN’s franchise renewal is part of the ongoing assault of the administration on the media. From the unrelenting attacks against media organization Rappler, to the nonstop red-tagging and arrests of community journalists in the past months, as well as the cyberattacks on alternative news sites, it is apparent that the Duterte administration will stop at nothing to intimidate the media and invoke a chilling effect on its critics.

AlterMidya calls on the entire press and media community to demand not only the renewal of the ABS-CBN franchise, but also to stop the attacks on the rest of the media as well as those individual journalists that the regime has targeted for their dedication to the fundamental responsibility of providing the people the information they need in these times of fear, uncertainty and violence.