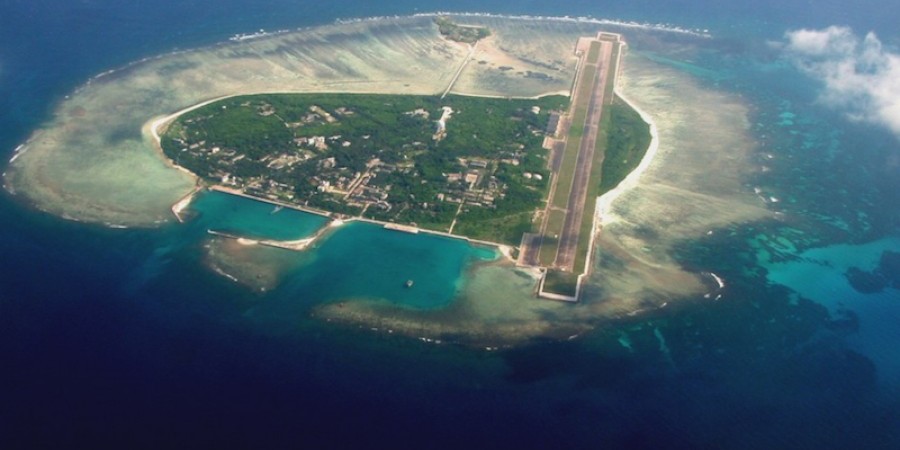 So they don’t call it “US bases.” But the Enhanced Defense Cooperation Agreement (EDCA) upheld recently by the Supreme Court does allow the US military to build and operate structures, train and deploy forces, preposition and launch war material from practically anywhere in the country.

The Philippine government has already offered up eight military bases to the US under a “modernized version of the fixed military bases,” to quote Justice Arturo Brion, one of the four justices who ruled against EDCA because it violates Philippine sovereignty. Sovereignty, which on the other hand was too easily bargained away by the rest of the justices, in exchange for what Justice Antonio Carpio deemed as protection from the US against China’s territorial incursions in the West Philippine (South China) Sea.

But is the justification for the return of US bases in the Philippines in fact acceptable? Here are four reasons why it’s not.

1. The US does not even side with us in the dispute…much less categorically say that it will come to our defense in case of an attack.

The US government officially takes no position on China’s dispute with neighbouring countries like the Philippines. “We don’t take specific positions on the disputes between nations,” President Obama said in his visit to the Philippines in 2014. US Secretary of State Hillary Clinton said the same thing in a visit to China in 2012.

And while Obama has called on the Chinese government to stop construction in the West Philippine Sea islands, the US is careful with any acts of its own that could be deemed provocative. It has ventured only once in the disputed waters, touting it as a “freedom of navigation” mission, and which was intentionally kept under wraps by the White House.

Still, Philippine government officials love to quote the 1951 Mutual Defense Treaty (MDT) to claim that the US will defend us against China. The MDT says that “each party recognizes that an armed attack in the Pacific area on either of the parties would be dangerous to its own peace and safety and declares that it would act to meet the common dangers in accordance with its constitutional processes.”

However, such a provision—found in other US mutual defense pacts—is vague and does not provide for automatic retaliation from the US. Pointed out decades ago by nationalist senator Claro M. Recto; the same is pointed out by US defense analysts today. The principle on “collective defense”—which the US and Philippine governments used to justify the Cold War-era MDT—has only actually been invoked once under a US mutual defense pact: the North Atlantic Treaty Organization, right after the 9/11 attacks.

In contrast with the US position of neutrality on our conflict with China, it has been more unequivocal in its support for Japan’s territorial claims over the Senkaku Islands in the East China Sea, and its promise of military defense of Japan in battling China. “I want to reiterate that our treaty commitment to Japan’s security is absolute, and that Article 5 covers all territories under Japan’s administration, including Senkaku Islands,” Obama said in 2015. Article 5 of the US-Japan Security Treaty is the same provision on collective defense found in the MDT—yet you don’t hear the US government invoking it in defense of the Philippines. The US simply values its relationship with China more.

2. The US military already has a strong presence in Philippines ever since China started its territorial incursions. But not once have they actually helped us fend off the Chinese.

During the 2012 standoff at the Scarborough Shoal—located only 124 nautical miles from Zamboanga and a source of livelihood for many Filipino fishermen—the US did not come to the aid of the Philippine Navy when it tried, unsuccessfully, to arrest Chinese fishermen illegally fishing in the area. Far outnumbered by Chinese ships who never left the area, the Philippine Navy eventually pulled out. Since then, the Chinese has been able to close off the shoal from Filipinos (with gunboats hosing down and forcing away our fishermen), effectively occupying Filipino territory despite heavy US military presence elsewhere in the country through regular joint exercises, rotational deployment of US troops, and port calls.

3. US military aid has not modernized the Philippine military and has in fact made it more dependent.

The Philippine government still treats as much-needed aid what others might call as US military “junk.” In 1976—a good 25 years after the MDT was signed and US bases were set up—the US gave us one of its World War II tank landing ships. Renamed BRP Sierra Madre, it has been guarding the Ayungin Reef (part of the Spratly Islands, 105 nautical miles off Palawan), even though the ship is practically falling apart and is a hazard to the Navy men onboard.

The only two warships owned by the Philippine Navy, BRP Gregorio del Pilar and BRP Alcaraz, are US decommissioned ships that cost more to maintain. The US government actually saved $10 million in disposal costs by handing over each used Hamilton-class cutters. Meanwhile, the Philippine government spent $15 million in the acquisition and maintenance of each of the warships, which were also stripped off their weapons. Even the Department of National Defense has admitted that it is “more expensive” to maintain second-hand vessel than buying a new one.

Experts say that dependence on US military hand-me-downs—and corruption within the ranks of the military—actually hamper the modernization of the Armed Forces of the Philippines (AFP) more than anything else.

Besides, the EDCA itself does not even state exactly how the US will help modernize the AFP. “The agreement does not say how the AFP will acquire X amount of weapons, ammunition, vehicles, vessels and technology as benefits for the use of our facilities. In fact, all relocatable or movable items owned by the US forces will be brought back to the US, leaving us with only empty buildings. Prepositioned materials which include weapons shall be for the exclusive use of US forces and can be moved out of the country anytime,” said Renato Reyes, secretary general of Bagong Alyansang Makabayan (Bayan).

4. It actually puts us in a greater risk of war.

The presence of US military bases has never averted war with another nation—in fact, it has only dragged us into wars waged by the US elsewhere in the world, such as what happened during the Korean and Vietnam wars, when the Subic Bay Naval Base and Clark Air Base were used extensively by the US as launch pads for major military operations.

The opening up of smaller, but more widely dispersed bases to American forces is actually in line with the Pentagon’s lily pad strategy for maintaining global power. As opposed to fixed bases, lily pads or “forward operating sites” aims to reduce costs for the US military (the EDCA, for instance, allows the US rent-free access to our facilities and utilities), as well as assuage public opposition to (and in the case of the Philippines, circumvent a constitutional ban on) foreign bases.

This does not mean, however, that these small-to-midsize bases do not eventually become sprawling areas wherein US forces exercise full control, such as the Soto Cano Air Base in Honduras. In Thailand, the Utapao Naval Air Base is not formally a US base, but through a lease agreement with a private contractor has become a major logistical hub for US aircraft and naval vessels heading to wars in Iraq and Afghanistan, according to journalist David Vine, author of the book Base Nation: How US Military Bases Abroad Harm America and the World. The Thai military calls the air base a “disaster hub”—much in the same way that Philippine officials say that the US military is here for mostly humanitarian reasons. But in truth, disaster relief is only a small portion of what the US forces do there, which are mainly combat-related.

Needless to say, in light of the Supreme Court ruling on EDCA, China’s official Xinhua News Agency has commented that, “The US military intervention in the Asia-Pacific will only escalate tensions in the region,” saying that it is a “stupid move” that could bring the situation “to the brink of war.”

One of the petitioners against EDCA, meanwhile, calls the move nothing less than “ironic.” “I really find it ironic that we assert our sovereignty to China by emphasizing our dependency on the US,” said Sr. Mary John Mananzan, a church leader and convenor of the P1NAS Network.

Challenge in 2016 to the alternative press and media

Upholding our sovereignty and dignity