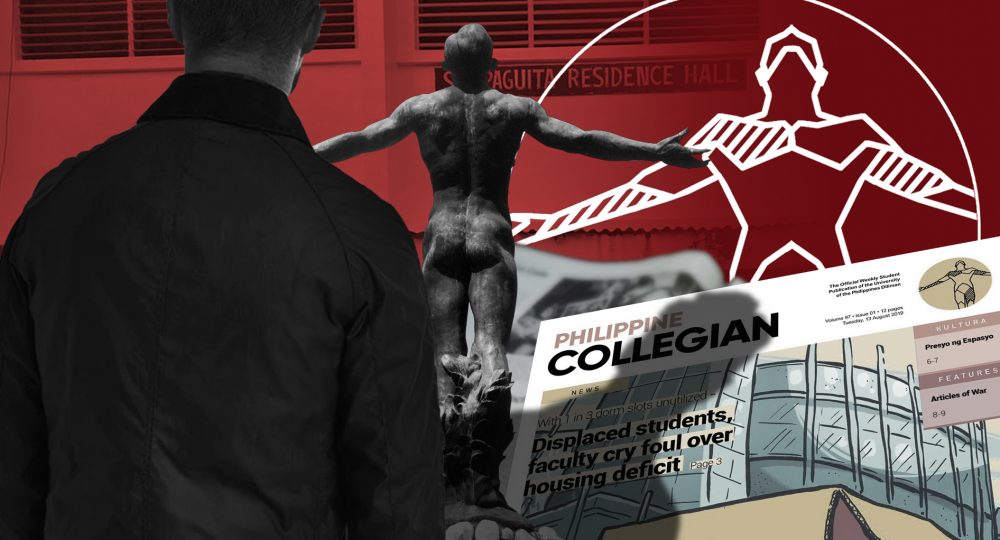 At around 9:30 p.m. yesterday, November 16, a certain Wilfredo Manapat tried to break in at the office of Philippine Collegian at Sampaguita Residence Hall. When confronted by Collegian staff members, Manapat said he would “do an inspection as part of surveillance”. Two of his companions stood outside the building. Manapat was then brought to the UP Diliman police station and when pressed for answer, he claimed that he was only looking for his colleagues.

The incident came a day after Interior and Local Government Secretary Eduardo Año warned that the National Youth Camp being held in UP might be used by “communist front groups” to agitate and recruit students.

Altermidya views the incident as a brazen attack on Philippine Collegian and the campus press. It is an attack on the right to press freedom and the right to free expression. We warn Secretary Año, who himself is implicated in the enforced disappearance of Jonas Burgos, against further labeling student organizations as communist fronts and therefore treated as targets by state security forces. Red-tagging always precedes grave human rights violations as we have seen in the recent raids and arrests of activists.

This is not the first time that members of the campus press have been red-tagged and subjected to surveillance and harassment by state security forces. In August 2019, police visited the office of The Pillar of University of Eastern Philippines and interrogated its editor-in-chief. In Bicol, police officers also red-tagged campus journalists from Ateneo de Naga University and Baao Community College, who were also officers of the College Editors’ Guild of the Philippines.

We stand in solidarity with the campus press, and call on our colleagues in the media and concerned citizens to denounce the State’s attempts to silence critics.

A year into Memorandum Order 32: Violence in Samar and Leyte intensifies