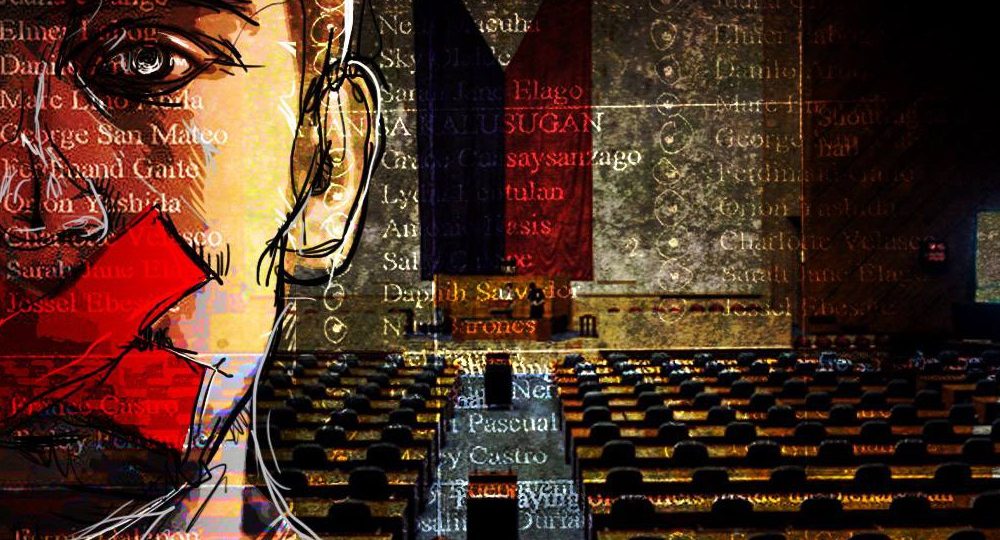 Altermidya expresses grave concern over the House of Representatives’ (HOR) blacklisting of at least 50 individuals including sectoral leaders and activists, a journalism professor, campus journalists, and media liaison officers of national student organizations, among others.

A memo dated March 18, 2015 with the subject “Blacklisted/Banned Persons to the House of Representatives” issued by the HOR’s Legislative Security Bureau attacks freedom of expression, curtails the freedom assembly and association, and undermines the principle of government transparency and accountability.

It was only this May 2015 that the security memo was divulged after members of the house security unit enforced more constricting measures and disallowed the entry of those associated with the Makabayan bloc of progressive partylists.

Those in the blacklist allegedly violated the rules of the House regarding “decorum” and “proper behavior” for making political calls during conferences and sessions, and for displaying banners and placards that bore the general sentiments of oppressed and marginalized sectors. These individuals were blacklisted without the benefit of due process.

We must never forget that an insecure government afraid of criticism and dissent will utilize all violent and repressive means possible to remain in power, however illusory that power has become.

Blacklisting individuals for expressing their views is directly violative of Article III Section 4 of the Constitution and is repressive and regressive, and reminiscent of martial law repression. We must never forget that an insecure government afraid of criticism and dissent will utilize all violent and repressive means possible to remain in power, however illusory that power has become. These include the dissolution of the campus and alternative press, which, together with student councils and nationalist sectoral organizations, were credible sources of truth during the Marcos dictatorship and subsequent administrations.

Clearly, barring the entry of individuals into the House of Representatives is a curtailment of both the right to free expression and the citizen duty to monitor and hold government to account. While persons included in the blacklist have played a pivotal role in ensuring transparency and accountability in government, the blacklist also imperils the right of all Filipinos to express themselves.

Meanwhile, the media officers and campus journalists cover House hearings from the people’s point-of-view, and help in inform the public on matters usually underreported or marginalized by dominant corporate-driven media. Many of those in the blacklist, including members of the academe, are also frequently invited by different House committees to share their expertise on the proposed legislation as key resource persons and credible sources of information.

Altermidya joins calls to review and lift the said security memo, in defense of the people’s right to freedom of expression, assembly and a free press.

Parago killing a military victory or a cowardly act?