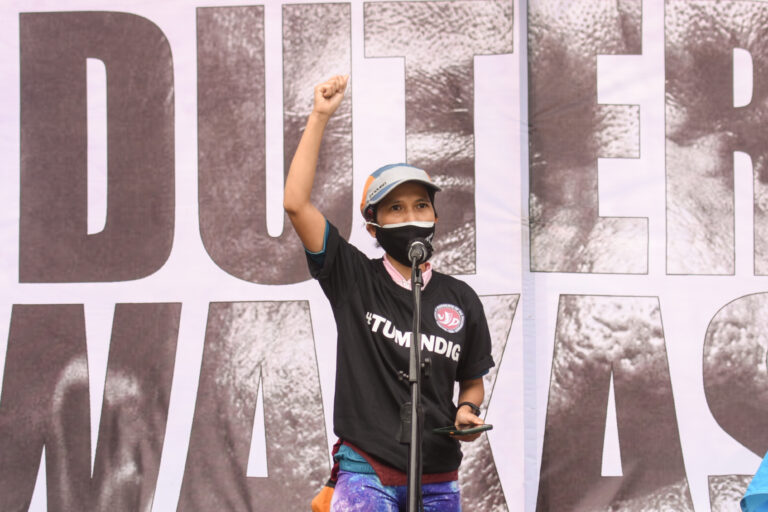 Bulatlat is raising the alarm over the recent red-tagging of its managing editor Ronalyn V. Olea.

In a recently-aired SMNI program, Len, as we call her, was portrayed as a so-called “operatibong internet operator” for the Communist Party of the Philippines, New People’s Army and National Democratic Front of the Philippines.

Her being red-tagged happened at a time when there are continuing attacks against journalists in the Philippines. Within the month of October, Percy Lapid was killed, Ed Lingao and Lourd de Veyra received death threats and the Court of Appeals affirmed the cyberlibel conviction of Maria Ressa and Rey Santos.

For nearly two decades, Len has been part of Bulatlat from her days as a contributor to becoming the managing editor of one of the country’s longest-running online news. She is a champion of human rights reporting, media workers’ welfare, and journalists’ safety.

In her fight for press freedom, Len is highly visible in the trial courts, in various fora and in the parliament of the streets. She fought those who dare to stifle press freedom and to curtail the people’s right to know. She stands in solidarity with fellow journalists and media workers under attack.

Through the years, she has trained many young journalists in the dominant and the alternative media, conducting workshops on topics like news writing and digital safety.

In our newsroom, the coffee she brews is as strong as her resolve to fight for a free press.

Bulatlat therefore calls on SMNI to stop red-tagging because it is a disservice to journalism.