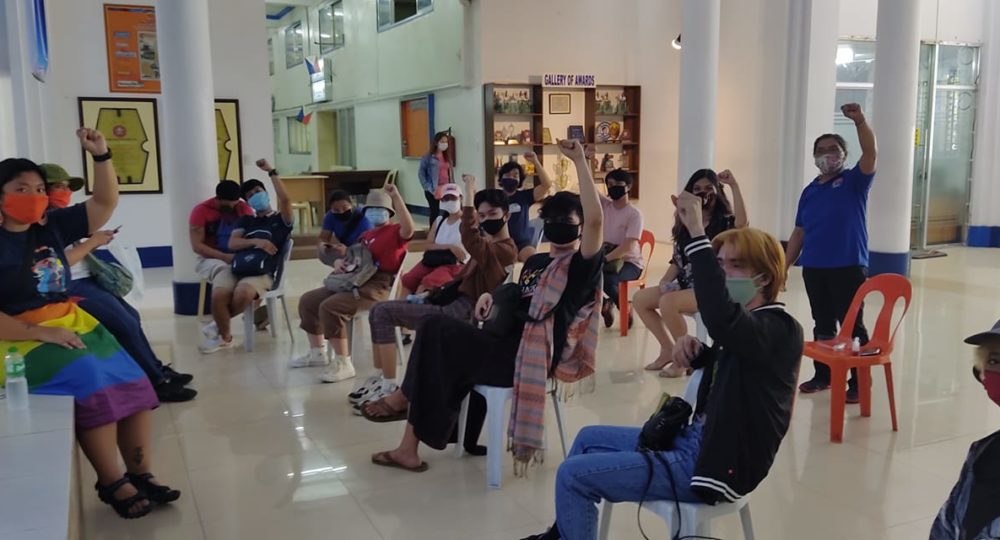 On December 29, Manila Prosecutor’s Office has formally dismissed the charges of resistance and disobedience to authority, illegal assembly, and violation of Republic Act No. 11332 against the arrested 20 individuals—dubbed as #Pride20—during the Pride March protest transpired on June 26 of the same year.

It must be noted that the Pride March protest was the first protest organized in Mendiola amid the Luzon-wide lockdown.

Not only the dismissed charges became a victory for Pride 20 but for the entire LGBTQIA+ community so long that it has endured the unjust system, Salinas added.

“It is the same system that has cracked down on numerous activists such as Amanda Echanis, Reina Mae nasino, Cora Agovida, and the #HRD7, who continue to face graver threats and trumped-up charges. Our ruling today bolsters our commitment to continue fighting until all those who suffer political persecution and witch-hunting by the Duterte government are freed,” Salinas added.

Meanwhile, Salinas stated that the “fight is far from over” more so with the drastic effects of COVID-19 pandemic worsened by the “militarized handling” of the government.

From the recent VIP vaccination for the police and military, to the near-total lack of economic aid for families in need, the enactment of Anti-Terrorism Law, and the heightened crackdown against dissent and criticism persists, all these issues must be the forefronts in regards to the continuing battle of #Pride20 along with various progressive and human rights defenders.

“As we move past these vile, false charges by the Manila Police, we reignite our resolve in pursuing countercharges against the violent, bigoted, and misogynist elements in the MPD’s ranks,” Salinas asserted.

“We will not allow the culture of impunity perpetuated by state forces to continue any longer. Today, alongside the oppressed masses, the LGBTQ+ fight back,” Salinas concluded. Sarah de Leon/manilatoday.net