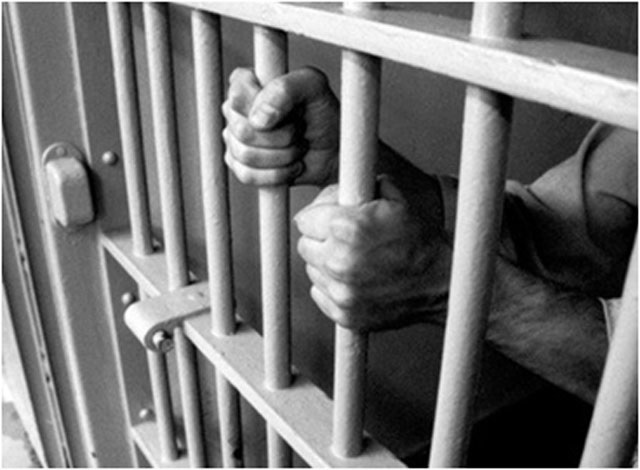 THE RUSH to pass a death penalty law despite the objections of the Catholic Church, Amnesty International, and even some senators shouldn’t surprise anyone.

The campaign to restore capital punishment began practically on Day One of the Duterte regime, when the then prospective Speaker of the House filed House Bill No. 1 repealing Republic Act 9346 which abolished the death penalty in 2006. Rodrigo Duterte had declared during the 2016 campaign that he would get Congress to restore the death penalty once he’s elected. At his urging, his allies in Congress are pulling out all the stops, including threats to expel the unsupportive from the House coalition led by PDP-Laban, to see to it that the bill goes through the legislative mill on record time.

Regime obsession with the restoration of the death penalty is premised on the assumption that State-mandated executions will discourage criminality while at the same time insuring that those who commit certain crimes, particularly involvement in the trade in illegal drugs, get what they deserve. It sounds as if the death penalty would exact the kind of accountability needed to lower the murders, kidnappings, rapes and other crimes that haunt Philippine society. But what’s likely is that, rather than deter crime and assure crime victims of justice, it will make no difference in dismantling the culture of impunity – or exemption from punishment – among the wealthy and powerful, while it decimates the ranks of the poor.

The double standard rampant in Philippine class society assures the former of exemption from punishment while almost always condemning the poor. Once the death penalty is restored, whether one is sentenced to death or not will depend on whether he or she is a slum dweller, a resident of a Makati gated community, or, for that matter, a high-ranking police official. The dominance of the double standard in the so-called justice system explains why the country’s congressmen aren’t including plunder in their list of crimes punishable with death. The poor can’t commit plunder, but congressmen and other officials with access to public funds can —and often do.

But while it’s been officially abolished these last eleven years, State- mandated killing for the poor and powerless as well as dissenters has been the first, the last, and the only resort of what passes for governance in this country when addressing most of the issues and problems that beset it.

During the term of Gloria Macapagal-Arroyo, who suspended the death penalty in 2006 and later signed RA 9346 into law, over a thousand political activists, including lawyers, students, labor and peasant leaders, and even judges and reformist local officials were nevertheless killed or forcibly disappeared by State security forces.

Meanwhile, the killing of journalists spiked during Arroyo’s nine-year watch and has continued. Most of the killings have been masterminded by local officials who resented being exposed for corruption and other wrongdoing, and who often used police and military personnel as their hired killers.

One outstanding example is what has come to be known as the Ampatuan Massacre. Over 60 members of government-supported paramilitary groups as well as police and military personnel acting in concert as members of the private army of a local warlord are currently on trial for the mass murder of 58 men and women including 32 journalists on November 23, 2009 in Ampatuan town, Maguindanao province. The trial is still plodding along, with no guarantee that anyone will ever be convicted.

During the Duterte “war on drugs,” over 7,000 people suspected of being drug users or petty drug traders were killed by elements of the Philippine National Police (PNP) and by alleged vigilante groups. South Korean media have described the PNP as the most corrupt in Asia in reaction to the kidnapping and murder of Korean businessman Jee Ick Joo by, among others, four active duty police officers and a former policeman who did the deed on the pretext that Jee was involved in the drug trade.

While the death penalty has been abolished these past eleven years, it hasn’t prevented the killing of Filipinos and even foreigners by State actors. And neither did the death penalty, when it was in force in the country prior to 2006, prevent murders, kidnappings, rapes and other vicious crimes from being committed, suggesting that it doesn’t deter the commission of even the foulest crimes.

As the experience of even supposedly “mature democracies” such as the United States demonstrates, the imposition of the death penalty in a flawed justice system can open the floodgates to the execution of people wrongfully convicted; and once carried out, capital punishment cannot be reversed.

In the US state of Texas, where the death penalty is in force and executions are practically on an assembly-line basis, advanced forensic methods such as DNA tests have established that dozens of people have been executed over the last 30 years for crimes they did not commit. Burdened by such problems as the prohibitive cost of representation for the poor, police incompetence and outdated methods, and the heavy case loads of prosecutors and judges, the Philippine justice system is particularly susceptible to even worse errors that are likely to lead to wrongful executions.

In a death penalty regime, the police will continue to build cases against individuals accused of such “heinous” crimes as drug dealing. Susceptible to bribery and the usual blandishments of the rich and powerful, the police will continue, as they do today, to assure the prosecution, conviction and execution only of the poorest and least powerful while the wealthy literally get away with murder. As in the case of “Oplan Tokhang,” the poor are likely to be the most likely recipients of death sentences, although this time judicially, while the drug lords and plunderers escape accountability.

Crimes are crimes whether committed by so-called law enforcers or by members of the civilian population. But only after policemen were implicated in the killing of Jee did it occur to anyone that the extrajudicial killing of over 7,000 individuals should be part of the crime statistics the PNP insisted had fallen during “Tokhang.” The irony would be the probability of enhancing police and military personnel’s already rampant immunity from punishment for such offenses as torture, murder, kidnappings and other “heinous” crimes once the death penalty is restored. While our attention would be focused on civilian wrongdoers, police and military criminals would continue to be exempt from punishment – and in addition would be contributing to the further breakdown of a justice system founded on the double standard of one law for the rich and another for the poor.

(A longer version of this piece is in the February 17 issue of Business World newspaper.)

‘Not a shootout’: Alleged slain NPA a construction worker