Dismissal of case against #Cebu8 upholds right to assembly amid pandemic 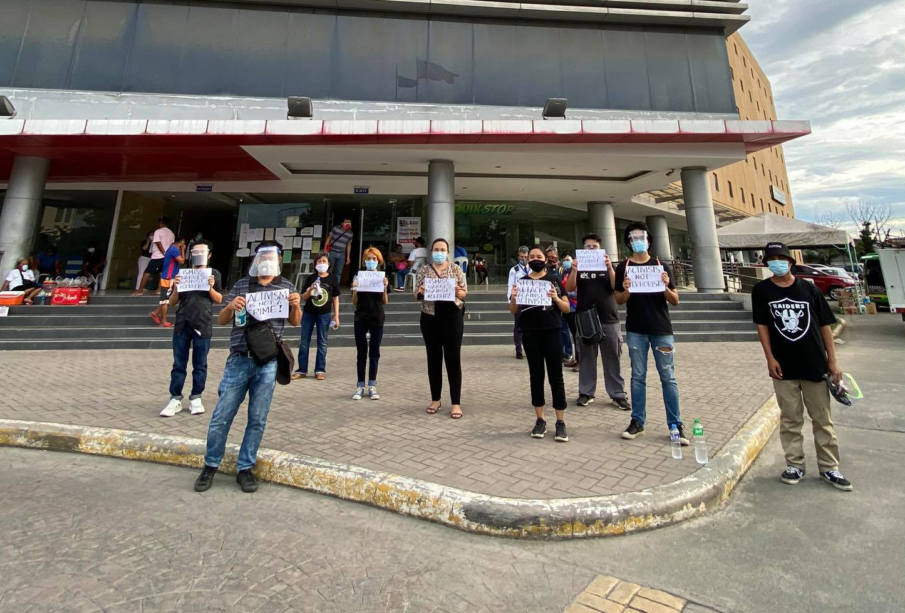 The case against the #Cebu8, who were arrested for protesting the passage of the Anti-Terrorism Law in June, has been dismissed.

The eight activists allegedly violated Republic Act (R.A.) No. 11332 or the Mandatory Reporting of Notifiable Diseases and Health Events of Public Health Concern Act, which prohibits mass gatherings under the pandemic. The Court ruled that staging a protest could not be considered a violation of Section 9 of RA 11332.

According to the National Union of Peoples Lawyers (NUPL)–Cebu, who served as legal counsel for the Cebu 8, mandatory cooperation is only required for specific people who are affected with the “notifiable diseases and those assigned with compulsory tasks and duties under the said law”.

“There was no evidence on record to suggest that the accused were identified as having COVID-19 at the time of their arrest,” said lawyer King Perez, spokesperson of the NUPL-Cebu.

In the Court’s Joint Order, it was explained that there is “no clear definition of non-cooperation” and no identification of specific activities requiring cooperation in R.A. 11332.

“The dismissal of this criminal case shows the Cebu 8’s assertion of our right to assemble, which should not be curtailed even in a time of pandemic,” Perez said.

The Cebu 8 continue to face charges for alleged violation of BP 880 and Simple Disobedience to an Agent of a Person in Authority. The Court required more evidence on these cases.

The Cebu 8, clad in black shirts, pleaded not guilty to the remaining charges during the arraignment hearing in September. It was a statement that they continue to protest the Anti-Terrorism Law, they said.

Since the passing of the law in July 3, numerous human rights violations have been recorded, including the murder of Anakpawis chairperson Randall Echanis, human rights worker Zara Alvarez, and Manobo tribe leader Bae Merlin Ansabo Celis.