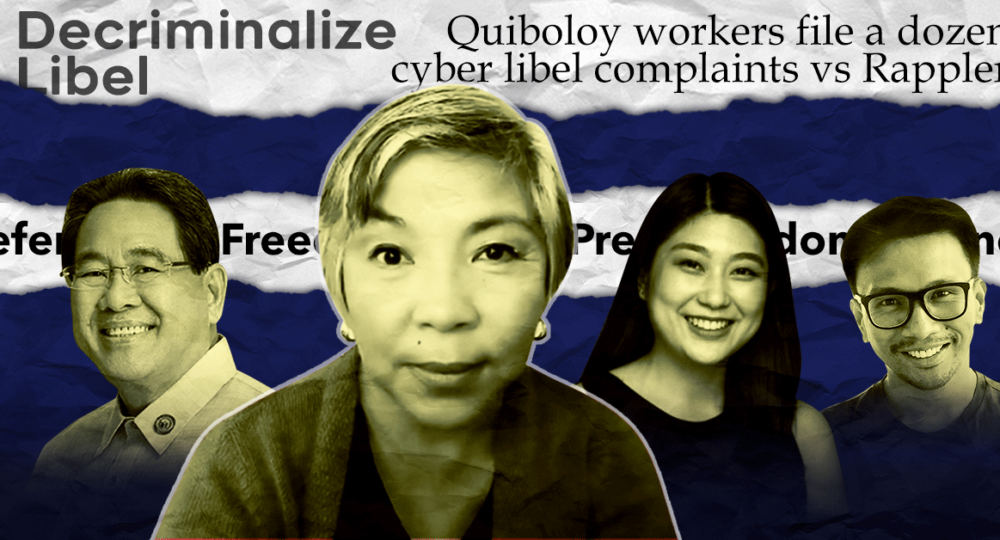 We in the Altermidya-People’s Alternative Media Network express solidarity with colleagues in Rappler and other individuals who are facing cyber libel complaints in connection with a series of investigative reports into Pastor Apollo Quiboloy of the Kingdom of Jesus Christ (KOJC).

Prof. Jayeel Cornelio of the Ateneo de Manila University was also included in the complaint even as he was simply providing expert opinion as a sociologist of religion. Former KOJC members Arlene Caminong-Stone, Faith Killion, and Reynita Fernandez also just shared their respective sides of the story.

Rappler’s investigative stories were based on the accounts of these former KOCJ members, found consistent with the indictment of other church members and Quiboloy, a wanted fugitive in the United States for sex trafficking.

Libel has been a convenient way for those in power to silence opposition and has been used as a means to harass and instill fear among journalists. With each passing Philippine administration since the colonial times, libel has been used to curtail freedom of speech and expression, and by extension, our fundamental democratic rights. It has historically been a tool to relinquish accountability and punish the press who report on wrongdoing.

We reiterate our call to decriminalize libel in all forms, including cyberlibel. Decriminalizing libel will remove its ability to intimidate and harass journalists doing their task of truth-telling.

We stand in solidarity with Inday Espina-Varona and our media colleagues working to defend the public’s right to freedom of the press and information.

Colmenares urges repeal of VAT and excise tax on fuel to lower ...

Davao parents, other groups urge Duterte to veto bill on vape for ...