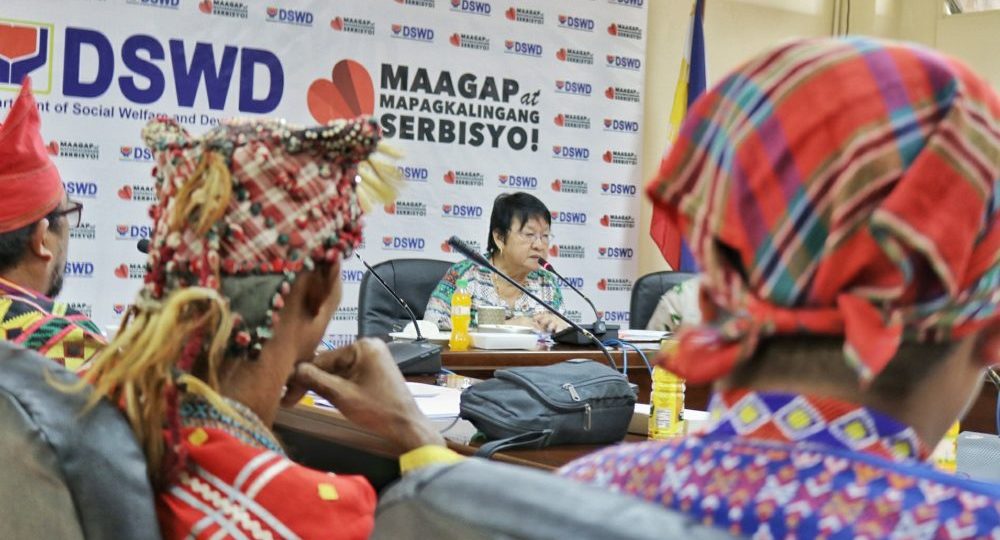 Department of Social Welfare and Development (DSWD) Sec. Judy Taguiwalo yesterday assured the department’s support for the Lumad affected by militarization and promised relief and rehabilitation for communities, including those affected by recent aerial bombings by the Armed Forces of the Philippines (AFP).

Some 60 Lumad coming from Southern Mindanao and Bukidnon arrived in Manila last Tuesday to bewail the lack of help from the government, after being displaced by intensifying military operations.

According to the Lumad, regional DSWD offices failed to give them assistance.

For instance, the Manobos from White Culaman said they only received half of the 120 sacks of rice as food relief promised them by the DSWD when they were displaced late 2015. Isidro Indao, spokeperson of the White Culaman Manobos, said the local DSWD office of Kitaotao withheld most of the food relief.

Taguiwalo said that she is heading a new task force to monitor and respond directly to the plight of the Lumad affected by military operations.

She added that this protest should serve as a “wake-up call” to regional offices who are tied up to bureaucratic process, such as demanding IDs and birth certificates from Lumad victims instead of immediately addressing their needs.

“Given the recent escalation of incidents of armed conflict between government military forces and the New People’s Army (NPA), they cannot wait for us to address their concerns utilizing our usual — often long and protracted — processes as the delay of assistance that can spell life or death for their communities. They badly need support so they can meet their daily needs for sustenance,” said Taguiwalo.

Since the AFP’s declaration of an “all out war” against the NPA, the military have dropped bombs on Lumad communities in Compostela Valley and Bukidnon, causing the evacuation of hundreds of Lumad families.

“We return to the directives set to us by Pres. Rodrigo Duterte when he said after his first SONA in July 2016 that the national government and its agencies should help the Lumad and provide all assistance to them to secure their long-term safety and security,” Taguiwalo added.

The Pasaka Confederation of Lumad from Southern Mindanao, meanwhile, demanded that the government stop its “all-out war” and pull out AFP and paramilitary troops that harass the Lumad.

They also called for a comprehensive and sustainable rehabilitation program for Lumad communities who are displaced by militarization.