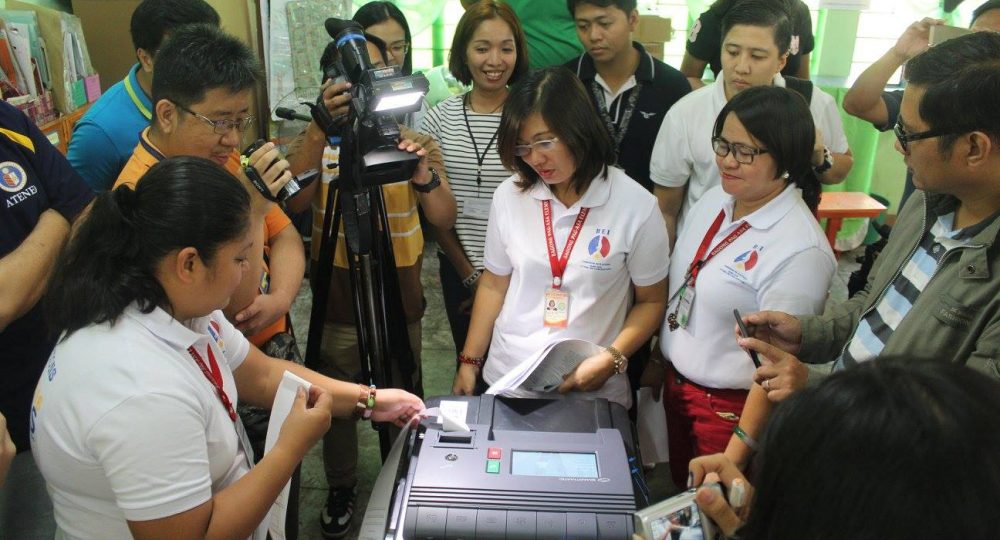 HOUSE of Representatives Deputy Speaker Bienvenido Abante has urged the Department of Education (DepEd) to include voter education in the secondary schools curriculum in addition to its urging the qualified—those 18 years old and above by Election Day— to vote. He was thinking of 2022.

But educating voters should not be a priority just because the national and local elections on May 9 next year are approaching. The Philippine experience with elections should have taught everyone by now that voter education —not only for the sake of the electorate’s making the right choices in the next elections, but also for the sake of its being capable of doing so every election time—is crucial to the present and future of this country.

As important as voter education is to the election of capable and honest leaders, over time and as voters become more informed, it will hopefully help eliminate those other factors that make the realization of that ideal problematic: the vote-buying, the violence and the voter intimidation that regularly afflict Philippine elections.

Those elections are held every three years. The latest were in 2019 for members of the House of Representatives and the Senate, party list formations, governors, vice governors, mayors, vice mayors and other local officials with three-year terms.

Barely a year from now, the country will again go to the polls to elect its next president and vice-president, senators to replace those whose six-year terms are expiring, congressmen, party list groups, and provincial and local officials.

But as frequent as Philippine elections are, they have hardly advanced either the democratization process or the country’s social and national development. On the contrary: at least two elections achieved the opposite. In the 1960s, the election of Ferdinand Marcos to two presidential terms led to the destruction by the dictatorship he erected on the ruins of the Republic of the already limited, elite democracy that then obtained in this “show window of democracy in Asia.”

More recently, by transforming a provincial despotism into a national autocracy, the 2016 presidential elections resulted in the erosion of the rights to life, due process, free expression and press freedom that the Constitution guarantees every citizen.

The economic and social problems that have long haunted millions of Filipinos meanwhile continue to defy solution and have even worsened, with the number of the poor and hungry multiplying, social services such as access to education and medical care deteriorating, unemployment rising, and inequality growing.

Understanding why requires neither brain surgery skills nor rocket science wisdom. The fundamental reason for the Philippines’ dismal state is the failure of the leaderships it has had since the United States’ recognition of its independence in 1946 to realize the promises of self-rule and democracy. Despite the central role that governance plays in the fate of nations and the lives of their peoples, the Philippine electorate has continued to elect the clowns, the incompetents and the corrupt dynasts and their surrogates and clones that have been driving the country into the ground for decades.

The same self-aggrandizing monsters have turned the Philippines from a country with the second highest standard of living in the 1950s into the basket case of Asia as its once poorer, less developed neighbors prospered under the rule of competent leaders. Uninformed as well as unaware of the local and national consequences of governance, the mass of the electorate has limited itself to mostly asking candidates how their being elected will materially benefit them and their families.

But they also base their decisions on who to vote for on name recall (voting for those whose names they’re most familiar with ), and the capacity of candidates to entertain them by telling crude jokes, singing, dancing and looking pretty on stage, smearing their rivals with accusations of committing the most evil crimes, and even dwelling on their personal flaws and shortcomings.

The most glaringly absent criteria for choosing who to vote for are (1) what the candidates intend to do once elected—their platforms of governance, if any— and (2), their track records as public officials, or as private sector professionals, businessmen, workers, employees, or whatever else. It has been obvious since the 1960s even to some politicians themselves that what could change the situation is the electorate’s basing its choices for government officials on the platforms of candidates—and therefore their requiring them, in the first place, to have coherent, integrated platforms rather than single-issue advocacies that pander to the blood lust and worst instincts of the ignorant such as restoring the death penalty and killing 100,000 alleged drug pushers and addicts.

The voter education programs of some non-government organizations such as the Parish Pastoral Council for Responsible Voting (PPCRV) have therefore included the need for the electorate to decide whom to vote for on that basis, among others.

But nowhere in Abante’s suggestion to include voter education in the high school curriculum is there anything about voters’ being taught to decide whom to vote for on the basis of candidates’ platforms. He instead suggested that any voter education component in the secondary level curriculum should inculcate in future voters the need to decide on the basis of a candidate’s possessing the “three Cs” of “competence, character, and credibility.” Abante did not specify what can decide whether a candidate meets his criteria or not.

But “competence” can more or less be established through voter awareness of a candidate’s track record— his or her stand on public issues, how he or she voted on certain bills if he or she was previously in Congress, as well as the number of bills he or she filed or co-sponsored.

By “character,” Abante was presumably referring to whether the candidate has been involved in corrupt practices and other wrong-doing, or even if his or her personal shortcomings could have an impact on his or her performance as a public official. That of course can also be established by the candidate’s track record.

“Credibility” is equally linked to track record: has what the candidate done as a public official or as a private individual make him or her trustworthy enough to be re-elected or elected to public office? None of Abante’s “three Cs,” however, could lead to voters’ being enlightened on what the candidate will do once in office despite its decisive role in governance.

The fundamental imperatives in any voter education program are therefore instilling in the public mind the need to demand that candidates have coherent platforms, and that they make public their track records either as public officials or as responsible private sector actors. But the process should not end there.

The mass of voters should be reminded that they should not sell their votes and must resist all attempts to intimidate them into surrendering their right to choose their officials to the warlords and petty tyrants that in many regions compel the powerless to vote for them or their own choices.

Over the long term, that realization can spread enough among voters for them to combat the efforts of the anti-democracy forces in power in some of this country’s regions and provinces to thwart the people’s free expression of their will.

An informed electorate aware of its rights, and of the importance of choosing the right leaders, can stop the vote-buying and intimidation that still make democratic choice so problematic in a number of Philippine communities. Voter education is the key that could unlock the gateway to good government.

Prof. Luis V. Teodoro is the founding chairperson of the Altermidya Network. This post first appeared in Vantage Point published by BusinessWorld.