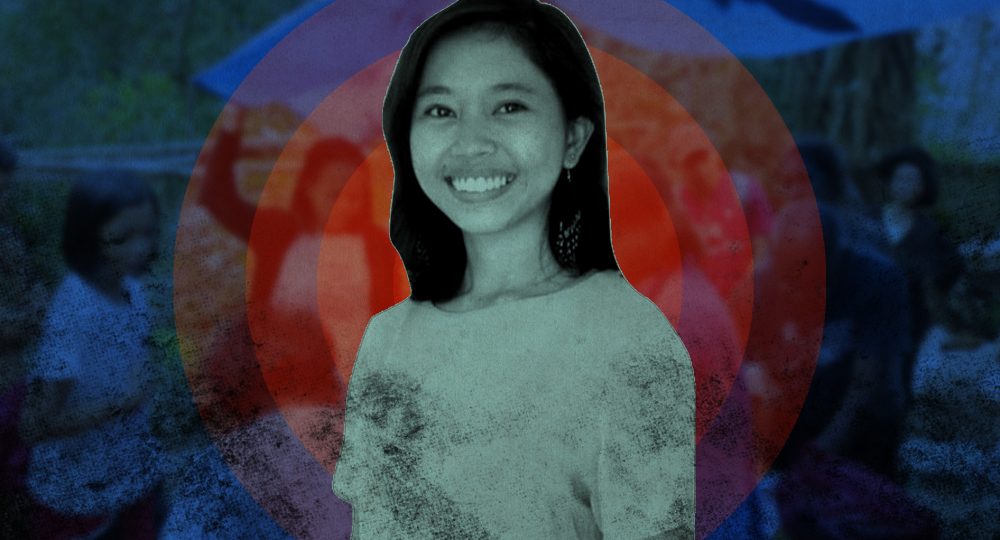 Altermidya Network condemns the arrest of our colleague in Tacloban, Frenchie Mae Cumpio of Eastern Vista.

The 8th ID of the Philippine Army has unjustly labelled Cumpio as a high-ranking officer of the Communist Party of the Philippines, a ridiculous yet dangerous allegation that puts other community journalists like her in grave risk.

Cumpio is not a member much less a leader of a “communist terrorist group”, but a legitimate community journalist reporting on human rights abuses in the Eastern Visayas, including military attacks against peasant communities in the region.

She is currently the executive director of Eastern Vista and radio anchor of program Lingganay han Kamatuoran aired over Aksyon Radyo Tacloban. She was also the former editor-in-chief of UP Vista, the official publication of University of the Philippines Tacloban.

Eastern Visayas has been under de facto martial law, together with Negros and Bicol, after the Duterte administration issued the Memorandum Order 32 in November 2018.

Just a few days ago, Cumpio reported that the Eastern Vista office was the subject of surveillance, with unidentified persons patrolling the premises. She also reported being tailed by men in motorcycles, whom she believed were military assets.

On Jan. 31, an unidentified person reportedly visited the premises of the Eastern Vista office. He was reportedly carrying a photo of Cumpio and a band of flowers while asking for the exact location of the office. Human rights groups have noted several incidents where state agents sent flowers to progressive groups as a form of death threat and intimidation. Cumpio has reportedly been under surveillance for several months now.

We condemn the Leyte police and the 8th IB elements for this latest attack on Eastern Vista, our fellow community journalist Cumpio, and against people’s groups in Leyte. We demand their immediate and safe release, and call on the public to denounce this latest attempt to silence and intimidate independent media and human rights defenders.

Together with independent journalists nationwide, we register our resounding call: No to red-tagging! Hands off independent media! Free the Tacloban 5 now!

Sign the petition to call for Frenchie Mae’s release here.