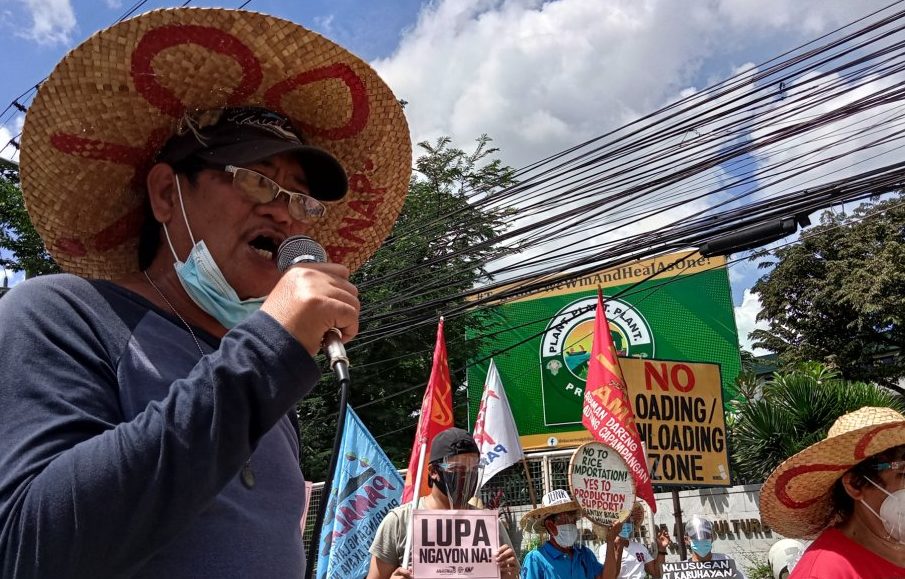 By Raymund B. Villanueva

“Huli” (arrest, capture) Week is in full swing in Central Luzon in the middle of Holy Week as at least three human rights defenders have been arrested and activists’ offices and houses were raided this morning, Holy Tuesday.

The alerts said Viuya was presented with a warrant of arrest but no details of his alleged offense had been provided.

Reportedly arrested with Viuya was Karapatan-Central Luzon paralegal May Arcilla.

“As Karapatan paralegal, she fearlessly questioned the validity of the search warrant served and was arrested for speaking her mind. She is currently detained at Camp Macabulos, Tarlac City,” Karapatan said.

In a CLTV 36 interview, AMGL staffer Joyce said the police ordered them to get out of their hut, entered and later claimed to have found a .45 handgun inside.

She added that Canlas protested his arrest as the search warrant belatedly presented by the police bore the name of Joseph Canlas, instead of his real name Jose.

The police responded by forcibly taking Canlas down to the ground that alarmed even children of the five-house compound, Joyce revealed.

Joyce added that monies amounting to at least P20,000 and other items have gone missing after the police operation.

Canlas had been taken to Camp Olivas in San Fernando City, PNP-Region 3 headquarters.

A source said activists in other provinces are also being arrested this morning, declining to name the other police targets pending verified reports from human rights organizations in the region.

The police had been known to conduct arrests of activists during Holy Week, taking advantage of lulls in activities of progressive organizations.

Opalla, Kadamay said, was able to inform her colleagues after her arrest she would be held at the San Rafael police station in Bulacan.

The PNP however has subsequently denied being in custody of Opalla despite already announcing her arrest on its Central Luzon Regional Command Facebook page.

The police said Opalla’s lawyers and family are being given the run-around by the police as her whereabouts is being withheld, along with other documents needed to secure her bail.

“They are hiding her from us, her family and lawyers. After two days of being incommunicado, she should be categorized as a missing person already,” Kadamay secretary general Mimi Doingo said.