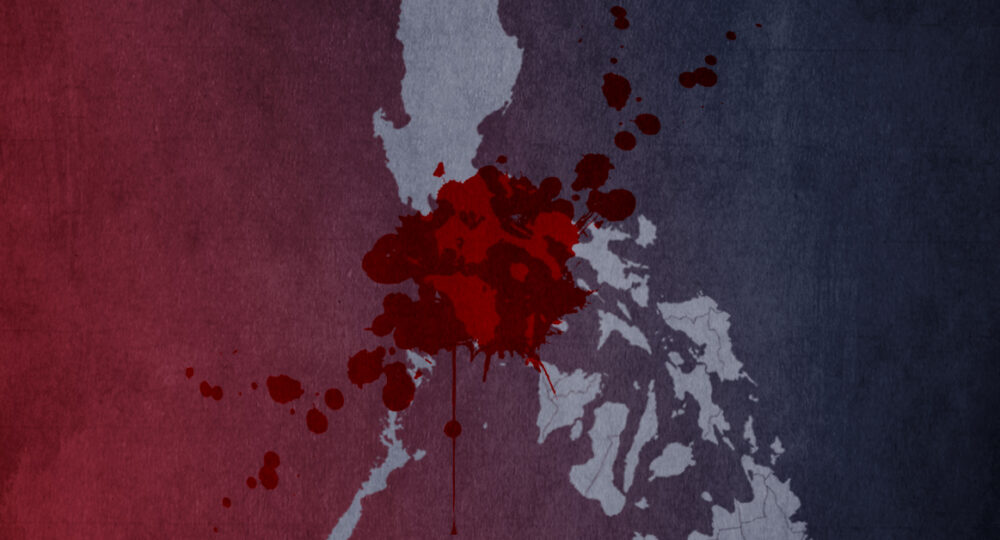 ANOTHER day, another alert.

Sleep is hard to come by in Southern Tagalog, a region where indiscriminate violence can happen in an instant. Here, human rights workers have neither the room for silence nor time to rest before another human rights violation takes place.

Over a year after the “Bloody Sunday” in Calabarzon, where nine activists were killed and six were arrested, Southern Tagalog’s human rights situation remains in distress.

In July, two civilians were killed during the Focused Military Operations of the 59th Infantry Brigade-Philippine Army (IBPA) in different towns in Batangas.

Nine-year-old Kyllene Casao, also known as Ineng, was killed in Brgy. Guinhawa, Taysan, where the 59th IBPA claimed an encounter occurred between the military and the New People’s Army (NPA). Reports said the victim was taking her family’s goat out to graze at the time.

The army troops had claimed in their Facebook post on July 19 that it was a stray bullet that killed Ineng. However, the group Mothers and Children for the Protection of Human Rights cited local residents who said there were no clashes in the area.

Meanwhile, 50-year-old farmer Maximino Digno was killed by the 59th IBPA in another supposed encounter in Brgy. Cahil, Calaca. According to locals, Digno was “mentally challenged.” He was last seen heading to his farm, and was found dead later after a report by the same army troops that they “managed to kill an NPA member in the area”.

The cases of Digno and Casao are just a few that show the “quickly decaying” human rights situation in the country—as described by Karapatan Southern Tagalog (Karapatan ST).

For John Garcia, Youth Advocates for Peace and Justice chairperson and one of Karapatan ST’s paralegals, advancing human rights in Southern Tagalog is essential. He said that they are heartened by several victories—whether in courts of law, schools, workplaces, or on the streets—which have proven that even the seemingly impossible challenges can still be overcome.

Garcia shared progress on the status of political prisoners in the area when 62-year-old Nimfa “Nay Nima” Lanzanas was finally released in June.

A mother and human rights worker, Lanzanas tirelessly worked as a paralegal for Karapatan and also served as a member of KAPATID–Families and Friends of Political Prisoners. She was one of the activists arrested during “Bloody Sunday” operations, detained for 16 months due to fabricated accusations of keeping three guns and a grenade inside her home.

Despite the progress, Garcia acknowledges that communities have many more battles to overcome and just as many campaigns they need to advance.

According to Kyle Salgado, spokesperson of Karapatan ST, a proper and independent investigation is needed to deliver justice for Digno and Casao. “In the face of a deeper economic and political crisis, any attempt to strip off the most fundamental rights must be rejected,” he said.

Rights groups like Karapatan ST held a vigil at the Commission of Human Rights (CHR) on August 1 to encourage them to immediately and genuinely address the human rights violations issues of the 59th IB.

Ironically, the human rights defenders in the country also need to be defended from further attacks, including red-tagging and even killings.

For him, the reality on the ground is different from the fact that everyone should already be entitled to human rights. The need for some people to continuously fight to defend it only breaks its real definition.

Nonetheless, Southern Tagalog activists are wasting no time in hopes of improving the human rights situation in the region.

Garcia believes that the reasons are always clear-cut to fight and uphold the people’s fundamental rights. He emphasized the importance of the Human Rights Defenders Protection Act to be passed into law, which according to him seeks to add mechanisms for the safety and protection of human rights defenders in the country.

DOJ to charge four nuns, a lawyer, others for “financing” CPP-NPA