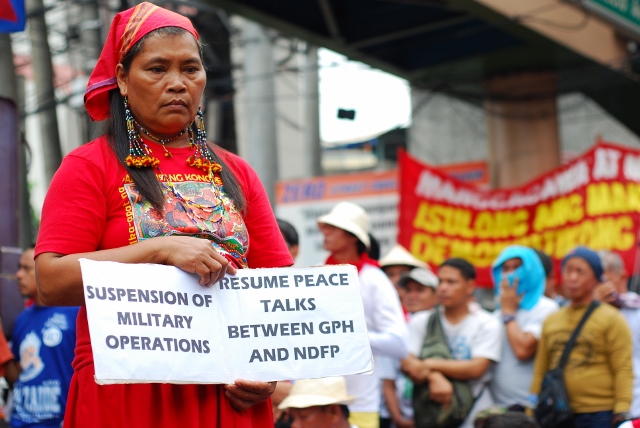 ON JUNE 30, members of various people’s organizations marched to Mendiola to show their support for the progressive reforms that newly-inaugurated President Duterte promised.

The marchers said they were optimistic that the new administration will deliver on its promise of change and just peace. However, they vowed to continue fighting for genuine change and democratic reforms. “We will support the nationalist and progressive polices of Pres. Duterte. But we will struggle against reactionary policies,” said Bagong Alyansang Makabayan secretary-general Renato Reyes.

Meanwhile, Kilusang Mayo Uno spokesperson Jerome Adonis said that in the midst of confidence in Pres. Duterte’s promises, the masses should remain vigilant and organized against reactionary forces.

The groups were later invited inside Malacanang to present their agenda to Pres. Duterte. It was the first time for most of their leaders to step in the Palace and meet with the chief executive.