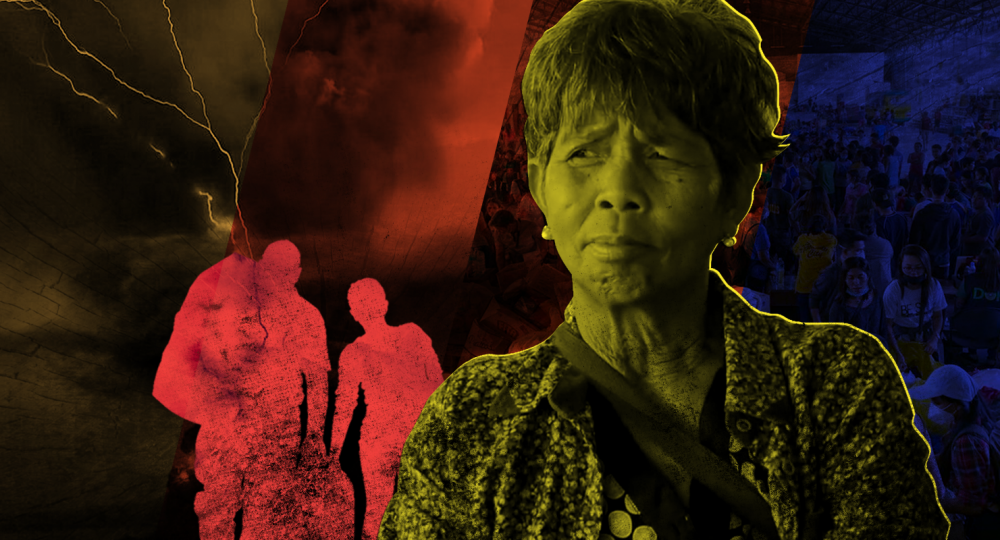 Into the Unknown: Growing unease felt among victims of Taal eruption as volcanic activity subsides

The Philippine Institute of Volcanology and Seismology’s lowering of Taal Volcano’s alert status from Alert Level 4 (hazardous eruption imminent) to Alert Level 3 (decreased tendency towards hazardous eruption) over the weekend was supposed to elicit sighs of relief across the nation. Residents have been on the edge over the past two weeks since Taal’s phreatomagmatic eruption on January 12.

Based on the National Disaster Risk Reduction and Management Council’s (NDRRMC) Situational Report No. 44, as of January 26, close to 100,000 families or almost 382,000 people were affected by Taal’s volcanic activities. Over 38,000 families are taking temporary shelter in 513 evacuation centers.

NDRRMC estimates that as of January 26, Taal’s eruption has caused damage to infrastructure and agriculture costing a total of P3.35 billion, of which P3.2 billion is for damages in agriculture. Fisheries incurred the biggest damage costs, totaling P1.6 billion for the province of Batangas, followed by high-value crops including coffee which incurred a total of P1.39 billion in damages.

Instead of sighs of relief, victims of the Taal eruption are expressing growing unease. Even at the height of Taal’s volcanic activity, victims were already pondering on how they will continue with their lives in the aftermath of the volcano’s volcanic activity, that not only showered four provinces around it with ashfall, but also damaged crops and main sources of income of residents.

Letty Peranil, 66, the matriarch of a family who resided in the volcano island itself, was at a loss when asked where they will go once Taal’s volcanic activity subsides to normal levels. “I don’t know,” she quipped in Filipino, “Our houses are probably buried in ash. Maybe we’ll just find nearby relatives who can house our big family,” she says, as her eyes gleaned with a frightful stare. 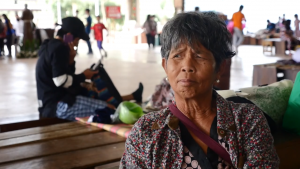 For the past days, Letty and her whole clan have been staying in the evacuation center in the National Shrine of Saint Padre Pio in the town of Santo Tomas, Batangas.

“We already felt Taal’s rumblings even a week before January 12. But we didn’t know that it would release that much ash within days. There was literally no warning. Good thing the heavy ashfall happened during daylight. If not, we would not be able to evacuate immediately,” Letty recounts. “We first rode a boat, leaving most of our belongings. We first went to Tagaytay, and after some hours, thinking that Taal would soon normalize, we attempted to return to the island. But we were wrong. By nightfall, we were in Tanauan, and from there we were rescued by the police and brought here in Santo Tomas.”

Letty and her family, like most families residing in the volcano island, were tending horses and serving as tour guides for tourists who travel to see the Taal Volcano up close. Due to the urgency of the situation, even if the residents wanted to, they were not able to bring their horses during evacuation.

“That is the question lingering in our minds now. How can we rise up after this tragedy? How will we restart with our livelihood, now that most of our horses are probably dead?” Letty shares. She said she heard about the government’s offer of a three-year zero-interest survival and recovery loan worth P25,000, but she wished more direct support would be provided.

“Now that we’re here in the evacuation center, it’s easier – there’s food readily available. But when it’s time to return home, where will we get the money to survive? We need seed capital to start again, but we wish the government’s help will not come in the form of a loan,” she explains.

Francisca Gonzales, 68, and her aunt, Florentina Mendoza, 78, are thinking the same. Residents of Tanauan City, Batangas, they are aware that they will be the first ones to be sent home once the Taal Volcano subsides. As of January 26, the provincial government of Batangas has announced that the towns and cities of  Alitagtag, Balete, Cuenca, Lemery, Lipa City, Malvar, Mataas na Kahoy, San Nicolas, Sta. Teresita, Taal, Talisay and Tanauan City are open again, after weeks of lockdown due to dangers posed by the volcanic activities.

“Here in the evacuation center [in Padre Pio] we are given everything we need – food, beddings, everything. But back home, we don’t know the extent of the damage yet, and we don’t know how we will recover,” Francisca says, noting that with her and her aunt’s old age, it would be a daunting task to return to normalcy.

Glenn Latoza, field operation officer of the Citizens Disaster Response Center and a resident of Lipa City, notes the slow pace of the release of government funds for the victims of the Taal eruption.

“We know there’s billions in funds. And if those funds were released more efficiently, there would be more than enough to provide long-term rehabilitation for the victims,” Glenn explains. He is referring to the P16 billion calamity fund in the 2020 national budget, which he notes that even if it was cut by P4 billion compared to P20 billion appropriated in 2019, it is still more than enough.

Data from the NDRRMC reveals that as of January 26, the government was only able to release a total of P58.8 million worth of assistance to affected families. When divided equally for all the victims, the funds released by the government so far only amounts to about P154 per victim.

Rep. Sarah Elago of the party-list group Kabataan, says that P154 is clearly not enough even for the basic needs of every victim. The lawmaker, who has been going around towns in Batangas since January 14 to lead youth-led relief efforts, explains that local governments have always proven their resiliency in times of disaster, but long-term rehabilitation needs proper and immediate assistance from the national government.

“What is needed right now are funds for livelihood assistance, jobs, funds for farmers and fisherfolk to recover from the damages, funds for housing, health, and education. The Filipino people, including the youth, are going all out to help. The government should emulate that and not just depend on private efforts. It’s good to help whenever we can, but that fact doesn’t exempt the government from providing immediate assistance.”

The lawmaker adds that apart from speedily releasing funds for relief and rehabilitation, the national and local governments should ease the requirements for victims to avail of financial assistance. “Residents need direct assistance, not loans. And amid this crisis, proper accounting should be in place to ensure that the billions of funds for relief and rehabilitation really go to victims, and not in the pockets of a few,” she stresses.

Rep. Arlene Brosas of the party-list group Gabriela says that the national government should apply the lessons from the pitfalls it faced during the relief and rehabilitation efforts for Typhoon Yolanda and the Marawi Siege.

“Millions of funds for the victims of both Yolanda and the Marawi Siege were not utilized. The government has a big problem to fix when it comes to utilizing calamity funds – from the slow bidding process to issues of corruption,” Brosas explains. For Marawi alone, only 17 percent of the P5.1-billion allocated funds has been disbursed so far, with the national government still yet to release about P4 billion.

“A comprehensive response plan that’s effective and efficient should also be crafted,” the lawmaker adds, noting that most recent disasters occur without prior risk reduction mechanisms in place.

On the recent red-tagging incident vs. Northern Dispatch editor