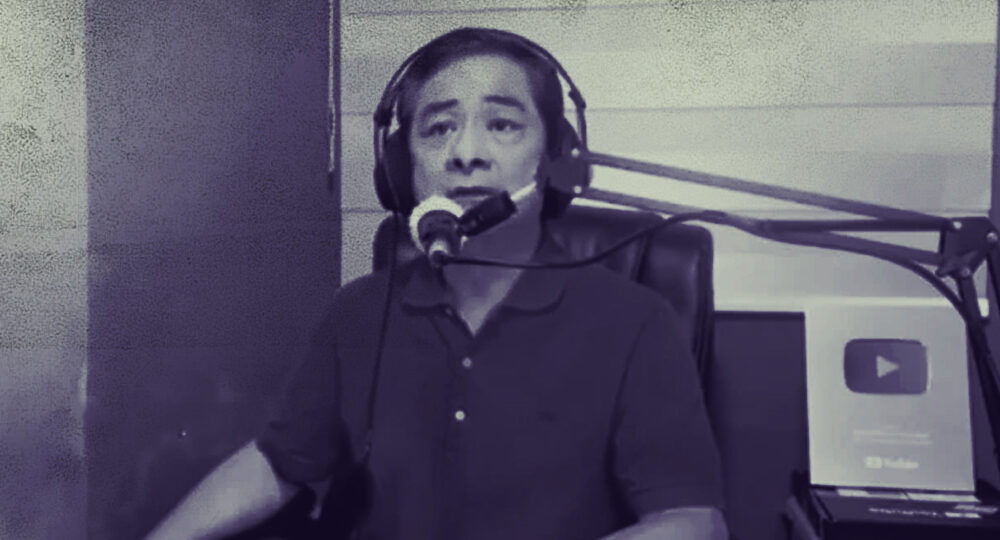 Lapid was known to be critical of the presidential terms of Rodrigo Duterte and Ferdinand “Bongbong” Marcos Jr. His radio program, ‘Lapid Fire’, had featured commentaries about anomalies and human rights violations under Duterte and Marcos Jr.

The Marcos Jr administration has not even marked its first 100 days and yet two journalists have already been killed under the regime. Radio anchor Rey Blanco was stabbed to death only two weeks ago in Negros Oriental.

This time, the killing finds itself within Metro Manila, an act that is so brazen and undoubtedly intended to intimidate journalists critical of the administration. Lapid’s murder again underscores the danger that journalists continue to face and proves that the Philippines remains among the most dangerous places in the world to practice journalism.

More than sending a chilling effect among journalists, the killing of Lapid is also a signal to other citizens that no one is safe to express his opinion and demand public accountability from the government. It sends the message that the regime punishes any form of opposition, and that one is safe to exercise their basic right to free expression.

Amid this landscape of violence and intimidation against journalists and citizens, Altermidya enjoins our colleagues and freedom-loving Filipinos to collectively express our condemnation. We must not allow another killing to happen. Together, we cry: Justice for Percy Lapid! Stop killing journalists! Defend press freedom!