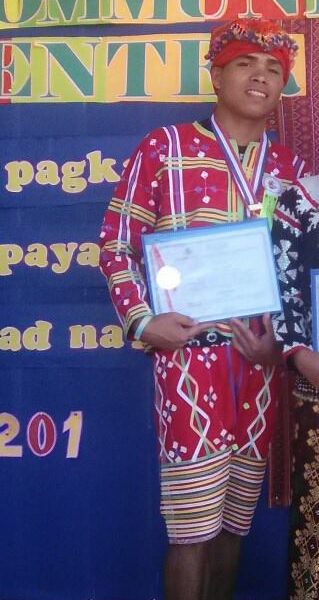 Community teachers of a Davao del Norte-based Lumad school were alarmed over the reported abduction of one of their students, Maui Bago on April 12. Witnesses reported that the 21-year-old Lumad was abducted by members of the 60th Infranty Battalion (IB) of the Philippine military in Sitio Natulinan, Palma Gil, Talaingod, Davao del Norte.

According to Salugpongan area coordinator Ismael Minez, Bago was staying with relatives in Sitio Natulinan, around three hours away from the campus, because the school has been on break since March 24.

Bago’s relatives reported that around 9 a.m., a paramilitary member named “Garamba” pointed Bago to elements of the 60th IB and branded him as a member of the New People’s Army (NPA). Garamba is known to the community as a member of the paramilitary group Alamara. The military, in response, seized Bago and took him to an unknown location.

Bago’s whereabouts is still undetermined as of this writing. His relative, Kaylo Bundulan, immediately reported the incident to the Salugpongan teachers and administrators in Nasilaban.

In a statement, STTICLC executive director Ronie Garcia condemned the illegal arrest of the Lumad student and demanded the Philippine military to immediately surface Bago. He called the incident a “systematic assault by state agents against the initiative of Lumads in their assertion of their right to education and right to self-determination”.

According to Garcia, Bago is the latest addition to the list of human rights victims of STTICLCI. In 2003, Dominiciano Muya, an STTICLCI agriculturist was illegally arrested and is still detained in Malaybalay, Bukidnon. Lumad teacher and researcher Amelia B. Pond was also illegally arrested in Cebu City last August and is currently detained in Compostela Provincial Jail.