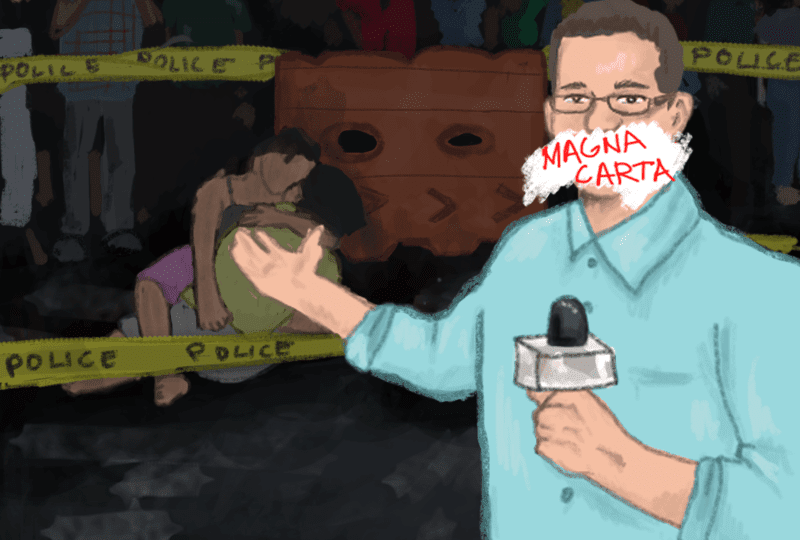 AMID great fanfare in 2017, President Rodrigo Duterte signed an administrative order – his first – creating the Presidential Task Force on Media Security (PTFoMS). Mandated to look into and reduce the number if not completely stop the killing of journalists, the task force, under its executive director Joel Egco, has since then done neither. Fourteen journalists have been killed since Mr. Duterte assumed the Presidency in 2016, with six killed this year. Part of the reason is Egco’s refusal to share information with journalists’ and media advocacy groups, primarily because most of the killings have been perpetrated by State actors such as police and military men, and masterminded by local officials.

Although that fact is fairly well known among journalists, if it were officially validated by his task force, Mr. Egco’s tenure as PTFoMS executive director would be in peril from his bosses, among them Presidential Communications Operations Office (PCOO) Secretary Martin Andanar, and the Director General of the Philippine National Police (PNP), who sit in the PTFoMS together with the secretaries of defense and interior.

Having failed to do its mandated job, Mr. Egco’s task force has instead resurrected an old and properly dead idea calculated to enable government to choose who can practice journalism and who cannot. In a speech in Baguio City, Mr. Egco suggested the adoption of a “Magna Carta” for journalists – except that his proposal isn’t about rights, which is what a Magna Carta is fundamentally about, but about licensing. If his proposal were implemented, anyone who wants to practice journalism will be made to take an examination not once, but every six months, so they can establish whether they’re qualified to be reporters, editors, or whatever else in the news media. The intention is supposedly to “professionalize” journalism practice – in which enterprise, however, a number of schools have been engaged for decades.

Mr. Egco, his bosses and the entire Duterte bureaucracy should read the Constitution. Article III, Section 4 of that document prohibits the passing of any law abridging free speech, free expression, press freedom, and freedom of assembly. But there has been no lack of attempts at state regulation of the press and media in the guise of either protecting practitioners’ rights or “professionalizing” journalism practice. A “Magna Carta for journalists” was similarly proposed in the House of Representatives in 2013, and in the Senate during the 16th Congress, for example, and board examinations and a licensing system for journalists was suggested by Duterte ally Senator Sherwin Gatchalian in 2017.

All were attempts at government regulation of the press through a system of licensure examinations that anyone who intends to go into journalism practice must pass. Because such a system is premised on the creation of a government or government-approved body to administer the tests, it necessarily raises the question of who and which body in government would be charged with that task. The “logical” choice would be the skills- and ethically-challenged bureaucrats of the PCOO, which again raises another question: that of competence. What is paramount, however, is that in violation of the Constitution Mr. Egco’s proposal once implemented would empower government to prevent critical journalists from practice while allowing only those it approves of to report, analyze and comment on events and issues of public interest.

As our own experience during the Marcos terror regime, and that of some of the Philippines’ neighboring countries that have adopted a licensing system for journalists demonstrate, the system would transform journalism from a calling vital to the flourishing of the multiplicity of views needed in democratic discourse, and the realization of the changes these isles of uncertainty so desperately needs, into an instrument of whatever regime is in power.

Journalists need only the same protection that government is mandated to provide every citizen, and do not have to be singled out as members of a privileged group, hence the superfluity of any special recognition of their rights through alleged Magna Cartas that are actually meant to impose government control and regulation. The only form of regulation consistent with the Constitution and the mandate of journalists as providers of information, analysis and interpretation of issues and events of public interest is self-regulation. This is especially important to uphold in times such as the present when tyranny rules and only an awakened people and a truly free press can monitor and hold power to account.

Prof. Luis V. Teodoro is the chairperson of AlterMidya and former dean of the University of the Philippines College of Mass Communication.