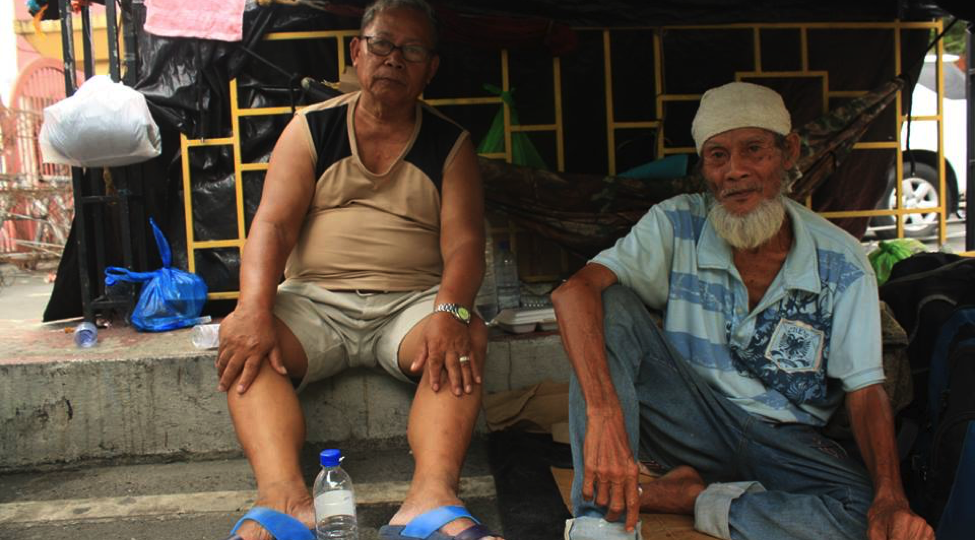 MARBAI farmers: Their reality, our realizations

These short but striking words sum up the experiences of Madaum Agrarian Reform Beneficiaries Association, Inc. (MARBAI) farmers since they were forcibly ousted from their land in 2010 by Lapanday Foods Corporation.

It took them several years to finally have the courage to assert their right to occupy the land that rightfully and legally belongs to them. But, the battleground is dominated by a greedy corporation that manipulates the law and turns the odds to their favor.

Courage and perseverance—these are the only things that Toni Salobre brought when venturing to Manila just for their cries to be heard by those who are in power. He’s one of the hundreds of farmers whose life solely rotates around the plantation in Tagum City as their main source of income.

With wistful eyes and a somber face, he recalled how his life was shattered in the instant that the land that they worked on for years was violently stolen from them. For the past six years, along with his fellow agrarian reform beneficiaries, he has endured a harsh life just to get back to their land.

Few blocks away from the farmers’ camp-out area was the tent of the Food Committee, which had just begun eating. With smiles on their faces, they shared the little food that was available when we came.

We asked them if we could conduct an interview. To our surprise, someone shouted “Uy, ako na lang!”—and that was Franklin Consejo, a 42-year old farmer.

Life for Kuya Franklin and his family and fellow farmers before was fruitful, having plentiful harvest and continuous income, until Lapanday Foods Corporation came into the picture through an Agri-Business Venture Agreement. Having no other source of income, he decided to go abroad for him to provide the needs of his family; the only string of hope that he grasped on. He said that some of his fellow farmers were harassed with a gun by Lapanday’s security guards, and that this happened not only once, but several times.

Sharing the same sentiment is Lirio Antiquisa. Working in the banana plantation was their family’s bread and butter ever since Ate Lirio was a child. But this same reliance on the plantation took their income away.

Hope spread among the farmers when President Rodrigo Duterte showed up at their camp-out at the Mendiola Peace Arch last Tuesday, May 9. The event was considered significant, because it was the first time a president of the Republic of the Philippines visited a camp-out of protesting farmers.

Kuya Toni, Kuya Franklin, and Ate Lirio, as well as their fellow agrarian reform beneficiaries, were emboldened by the promise of President Duterte that the government will assist their installation in their own land. Every time we asked about their thoughts regarding the visit of the president, their eyes glimmered with hope. No words are needed to explain the optimism that they felt.

“Grabe sila,” the five of us blurted out after we finished our interviews. We are referring to corporations like Lapanday, and the system that operates not just in the province of Davao del Norte but also in other parts of the country. The experiences of the MARBAI farmers left us in awe. It made us realize what a mess our government is and how capitalist businessmen dominate our justice system.

The farmers endured six years of grief and starvation to fight for the land that they originally own. Their determination, courage and persistence are commendable. All their hardships, however, could’ve been avoided if only the authorities implemented what is in the law and are not easily blinded by money.

Feudalism—it may sound so old, but, little did we know that it still exists in our society in these modern times. But with the visit of President Duterte, hopefully, the tables could turn in favor of the farmers. After all, he’s popularly known for his mantra, “Change is coming”—but is it for the better or for the worse? In the end, it is still up to the farmers to push for the change they need.