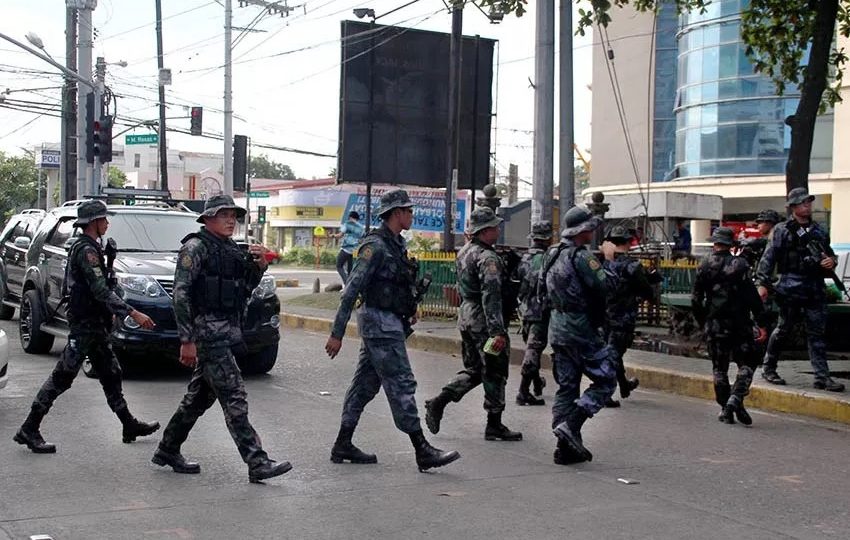 In the four days since Pres. Rodrigo Duterte placed Mindanao under Martial Law, the Armed Forces of the Philippines (AFP) has carried out air strikes and heavy artillery shelling in eight provinces with the presence of communist rebels, leading to the death of one Moro civilian and evacuation of more than a thousand farmers, according to the National Democratic Front of the Philippines (NDFP).

This was cited by the NDFP as the reason why they deem “unreasonable” the demand of the Government of the Republic of the Philippines (GRP) for a bilateral ceasefire before proceeding with the scheduled fifth round of formal peace talks.

As of this writing, the fate of the talks are still in a limbo after the GRP announced yesterday that they are cancelling the fifth round due to the order of the Communist Party of the Philippines (CPP) to the New People’s Army (NPA) to intensify attacks on government forces following the Martial Law declaration.

The GRP panel assured the NDFP that the target of Martial Law in Mindanao is not targeting the NPA despite an earlier statement by Defense chief Delfin Lorenzana, while the NDFP has asked the CPP to reconsider its order.

“These areas are at least 100-180 kilometers away from Marawi City,” said Fidel Agcaoili, chair of the NDFP negotiating panel.

On May 25, the second day of Martial Law, hundreds of elements of the 39th IBPA dropped allegedly bombs, shelled and indiscriminately fired 50 caliber machine guns at dominantly Moro communities in Brgy. Salata and Tuael in President Roxas, North Cotabato and Brgy. Tangkulan and Anggaan in Damulog, Bukidnon.

Human rights group Karapatan reported that village officials in Brgy. Salata have confirmed the death of Abdullah Mamansag, who was killed when shrapnel hit his spine and severed his right leg, while Norhamin Dataya, 25, and Dodong (not his real name), 14, were wounded and currently in critical condition.

Dataya was reportedly hit by shrapnels from artillery bombs while Dodong was hit in his chest and stomach.

Karapatan said that 105 Howitzer cannons were used by the military at Brgy. Kisupaan, Pres. Roxas, North Cotabato, causing more than 1,000 residents (252 families) to flee their homes.

Under Proclamation No. 214, the writ of habeas corpus was suspended, thus allowing warrantless arrests.

According to Cristina Palabay, Karapatan secretary general, “The GRP attempts to downplay these violations in the ongoing peace talks in The Netherlands by putting across issues outside the substantive agenda in the negotiations, while the situation of the people in Mindanao is worsening by the minute, with the onslaught of military operations further legitimized by the Martial Law declaration.”

The Eagle & the Dragon: Rising militarism in Asia Pacific