No calm before the storm: How foreign environmental plunder triggered disastrous PH typhoons 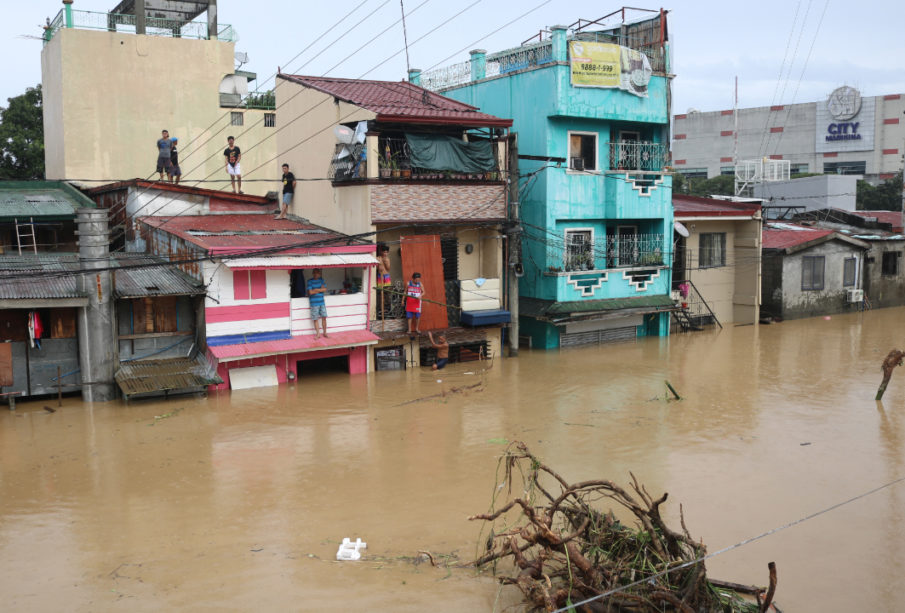 MANILA — The onslaught of typhoon Ulysses (international name: Vamco) on November 12 came at a time when the victims of typhoon Rolly (international name: Goni) that preceded it are still struggling to recover from the massive loss of their houses, livelihood, and even loved ones. And just as Ulysses was reported by the Philippine Atmospheric, Geophysical and Astronomical Services Administration (PAGASA) to leave Metro Manila on Thursday, nearby regions have continued to suffer the wrath of heavy rains and flooding. Today, citizens of Cagayan Valley cry for help from the national government as most of the province’s areas are submerged in floodwater.

Aside from the apparent lack of urgency and proper warnings from the national government, various groups lament President Duterte’s deliberate neglect of the victims of the series of typhoons that ravaged most parts of Luzon. The lack of mitigation, disaster risk reduction management, and urgent rehabilitation efforts of the national government have undoubtedly pushed the people and different groups to come up with their own mechanisms of relief for the victims.

On Thursday, Duterte attended a virtual summit of Southeast Asian leaders while his absence at the most crucial times of calamity have gained wide public condemnation as the hashtag #NasaanAngPangulo (Where is the President) trended worldwide. He has reportedly raised tighter international cooperation for climate change and disaster risk reduction management in the said summit, but his track record of allowing destructive foreign plunder in our country for the past years exposes his insincerity.

Climate injustice behind cycle of disasters

Kalikasan People’s Network for the Environment (Kalikasan PNE) said that under the Duterte administration, the country remains among the worst in climate vulnerability and refuses to learn from the mistakes of previous natural disasters. Kalikasan PNE added that the government may have raised urgency to respond to climate change, but the damages are never mitigated.

Last week, the Philippine Institute of Volcanology and Seismology (PHIVOLCS) warned of possible lahar flows from Mayon Volcano, and muddy run-offs from rivers and drainage areas. Kalikasan PNE also urged for an independent investigation on the illegal quarrying operations that allegedly caused the flow of lahar in the municipality of Guinobatan, Albay, during the onslaught of typhoon Rolly.

“It’s about time the Environmental Ombudsman took a look at possible accountability in the non-implementation of laws, or failure of the government to mitigate the impact that displaced hundreds of families by the lahar flow”, Kalikasan PNE National Coordinator Leon Dulce said.

For so many years now, illegal quarrying and large-scale mining have been consistently opposed by environmental and land defenders in the country. Resistance against the destructive foreign mining industry, hydro power, agribusiness and logging projects in different Indigenous communities have been sustained which consequently makes the Philippines the deadliest country for environmental activists as reported by international non-profit Global Witness its annual report.

It should also be remembered that four months ago, amid the ongoing COVID-19 pandemic, Indigenous communities in Didipio, Nueva Vizcaya have been struggling to assert their right to their ancestral land against OceanaGold Philippines Inc. (OGPI). The mining company has posed threats to circumvent the Philippine court’s decision to reject its appeal of continued operations in the area despite permit expiration. For a quarter of a century, the Indigenous communities in the region have fought against the destruction of their environment.

The same danger of environmental plunder has been happening in Cagayan Valley. In June 2020, despite the community quarantine, reports from the Cagayan Police Provincial Office (CPPO) itself exposed the rampant illegal logging of more than 20,000 board feet of lumber that is worth P 1 million. At least 74 operations were conducted by ongoing lumber businesses in Cagayan province. No wonder, Cagayan Valley has become very vulnerable to the typhoon.

To top it all off, the mere fact that the Sierra Madre mountain range, the backbone of Luzon, has failed to shield the people from the typhoons says a lot about where the priorities of this government lie. Indigenous tribes such as the Agta, Dumagat, and Remontado have been protecting the rich flora and fauna of the mountain range for so many years now, only to be pillaged by big foreign corporations.

“In the past years, we have witnessed the grave effects of destruction of the mountains because of corporate greed. The devastation of Sierra Madre has contributed to the consequence of massive flooding brought by typhoon Ulysses, not only in the cities, but also in the provinces,” indigenous youth group KATRIBU-UP Diliman said in a statement.

Aside from the further devastation of Sierra madre, the Philippine government has also been tolerant of the dangerous large dam projects like the Kaliwa Dam, which has been feared to pave the way for our debt trap to China. Green Convergence Philippines, a multi-sectoral environmental network said in their petition that the proposed Kaliwa Dam project violates the law and ignores the impact of climate change.

Green Convergence Philippines said that there is no Free, Prior and Informed Consent ever given by the Dumagat-Remontados for this construction as required by R. A. 8173. Neither has there been an Environmental Compliance Certificate as required by R.A. 7586.

“The collapse of the dams in Vietnam and in Myanmar, the Itogon tragedy, the landslide in Naga City, Cebu and the incident in Natonin, Mountain Province are enough signs that the impact of climate change can no longer be ignored. These should teach the Philippines to listen to the recommendation of the World Commission on Dams not to build big dams anymore. The Philippines is flooded with rain water. Promote the forests, not the dam projects,” the environmental network added.

The national government is not only guilty for its criminal neglect of the Filipinos ravaged by the typhoons. It is also guilty for deliberately defunding the 2012 Nationwide Operational Assessment of Hazards (Project NOAH), which was supposedly aimed to develop technologies and enhance efficient disaster mitigation plans.

In 2017, this initiative by Philippine geologists was shut down by the Duterte administration due to lack of financial support. During the 2020 National Budget deliberations, the Congress has also decided to cut by P 4 Billion the budget allocation for National Disaster and Risk Reduction Management Council (NDRRMC).

The mere occurrence of multiple typhoons hitting the country in between weeks is enough proof that climate emergency is real. Environmental activists and defenders have long sounded this alarm even on the international level. This is a systemic problem that demands urgent and systemic solutions. This is an added warning for the Philippine government to prioritize people over profits, defend our communities from foreign plunder. This is the way to save our nation from the brink of death. Bulatlat.com