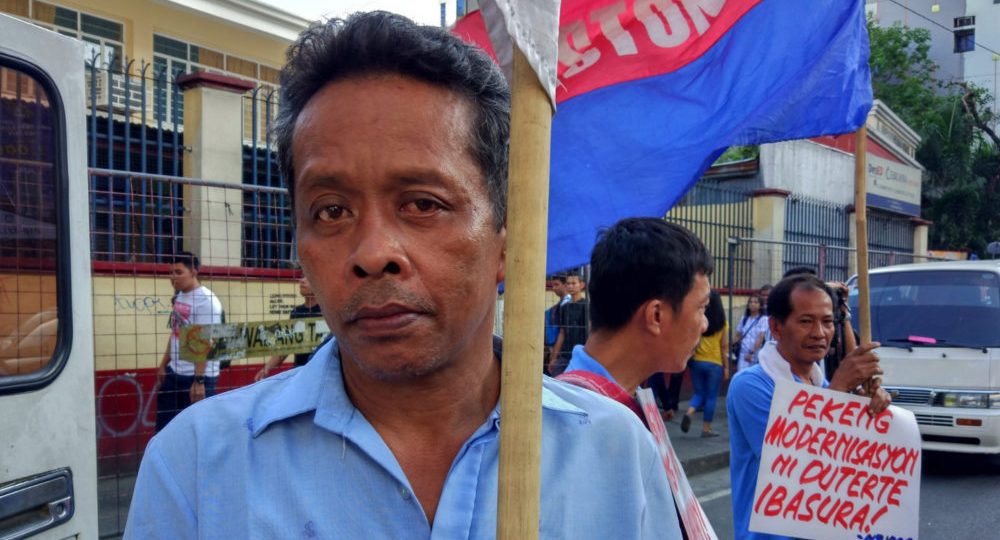 Jeepney drivers and operators condemned Malacañan Palace’s suspension of classes Tuesday based merely on “slightest threat of a [jeepney] strike.”

In a statement, Pinagkaisang Samahan ng mga Tsuper at Opereytor Nationwide (Piston) chairperson George San Mateo said there is no truth to Malacañan’s announcement the group planned to have more jeepney strikes after Monday.

“Piston forcefully condemns Malacañan’s announcement based on a false information aimed at confusing the people. This is the [Rodrigo] Duterte’s way of trying to undermine the drivers and operators’ call against the jeepney phaseout,” he added.

“The President has instructed that he will suspend classes even with the slightest threat of a strike to ensure the protection and well-being of students,” Roque said.

Roque made a similar announcement Monday, saying the Palace will call for a class suspension in Metro Manila Tuesday until Friday “if and when Piston pushes through with its threat to continue its nationwide strike.”

Piston clarified Monday night there will be no more transport strikes this week.

“The strike was only for one day today, March 19. It is only Presidential spokesperson Harry Roque who is coming out with the fake news there may be a strike tomorrow (Tuesday),” the group said.

Piston said it is impossible for Malacañan not to know there are no extensions after full coverage by media and government intelligence agents of Monday’s strike.

The group added they are for modernization of public mass transport in the country, but not at the expense of millions of families who depend on the jeepney for their livelihood and affordable mode of transport.