OPINION | The Polio Scare and the Return of Dengvaxia 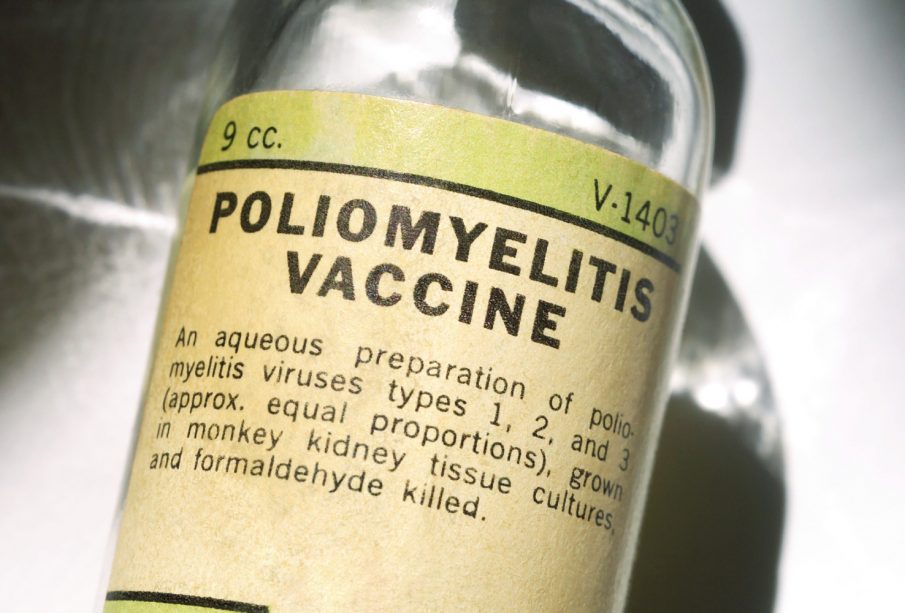 The polio outbreak that authorities are drumming up rabidly are exaggerated and misdirected. The assertion that the polio outbreak in the Philippines is due to the “Dengvaxia scare” resulting in low immunization rates, is not supported by consistent scientific data nor by any tenable scientific theory. The resurgence of polio is a world wide phenomenon that has been going on for several years now and reveals the basic conceptual flaw of the world polio eradication program spearheaded mainly by the US, Big Pharma and World Health Organization.

Many countries with polio outbreaks occurring from 2018 to Sept. 25, 20191and from 1996 to 20122 had higher polio immunization rates compared to the Philippines (e.g. Russia2, Albania2, Tajikistan2, China3, Indonesia4, Myanmar5, and Congo6) and many countries which did not have polio outbreaks during the same period had lower polio immunization rates (e.g. Laos7, Haiti8,Venezuela9, Kenya10). While the wild polio virus strain seemed to have “disappeared” in most countries, the vaccine derived polio virus (VDPV) has increased in circulation and has now become the most common causative viral strain in polio outbreaks.1

Vaccine Associated Paralytic Polio (VAPP) has also been increasing over the past several years. Worse, outbreaks due to vaccine-associated polio virus have resulted in unprecedented high incidence and case fatality rates. During the period 1984-1992, 132 confirmed cases of paralytic poliomyelitis were reported in Romania, of which 13 were classified as wild-virus-associated, 93 as vaccine-associated, and 26 as “of unknown origin.” There were 4 deaths. The overall risk of vaccine-associated paralytic poliomyelitis in Romania was calculated to be 1 case per 183,000 doses of oral poliovirus vaccine distributed.11 This risk is 1,366% or about 14 times greater than the oft-repeated supposedly minimal risk of 1 case per 2.5 million doses that the WHO, UNICEF, Big Pharma, Bill and Melinda Gates Foundation, governments, mainstream medical groups and vaccination advocates continuously dish out to the public. In more real terms, the overall risk revealed in the Romania outbreak is 1 case per 45,750 livebirths since the recommended dose of polio vaccine is 4 doses per child. In Congo, the outbreak was more severe, with 445 polio cases reported during September 2010–January 2011, and with a very high case fatality rate in the Pointe Noire region. Of the 390 persons from the region reported to have polio, 47% died while the death rate in the rest of the country was 20%. The overall incidence rate at Pointe Noire was 1 case per 2,325 persons.12,13

The cause of this serious epidemic in Congo was identified by the researchers in the  French Research Institute for Development to be a vaccine-resistant mutant strain of polio virus. The researchers warned of the emergence of other strains against which vaccines would have little effect.14 This means that the main cause of the poliomyelitis outbreaks are increasingly the vaccines themselves. Despite this obvious fact, what the vaccine pushers are proposing is more vaccinations!

Hazards of the polio vaccine

It should be readily apparent by now that the risks of polio vaccination is greater than the risks from the original wild polio virus. In fact, aside from the emergence of more virulent, vaccine-resistant polio virus strains, there are other serious risks from the vaccine itself. One very important, yet ignored risk, is the contamination of polio vaccines by monkey viruses and other microorganisms. Polio viruses for the production of polio vaccines have been cultured on monkey kidney tissue and cell lines which are naturally infected by monkey viruses and other microorganisms (e.g. Simian Virus 40, Respiratory Syncytial Virus, Cytomegalovirus, Mycoplasma). The methods used to “clean-up” the animal tissue and/or microorganisms of these undesirable contaminants are incomplete and reversible. When such inadequately treated vaccines are introduced into the vaccine recipients, even those organisms that were inactivated, may and do, revert back to the original virulence. Most of them are carcinogenic and tissue destructive and cause or co-cause a variety of cancers and other diseases.15, 16

The hazards of injecting microbial protein fragments, DNA and other foreign materials into the human body, especially in children, is well documented in the scientific literature. All vaccines, contain such hazardous foreign fragments and materials, therefore, the inherent dangers of vaccination should be independently studied more comprehensively and thoroughly, including long-term adverse effects. There are many plausible biological mechanisms and intervening factors for potential adverse effects due to vaccination. Increased incidence of more severe infections, neurologic disorders, immune disorders, various other illnesses and deaths following vaccination are not very rare as the authorities want the public to believe. Current information about polio and safety assessments under the corporate dominated status quo are grossly inadequate and oftentimes erroneous or misleading.

Polio has been portrayed in the early mid-1900s as a vicious crippler in the US when it was habitually diagnosed by doctors who used a very loose definition of the disease. In fact, paralytic polio incidence was actually very low at that time, 36 per 100,000, with an estimated 0.4% case fatality rate just before the Salk vaccine was used in mid-1950s. 17 The majority of polio cases actually do not cause symptoms in those who are infected. Symptoms occur in only approximately 5 percent of infections.18 Even during the peak epidemics, poliovirus infection resulting in long-term paralysis, was a low-incidence disease that was falsely represented as a rampant and violent paralytic disease by fund raising advertising campaigns to fastrack the development and approval and release of the Salk vaccine with Rockefeller as a key supporter.

Because of outside pressure, the US licensing committee in charge of approving the vaccine did so after deliberating for only two hours without first having read the full research.19 This hasty approval led to the infamous “Cutter disaster”, the poliomyelitis epidemic that was initiated by the use of the Salk vaccine produced by Cutter vaccine company. In the end, at least 220,000 people were infected with live polio virus contained in the Cutter’s vaccine; 70,000 developed muscle weakness, 164 were severely paralyzed, 10 were killed. Seventy five percent of Cutter’s victims were paralyzed for the rest of their lives.20 When national immunization campaigns were initiated in the 1950s, the number of reported cases of polio following mass inoculations with the killed-virus vaccine was significantly greater than before mass inoculations and may have more than doubled in the U.S. as a whole.21 Wyeth was also found much later to have produced a paralyzing vaccine. All the vaccine companies at that time could have released active vaccine virus because of the minimum licensing requirements. All other manufacturers’ vaccines released in the 1950s were sold and injected into America’s children and millions of vaccines were also exported all around the world.19

The Salk injectable vaccine and later the Sabin oral polio vaccine were the vaccines that were supposedly responsible for the dramatic decline in polio from 1955 onwards. However, the “decline” in polio during those years was more a result of various factors other than the vaccine. Before the Salk vaccine was introduced, the polio death rate in the United States had already declined on its own by 47 percent. Similarly, in England, polio death rate declined already by 55 percent. There were also similar declines in other European countries as well . When the vaccine became available, many European countries questioned its effectiveness and refused to systematically inoculate their citizens, yet, polio epidemics also ended in these countries.21 Furthermore, before the vaccine was in widespread use, many other types of paralytic diseases were grouped under the umbrella of “polio.” After the vaccine was introduced, a re-definition of poliomyelitis excluded these diseases (e.g., acute flaccid paralysis, Guillain barre syndrome, transverse myelitis, etc.), which then became distinct diagnostic categories.19 This surgical definition contributed much to the “decline” of polio after the vaccine.

Another likely contributor to the “decline” is the close correlation of poliomyelitis incidence with the amount of pesticides in the market. The polio epidemics of the 50s and 60s have been clearly linked to the use of the insecticides at that time (DDT, BHC, Arsenic and Lead insecticides). These insecticides caused neurological poisoning that mimicked poliomyelitis disease – paralysis, long-term weakness, muscle wasting and even death in susceptible individuals. The increase in the use of these pesticides coincided with the increase in polio cases. The decline in polio incidence also coincided with the decline in the use of these pesticides.22

Given these facts, the dramatic decline of polio incidence cannot be largely attributed to the polio vaccine. There never was a valid scientific study that supported the claim that the vaccines caused the decline of the disease. The combined effects of social and environmental determinants of what was poliomyelitis at that time were the most likely reasons for the decline. The polio vaccine was propelled more into widespread use by economic, political and personal interests rather than by science and public health interests.

Not based on sound and independent science

A closer look into the history of polio vaccination, and for that matter, other vaccinations, will reveal that the current vaccination paradigm is not based on sound and independent science. A wholistic and more in-depth understanding of determinants, causative factors, pathogenesis, molecular mechanisms and appropriate management of diseases, particularly infectious diseases, was way beyond the ambit of reductionist science that propelled the vaccination dogma from early 1900s. When Big Pharma hijacked the health system, the vaccination paradigm became more deeply entrenched. Commercial and vested interests have become the primary drivers of vaccine development. Let not the people be duped again by the obfuscation that Big Pharma and their associates are waging. They are clearly taking advantage of recent communicable disease outbreaks to advance their extremely profitable vaccine marketing agenda under the guise of protecting public health. The real motive is perpetual vaccination and the return of Dengvaxia. The public should beware of hyperbolic pronouncements that tend to scare people into accepting dangerous, haphazard and inappropriate vaccination programs again.

We must take a more rational, holistic and participatory approach in addressing communicalbe diseases. A knee-jerk, reductionist and vested-interest laden solution to infectious disease outbreaks does not serve public health interest. We could start with addressing the most basic health problem of the of the people: a dysfunctional health system characterized by a deplorable lack of quality health service facilities and personnel, grossly inadequate waste-water management, sanitation and public health provisioning, extremely low budget allocation for health, and corruption, among others.

Resources spent on community-based participatory approaches in infectious disease control would likely be more cost effective and much less potentially dangerous than expensive and potentially disastrous mass vaccination programs. Comprehensive measures to effectively address poverty and poor diet, the main factors that compromise the immune system and make people susceptible to severe disease, especially the marginalized, must be earnestly pursued. Environmental toxins, pharmaceuticals and other factors that also compromise the immune system and the capacity of the people to withstand infection must be eliminated, restricted or properly managed. Alternative medicine approaches, including expanded research, in the management of infectious disease must also be seriously pursued.

3. China: WHO and UNICEF estimates of immunization coverage: 2018 revision

4. Indonesia: WHO and UNICEF estimates of immunization coverage: 2018 revision

5. Myanmar: WHO and UNICEF estimates of immunization coverage: 2018 revision

6. Congo: WHO and UNICEF estimates of immunization coverage: 2018 revision

8. Haiti: WHO and UNICEF estimates of immunization coverage: 2018 revision

9. Venezuela (Bolivarian Republic of): WHO and UNICEF estimates of immunization coverage: 2018 revision

10. Kenya: WHO and UNICEF estimates of immunization coverage: 2018 revision

17.Meier, P., THE BIGGEST PUBLIC HEALTH EXPERIMENT EVER: The 1954 Field Trial of the Salk Poliomyelitis Vaccine.

20. Offit, P. The Cutter Incident: How America’s First PolioVaccine Led to a Growing Vaccine Crisis. JOURNAL OF THE ROYAL SOCIETY OF MEDICINE,Volume 99 March 2006.

22. West, J. Images of Poliomyelitis – A Critique of Scientific Literature.