Petition launched to save Anti-Chico Dam heroes’ monument from demolition 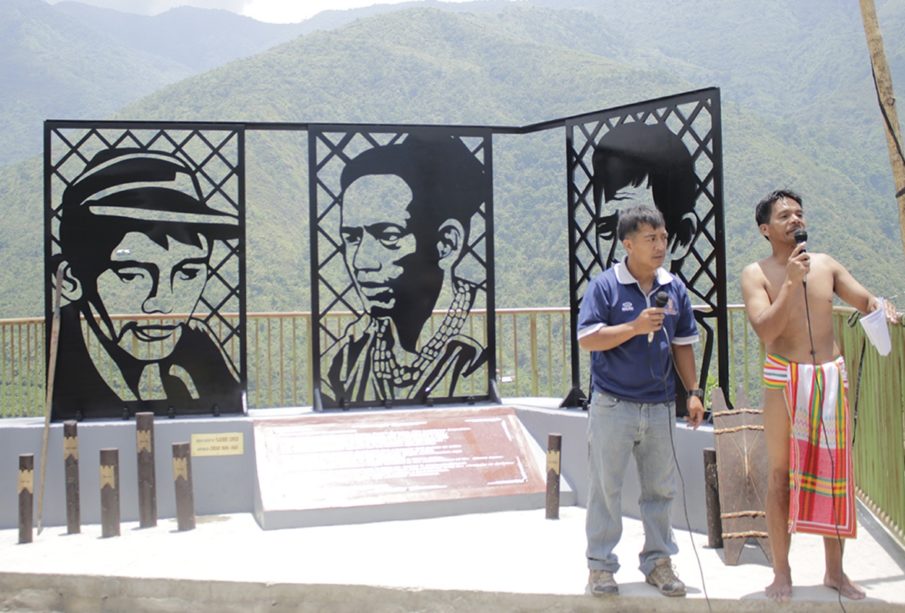 BAGUIO CITY— An online petition to protect the Cordillera Heroes’ Monument from the threat of demolition by the Department of Public Works and Highways (DPWH) gains ground just days after its creation.

“We appeal for your urgent support to prevent the demolition of the monument of Macliing Dulag, Pedro Dungoc, Lumbaya Gayudan, and other heroes of the historic Anti-Chico Dam Resistance,” read the petition.

The Cordillera Peoples Alliance (CPA) posted the appeal. It stemmed from the Upper Kalinga District Engineering Office (UKDEO)-DPWH notice dated October 1, informing the organization that the structure “encroached a portion of the national road.”

As of posting, the petition has already reached 1,411 signatures.

The monument, located at the Bugnay, Tinglayan section of the Mountain Province-Kalinga Road, bears Dulag, Dungoc, and Lumbaya’s faces and the list and names of other heroes and martyrs of the Butbut tribe.

UKDEO gave the group seven days upon receipt of the notice to remove the marker or it said it will remove it and charge the organization for the expenses.

“To demolish and desecrate the monument is a brazen act of obliterating the Cordillera people’s history of struggle against oppression and injustice,” part of the petition stated.

The group questioned why UKDEO and the police are only raising the matter after more than three years.

“The DPWH should have stopped the construction from the start if indeed there was a violation. The people of Bugnay, including Macliing Dulag’s family, welcomed the project and even helped build the monument on their ancestral lands,” said the petition.

The petitioners noted that removing the monument is “double injustice” against the Anti-Chico Dam Struggle’s heroes and martyrs. They said the act would “desecrate the monument.”

“It is part of the government’s acts of historical revisionism or distorting and erasing the true history of the people’s resistance and heroism which remain relevant until today,” the petition said.

The notice came after the Police Advisory Council of the Kalinga Provincial Police Office recommended removing the monument.

Earlier, in September, a resolution signed by some members of the Butbut tribe came out. The document accused CPA of “unauthorized use” of the names of Macliing and other Butbut heroes to recruit members and push their political agenda.

CPA Secretary-General Sarah Bestang Dekdeken underscored that if the monument is to be demolished for encroaching on the national road, other structures along the Bontoc-Kalinga Road from Tinglayan to Tabuk City are in danger of demolition as well.

Dekdeken explained that Francis Macliing, son of Dulag, requested CPA for the construction in 2000. Due to a lack of resources and tribal conflicts, the building was delayed until 2017.

She said they consulted the families and community members, and the local government for the project.

CPA, together with the families of the honorees and Bugnay community, built the monument to “honor the legacy of [Cordillera] heroes and martyrs who successfully opposed the Marcos Dictatorship’s Chico Dam Project.”

Dekdeken said the threat to demolish the heroes’ marker is part of the continuing attack against the people’s movement and the CPA. According to her, this is part of the Whole of Nation Approach overseen by the National Task Force to End Local Communist Armed Conflict.