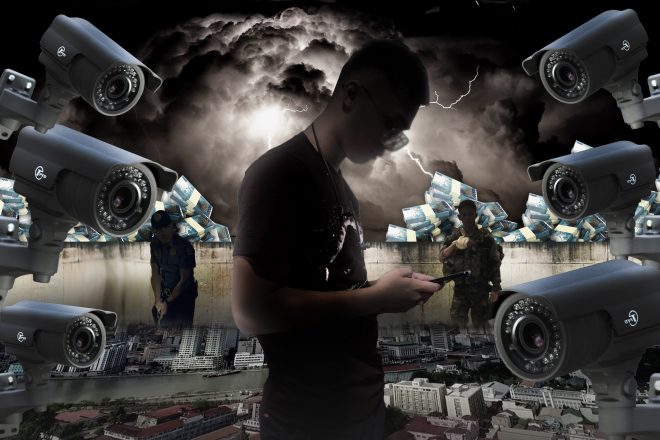 Intelligence: This is what the Duterte administration apparently wants to increase next year.

Or so reveals the 2020 proposed national budget. Next year, the Office of the President is seeking to almost double the budget for its intelligence and confidential funds, for a combined total of P4.5 billion, from the P2.5 billion usually allotted for the past three years.

Unlike any other portions of the national budget, wherein even slight increases or decreases require concrete justification, the Palace offered no explanation for the proposed increase. When legislators initially raised this red flag at the onset of the 2020 budget deliberations, Presidential Spokesperson Salvador Panelo simply retorted, “The government has to have resources to determine the threats against the state.” A classic non-answer answer to the question bugging public finance watchdogs: why the unprecedented hike?

Collectively known as the “black budget,” these funds not only lack details in disbursement and utilization but are also exempt from public scrutiny. The black budget has two components: “confidential funds,” which finance surveillance activities in civilian departments and agencies, and “intelligence funds,” which foot the bill for “intelligence information gathering activities of uniformed personnel and intelligence practitioners that have a direct impact on national security.”

Supposedly, the use of these funds are highly classified to ensure the secrecy of the programs and projects that the black budget is funding, with the belief that reporting specifics of these overt operations may jeopardize national security.

Yet the blanket invisibility cloak placed over the multi-billion black budget can actually hurt – and not protect – national security. It is essentially exempt from crucial questions that taxpayers have the right to know, such as do the covert programs and projects actually work, do we really need these secret activities, are the funds used prudently or are we funding ruinously expensive deals?

Billions of pesos in taxpayers’ money is blindly appropriated then simply disappear into thin air, with no veritable sense of check and balance. This is evidenced by the guidelines on the use of the black budget, as stated in Joint Circular No. 2015-01 issued by the Commission on Audit and other pertinent agencies. Under this joint circular, all agencies provided with confidential funds must submit quarterly reports to the President, the Senate President, and the House Speaker, and in case of intelligence funds, only to the President.

These guidelines are a mockery of the very tenets of accountability, as the largest portions of the black budget are directly under the Office of the President – meaning, the president is only compelled to report on his use of these funds to no other person but himself. Remember, we are not only talking about loose change here: for 2020, the total black budget lodged in various agencies amount to P8.28 billion. If we total the black budget allotted under the Office of the President from 2016 to 2020, that would already be P10 billion, a sum enough to finance the wages of 77,500 minimum wage workers for a year!

The black budget not only exempts covert operations from accountability, but also easily shields the government from even acknowledging these programs exist. This raises the question: what classified operations are our security forces actually pursuing? Do these operations uphold fundamental human rights of the people?

If we look at how other countries use their black budgets, the answer is no. In the United States, for example, several declassified files reveal that for decades, the US has been financing panic-inducing projects: from developing nuclear armaments in preparation for “World War IV” to even training dolphins to become underwater kamikazes.

The black budget remains as one of the biggest stumbling blocks to transparency in governance. From serving as the President’s personal largesse, to funding heinous attacks against the people, there is virtually no limit on how this multi-billion fund could be used. This is one big gaping hole that needs to be plugged immediately.