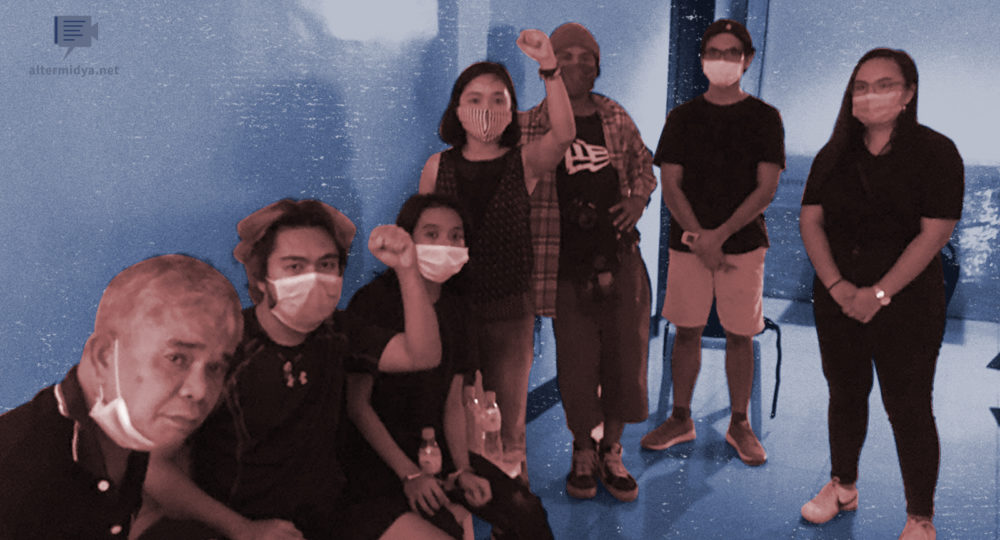 ALTERMIDYA NETWORK demands the immediate release of our Cebu correspondent Dyan Gumanao of Aninaw Productions, who is among the Cebu 7 protesters arrested on June 5.

UP security guards and police dispersed the #JunkTerrorBill protest in UP Cebu and nabbed the seven protesters just as they were standing up after kneeling in solidarity with the #BlackLivesMatter protests in the United States.

Among the arrested are Jaime Paglinawan of BAYAN CenVis, Joahanna Veloso of the National Union of Students of the Philippines (NUSP), UP alumnus Al Ingking, Bern Cañedo of Youth Action Now Against Tyranny, Nar Porlas of Anakbayan UP Cebu, Janry Ubal from Food Not Bombs, and Dyan Gumanao.

The police will reportedly charge the protesters with a violation of the Bayanihan Heal as One Act, despite the protest being conducted using strict social distancing protocols. In fact, it was the police that violated longstanding guidelines on academic freedom, including those that bar outside police force from entering universities.

Lastly, and most importantly, we note how this latest attack against free speech and expression may serve as prelude to darker days, especially with the looming enactment of the Anti-Terrorism Bill. But activists and freedom-loving Filipinos will not be deterred but are more determined in fighting back.