Son of late dictator is the Philippines’ president-elect 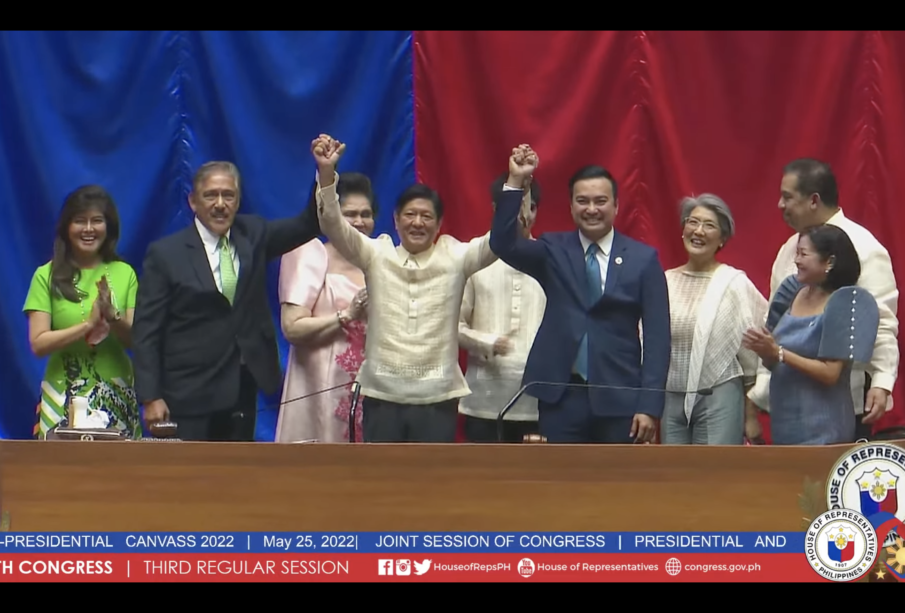 MANILA — The son and namesake of the late dictator Ferdinand Marcos Jr. has been officially proclaimed as president-elect today, March 25, in what progressives say is among the dirtiest election campaigns, “one marked by massive disinformation, unbridled vote-buying, red-tagging, and political repression, and what is possibly a rigged automated elections system.”

“The Marcos restoration and Duterte extension are now complete. The people have no choice but to resist tyranny. The Marcos-Duterte regime will have to deal with the people’s clamor for economic recovery amid the pandemic, accountability for widespread human rights violations under the Duterte regime, as well as the demand for national sovereignty amid the violations done by the US and China,” said Renato Reyes Jr., secretary-general of Bayan.

Marcos Jr. has been criticized for whitewashing the horrors of martial law, his refusal to acknowledge the human rights violations during his father’s rule, and their unpaid estate taxes, to name a few.

Joining him in today’s proclamation is his mother Imelda Marcos, the other half of the conjugal Marcos dictatorship, his sisters Sen. Imee Marcos and Irene Marcos, and his wife Liza Araneta-Marcos.

Earlier today, activists were violently dispersed as they marched to protest Marcos Jr.’s proclamation, injuring at least 14. This despite holding the program in a designated freedom park such the Commission on Human Rights’s Liwasang Diokno.

Karapatan Secretary General Cristina Palabay said they “will not take these violations sitting down, and in the face of the looming return of the forces of tyranny and fascism, all the more that we will protest and resist any and all attempts to unleash the horrors of Marcosian martial law and State repression.”

Reyes, for his part, added that they will remain vigilant and at the forefront of the resistance against tyranny and misrule.

He said, “Mr. Marcos’s regime is beset by problems left and right as a result of Duterte’s failed pandemic response. The people must now continue to fight for freedom and democracy under a second Marcos regime.”