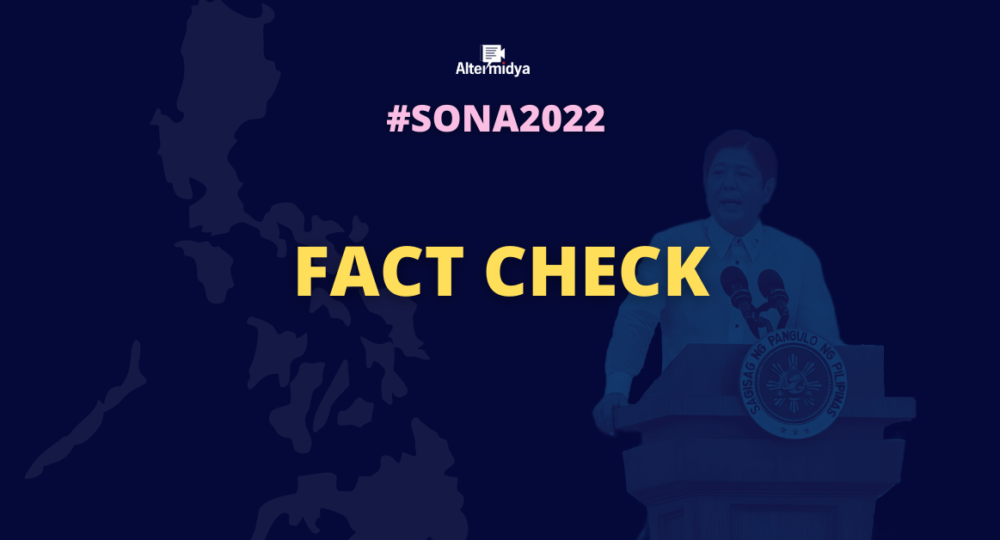 Fact Check
0
201
CLAIM:
In his first SONA, Marcos Jr. claimed that the implementation of a National Broadband Plan will translate into better quality, availability, and affordability of telecommunications services all over the country
RATING:
Missing Context
FACTS:
Marcos Jr. said that this new connectivity plan, which will now be called the “Broadband ng Masa” project is set to connect geographically isolated areas in the country. With the recent passing of the Public Service Act (PSA) removing the restriction on foreign investment in overseas players, he claimed that this will translate into better quality, availability, and affordability of telecommunications services all over the country.
However, the pursuit of a national communications network is not new. During former Gloria Macapagal Arroyo’s administration, a multimillion-dollar National Broadband Network was pursued with Chinese firm ZTE Corporation. This project became a national scandal as the Arroyo family allegedly demanded bribes from ZTE, and other officials involved in the project allegedly received kickbacks. The said controversies made then-President Arroyo to eventually cancel the project.
WHY IT MATTERS:
While pursuing a national broadband plan that will ensure that more Filipinos will be able to connect to the Internet is a noble pursuit, the Marcos Jr. administration should not render invisible past corruption scandals connected to the said pursuit. – Celine Lagundi
Altermidya Network is part of #FactsFirstPH which brings together various sectors that are committed to promoting truth in the public space, and exacting accountability on those who harm it with lies. For those interested to join the initiative, email info@factsfirst.ph.