Home›#FactsFirstPH›#SONA2022 FACT CHECK: The state of the nation is ‘sound’
#FactsFirstPH 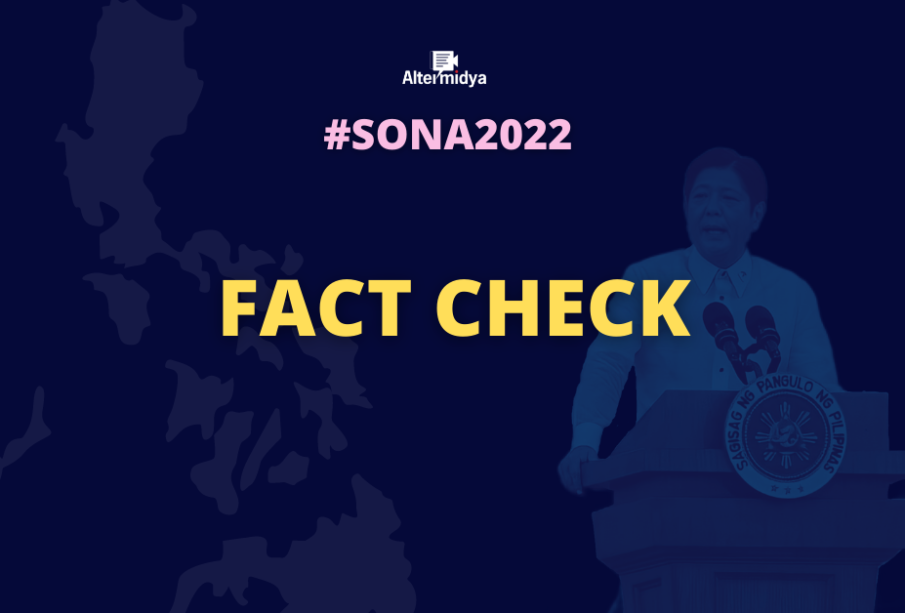 CLAIM:
Marcos Jr. ended his first SONA by saying that “the state of the nation is sound.”
RATING:
False
FACTS:
With the current state of the country’s economy, especially the unrelenting price hikes, and the impending global recession that various economists warned about, the state of the nation is far from sound.
According to IBON Foundation, latest data available revealed that the Philippines has the among the worst unemployment and inflation rates among Southeast Asian countries. As of May 2022, the Philippine unemployment rate is at 6%, followed by Indonesia (5.8%) and Malaysia (3.9%). Meanwhile, as of June 2022, the Philippines has the second highest inflation rate (6.1%) among the Association of Southeast Asian Nations 6 (ASEAN 6).
WHY IT MATTERS:
Pundits note that the first SONA of a new president provides a “blueprint” for their administration. However, rating the state of the nation as “sound” amid an economic crisis that is becoming more pronounced only supports notions that the new administration may be detached from reality. – Neil Jan Dizon
Altermidya Network is part of #FactsFirstPH which brings together various sectors that are committed to promoting truth in the public space, and exacting accountability on those who harm it with lies. For those interested to join the initiative, email info@factsfirst.ph.