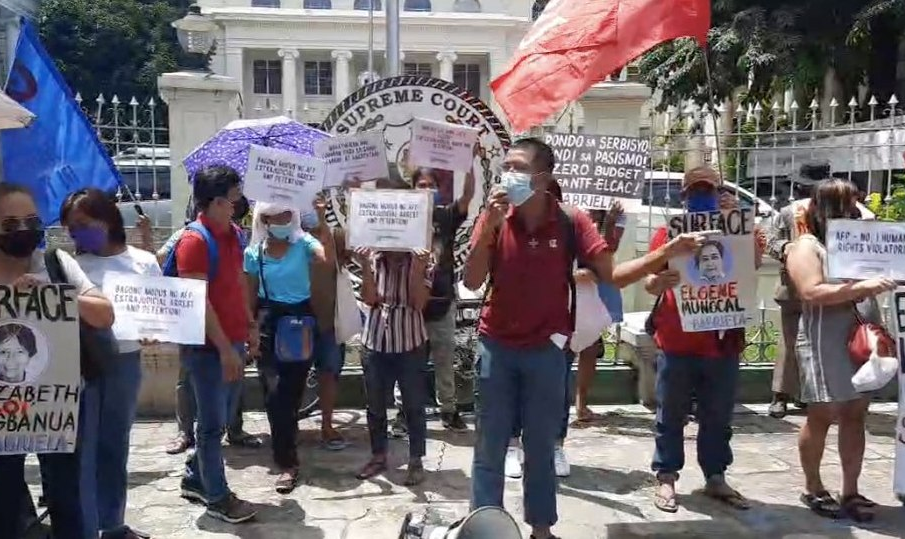 Labor group Kilusang Mayo Uno (KMU), along with several rights groups welcomed the Court of Appeal’s issuance of the privilege of the writ of amparo for missing labor organizers Elizabeth “Loi” Magbanua and Alipio “Ador” Juat, who were last seen in Valenzuela City on May 3.

The writ of amparo is a protective remedy aimed at providing judicial relief consisting of appropriate remedial measures and directives to address specific violations or threats of violation of the constitutional rights to life, liberty, or security of individuals.

The CA issued the order last week, following the petition filed by the families of the two missing activists. The petitioners claimed that Juat was able to alert his family that he and Magbanua had been abducted and that he was brought to Camp Aguinaldo.

In its 40-page ruling, the appellate court has found the military “accountable for the enforced disappearance” of the activists and ordered authorities to conduct “a comprehensive and exhaustive investigation.”

KMU chairperson Elmer Labog challenged President Ferdinand Marcos Jr. to direct the military and other government officials “to urgently comply with the investigation and to hold everyone involved accountable.”

“If Loi and Ador were indeed found to be guilty of any crime, they should be given their day in Court. State forces do not have the right to arrest, abduct, and detain anybody without due process,” said Labog.

Women’s rights group Gabriela also thanked the CA for “upholding human rights defenders’ right to life, liberty, and security.” “This is certainly a welcome decision amid a long-standing culture of violence and impunity in the country,” said Clarice Palce, secretary general of the group.

“The burden is now upon the (military) to provide a comprehensive explanation on the truth behind Loi and Ador’s disappearance,” Place added.

Meanwhile, church groups called on Congress to “immediately investigate” the CA’s finding that the military was responsible for the abduction of the labor organizers.

“Lawmakers must look into this case and must enact laws that will provide additional blanket of protection for human rights defenders and political activists,” said Fr. Dionito Cabillas, lead convenor of Isaiah Ministry.

‘No to Apayao Dams’