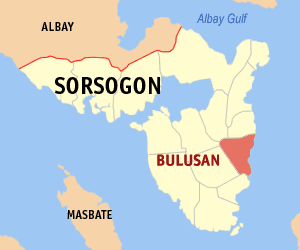 BULUSAN, Sorsogon – Army troops Sunday noon engaged a brief gunbattle with a squad of rebels at a village in Bulusan, Sorsogon this province.

Report also said the firefight lasted for about three (3) minutes after which the NPA guerrillas withdrew towards in northeast direction.

Army troops are still scouring the encounter sites as of press time.

There is still no confirmation nor press statement coming from the NPA side, validating the Army report.

Meanwhile, there are reports, still unconfirmed as of press time, about 4 body bags with dead soldiers inside being carried by Army troops hours after the encounter.

A villager, requesting to remain anonymous, confirmed seeing 4 body bags being carried by soldiers and load aboard Army truck.