The poor cuts down on staples as price hikes continue 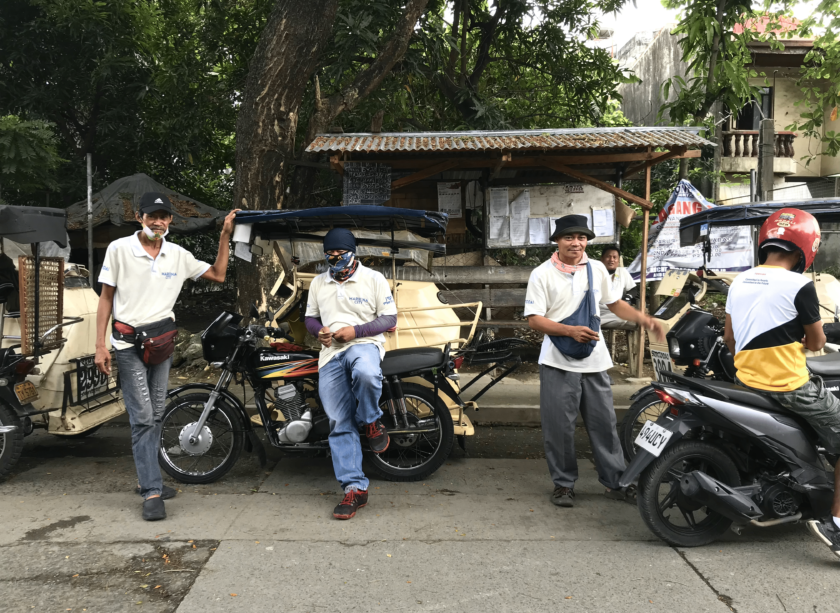 When asked about the country’s inflation rate, Jemelie Polinar, a mother of three, let out a sigh as she picked the freshest yet cheapest squash. “To be honest, I don’t know anything about those numbers. What I know is that the poorest of the poor are suffering the most. This is our daily reality, from the increased transportation costs to the food we need.”

MANILA – In a small corner in San Roque, Marikina, a group of tricycle drivers heartily ate their lunch. It seemed like just any other day, where they get to share light moments before returning to their daily grind as they ply their routes in the smaller streets of the city to make ends meet.

Behind the laughter are real-life struggles. Fifty-four-year-old Eddie, a father of three, admitted that sometimes, he returns home empty handed after a day’s work as oil prices continue to increase.

“There are times when I am able to bring home P400. That is already the highest. Sometimes, I go home empty-handed. To go home in Cogeo (in the nearby Antipolo City) means spending a liter or so of my gasoline,” the tricycle driver of 30 years told Bulatlat.

To help them make ends meet, Eddie said he and other tricycle drivers chip in every lunch time so they can eat a proper meal. Each of them would pay P50 so they can buy fish and rice, instead of paying P70 each in a nearby eatery. The food usually covers their afternoon snack.

But these are the good days because for most days, Eddie is like any other Filipino struggling over the rising prices of staples.

Independent think tank Ibon Foundation noted that the latest Family Income and Expenditure Survey showed that the real value of average family incomes falling 10 percent by 2021, increasing the number of poor Filipinos by 2.3 million to 20 million.

Meanwhile, prices of staples are increasing, all-time high of 7.7 inflation rate, which Ibon Foundation described as the “fastest” in the past 14 years.

“Before this, I can still bring home P300. But now, I only earn about P150. We used to still be able to afford decent meals. But now, there is only dried fish. Our tears keep us from choking,” Eddie said in Filipino.

Daily income is not enough

Eddie begins his day at the crack of dawn and goes home around 8:00 in the evening. But even after working the entire day, he said his income is still not enough.

A big portion of Eddie’s daily expenses goes to gasoline, which, as prices soar, eats up a bigger share in his income that could have been spent for his family’s food and other needs. One of his children has already stopped going to school to give way to his youngest daughter’s studies.

His fellow tricycle driver, Nelson, said raising his five children alone during these times is difficult. His wife died due to breast cancer a few years back. After a day’s work, he is left with only about a hundred pesos to cover for their food and other essentials.

“Lipas, kain, lipas, kain,” the 48-year-old tricycle driver said, as he described how their family often missed their meals.

Once a week, he would cook nilagang baboy (pork stew) for his children. But he would do away with some of the vegetables to keep the cost low. On other days, he would either buy a small heap of fish, eggs, or instant noodles.

Like Eddie and Nelson, Jemelie Polinar, a mother of three, said her combined income with her husband of about P7,000 to P8,000 a month is also not enough to provide for their household, which includes relatives.

When she went to the public market of Sauyo in Novaliches, Quezon City, she would go from one stall to another to get the cheapest produce. Her budget for that day was P400, which does not include the packed food that her children will bring to school.

During her market errands, Polinar said she would usually go around the market first before buying anything. “That is how I usually discover the cheap finds.”

When asked about the country’s inflation rate, she let out a sigh as she picked the freshest yet cheapest squash. “To be honest, I don’t know anything about those numbers. What I know is that the poorest of the poor are suffering the most. This is our daily reality, from the increased transportation costs to the food we need.”

The disadvantaged are facing more difficulties

Even those living alone like Julie Castillo, 67 years old, a former snack vendor and a widow for the past year, the increasing prices are hurting her daily budget.

She receives a small amount of money from her two children who also now have their own families. Sometimes, she would get about P500, which she would spend on food that is good for about three days.

“This inflation is really hitting us hard. This is just based on my experience as a widow. How much more for those who are poor and have no jobs,” she told Bulatlat.

She and her husband used to sell afternoon snacks in their neighborhood to get by. But she stopped their small business after her husband’s passing last year. “I lost my income, and now prices have soared. I sometimes wonder how I could get by without my children’s help.”

Meanwhile, Marcelo Basig would roam the public market of Marikina in his wheelchair. The former taxi driver was shot by a thief, and this damaged his spinal cord.

Before retiring, he worked at the Tahanan na Walang Hagdan in Cainta, where other people with disabilities find livelihood. With the increasing prices, he said the government should also work on increasing the minimum wage and lower transportation costs.

“One’s low salary would never be able to keep up with the high prices,” he said.

Castillo, for her part, called on the government to heed their calls. “We need them to act now.” (JJE,RVO)