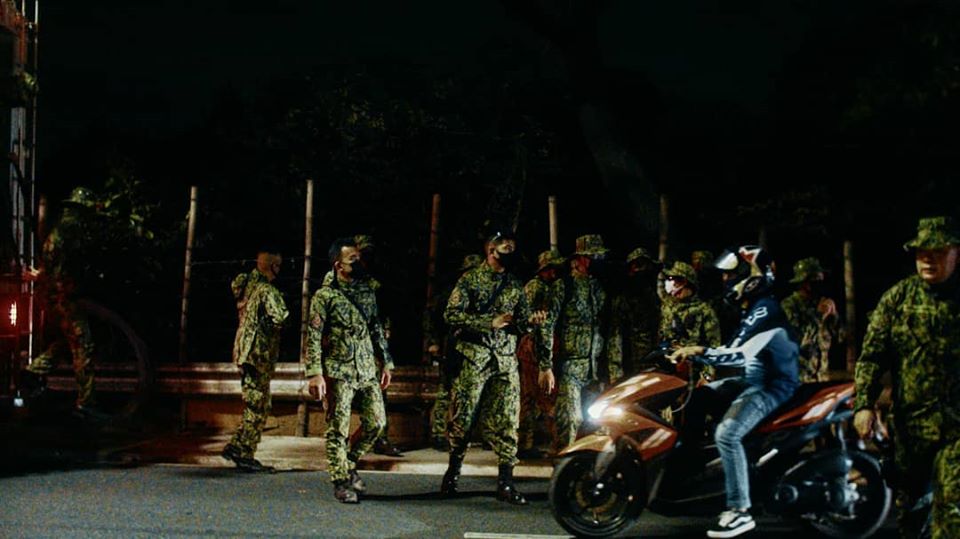 “…[w]e urgently remind States that any emergency responses to the coronavirus must be proportionate, necessary and non-discriminatory.”

They emphasized that such measures should not be abused to suppress human rights.

“While we recognize the severity of the current health crisis and acknowledge that the use of emergency powers is allowed by international law in response to significant threats, we urgently remind States that any emergency responses to the coronavirus must be proportionate, necessary and non-discriminatory,” the UN experts composed of Special Rapporteurs and Independent Experts said in a statement.

This is following the recent UN High Commissioner for Human Rights Michelle Bachelet’s appeal to put human rights at the center of the COVID-19 response.

“COVID-19 is a test for our societies, and we are all learning and adapting as we respond to the virus. Human dignity and rights need to be front and centre in that effort, not an afterthought,” Bachelet said.

They reminded the governments that declarations of state of emergency, whether for health or security reasons, have clear guidance from international law.

“The use of emergency powers must be publicly declared and should be notified to the relevant treaty bodies when fundamental rights including movement, family life and assembly are being significantly limited,” the experts said.

The UN experts also pointed out that the government response “should not be used as basis to target particular groups, minorities or individuals.”

“It should not function as a cover for repressive action under the guise of protecting health nor should it be used to silence the work of human rights defenders,” the experts said.

They added, “Restrictions taken to respond to the virus must be motivated by legitimate public health goals and should not be used simply to quash dissent.”

‘Enchanced community quarantine cause of concern’

Karapatan Deputy Secretary General Roneo Clamor said that the first two days of the general community quarantine in the capital already exposed lapses in what he called as government’s militarist solution against COVID-19.

Yet, instead of an enhanced public health response and urgently addressing the social and economical magnitude of the crisis, Clamor said the Duterte administration has implemented more militarist and draconian yet vague measures in an “enhanced’ community quarantine.”

Clamor said they are gravely alarmed by the implications of the heightened deployment of uniformed personnel, especially that top-ranking police officials and government agencies dismissed concerns of possible human rights violations in the implementation of what they labeled as “draconian and unnecessary measures such as curfews and warrantless arrests of so-called violators.”

Clamor asserted that “the COVID-19 pandemic is primarily a public health issue.”

“Checkpoints should primarily be medical in nature. Why does it seem that personnel manning the checkpoints are fully armed with M-16 rifles instead of functioning thermal guns, personal protective equipment, and disinfection facilities? When you have a government that has neglected the people’s right to health in favor of neoliberal economic policies and authoritarian responses to their legitimate issues, it is certainly a situation of grave concern for the public,” he said.

The Asian Forum for Human Rights and Development (FORUM-ASIA) also expressed concerned on the deployment of the police and military as the Philippine government’s response to the COVID-19 pandemic.

For the group, Justice Secretary Menardo Guevarra’s assurance that individuals cannot be arrested for violating curfews unless they assault, slander or bribe law enforcement agents, “fails to provide any real form of reassurance.” They cited the cases of victims of the government’s campaign against illegal drugs where police are the alleged perpetrators and the military that has been implicated in various rights violations.

“As the country grapples with COVID-19, the government must promote a response necessary and proportional to the threat faced, while ensuring respect for human rights. An increased military and police presence, and a lack of transparency in their operations, will only lead to the further abrogation of people’s fundamental rights,” the group said in a statement.

FORUM-ASIA called on the government to prioritize a public health approach and evidence-based response over a police and military-enforced community quarantine, through investing in public health services, and ensuring access to medical services, particularly to the most vulnerable groups.

The group also pushed for clear and concrete guidelines on the community quarantine, including on engagement between the security sector and the public, and ensure clear lines of accountability for any abuse of power and guarantee open and safe spaces for sharing grievances and complaints against the security sector or other state actors, and provide transparent investigations for these complaints.

“Asserting people’s right to health amid this pandemic should be foremost of our concerns. Upholding the rights to life and to security should and does not compromise other basic rights and civil liberties,” Clamor said.

Karapatan also urged the government to protect the most vulnerable in the midst of the COVID-19 pandemic which is the poor, the homeless, the farmers, and the workers.