We will fight back a reign of terror 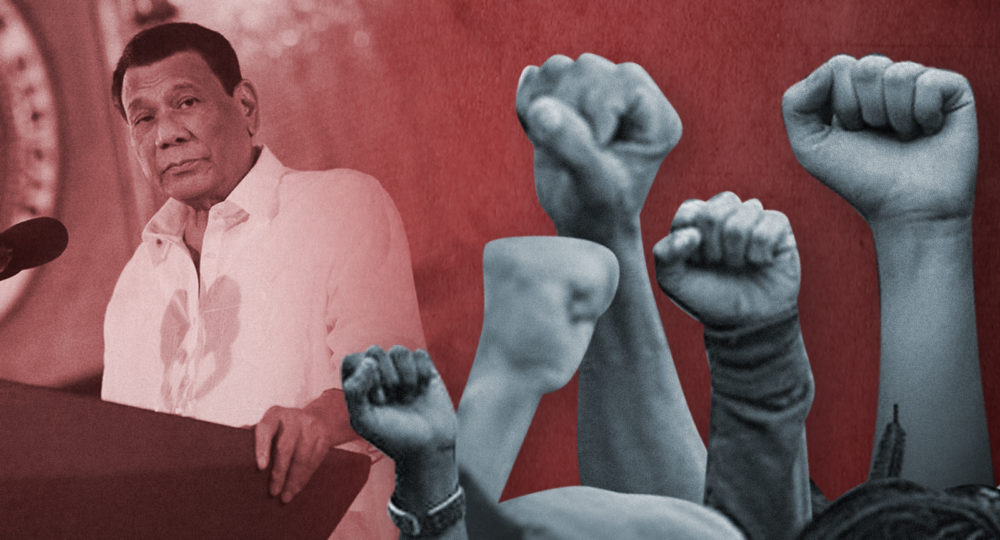 Just when we thought things could not get worse, President Rodrigo Duterte signed today the “Anti-Terrorism Law of 2020,” a law that many legal pundits, human rights advocates, and no less than the United Nations Human Rights Council – gravely warned about. With the stroke of a pen, Duterte has unleashed a greater reign of terror that can engulf the nation speedily in the coming days.

For months, the public has raised the alarm over the severe repercussions of the overly vague definition of “terrorism” in this new law – from planning, proposing, inciting, and even supposedly serving as mere accessory or tangentially being connected to supposed terrorist activities. It essentially provides blanket authority to state forces to target virtually anyone and everyone. UN experts have jointly stated that this new piece of legislation could further escalate the already grim situation of human rights in the country.

Under this patently unconstitutional law, critical reporting of issues can and will surely be tagged as terrorist acts. The very irony lies in its name – it is not against terrorism, but rather, aids and abets in the commission of state terror. It is anti-human rights, anti-press freedom, anti-free expression, and anti-civil liberties. Passing such law betrays the desperation of those in power.

The new Anti-Terrorism Law will surely embolden state forces to commit worse acts of fascism and human rights violations. Hiding under this thin veneer of legality, those who have already been accelerating attacks against vocal critics, purveyors of truth, and even advocates of basic civil rights, will surely up the ante and use brute force to achieve the silence of dissent they have long wanted.

The passage of the Anti-Terrorism Law comes at a time when the surging pandemic has fully exposed the administration as a paranoid, inept, and selfish band of people who would stop at nothing to remain in power. The new law will serve as a cornerstone of that apparent self-preservation plan.

Yet we will not be cowered and forced into silence. We will continue reporting, truth-telling, and dissenting.

We call on the ranks of our colleagues in the media and the Filipino public to unite against this law. We will not stand down. We will fight back!