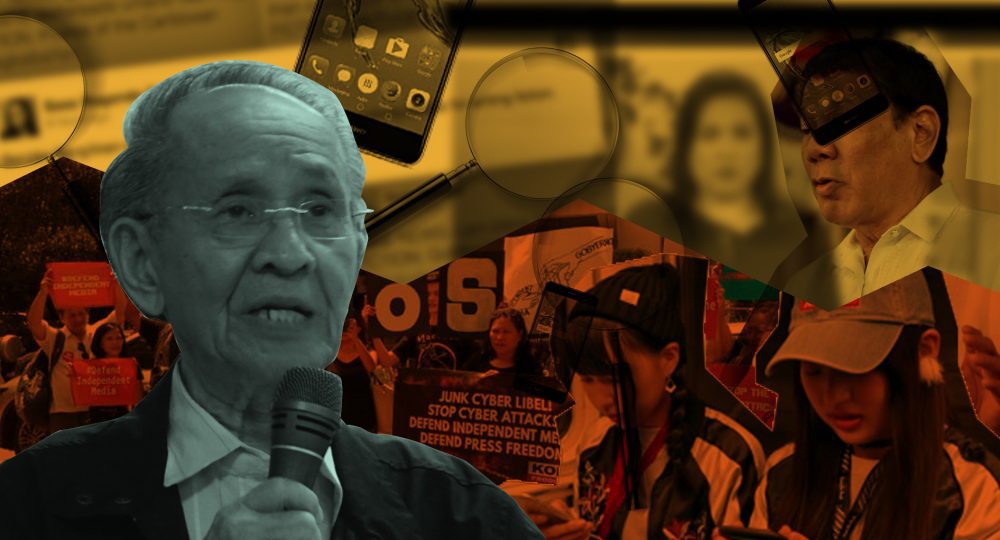 TRUTH-telling and accuracy are the fundamental ethical and professional commitments of the alternative press and media in furtherance of the people’s right to know. Truth telling is crucial to the journalistic task of developing among the media audiences the subjective readiness for the changes in society that objective reality so patently demonstrates are needed. Precisely because those in the alternative media are so engaged, they have been harassed, threatened, physically assaulted, and red-baited.

There are of course the joys of knowing that, at the end of each working day, one has added rather than detracted from the sum of human knowledge despite the odds against it. Disinformation is nevertheless still a continuing hindrance to the understanding of what is happening in these isles of fear. It is neither a new phenomenon nor rare, but public attention and understanding of its dangers has been relatively limited.  What is therefore needed is for the alternative press and media to proactively campaign for the adoption of the strategies needed to combat disinformation in addition to discharging their responsibility of providing the relevant and accurate information the people need in these times of peril to their lives and liberties.

Combating disinformation demands the involvement of a number of actors. The alternative media are only one of those actors. But because they understand the empowering role of information in the democratization of political power and society, they can play a leading role in this effort.

Even in the corporate press, today’s poisoned political atmosphere, in which false information has become the norm, has outraged and provoked some practitioners into exposing the fraudulence of regime claims and deepening their commitment to getting at the truth. The alternative media must engage and encourage these practitioners in doing this difficult and even dangerous task of public enlightenment.

In the Philippine setting, the Constitutional protection of press freedom, free expression and freedom of assembly thrusts upon government the responsibility of supporting those freedoms in order to encourage the development of an independent press and the informed public critically engaged in public affairs. It need hardly be said that attempts intimidation, harassment and attacks on the press are completely at odds with that duty, and that least of all should such assaults come from government.  But given the current reality, in which the Duterte administration has made it its business to even involve independent journalists and media organizations in alleged plots to destabilize it, it will take concerted and united citizen action to compel government observance of its constitutional duty to protect and enhance press freedom and free expression.

That imperative will not be served by the passing of any law against the generation and dissemination of fake news and disinformation as Singapore has recently done, which is likely to have a negative impact on free expression. As detrimental to public discourse and even as dangerous as disinformation can be, combating “fake news” via legislation will serve only regime ends and will do more harm than good. As part of its duty to hold the government to its responsibilities under a Constitutional order, the alternative media must oppose any attempt to curtail free expression by using the need to curb “fake news” as the excuse.

The government itself can do worse than to reform its own media system, which has been accused of generating and spreading false information, towards, first of all, making that system financially and politically independent. Only during the Corazon Aquino administration was this seriously considered. The then head of the Philippine Information Agency (PIA), Dr. Benjamin Lozare of the UP Institute (now College) of Mass Communication proposed it, but failed to obtain enough support to make it a reality. During the Benigno Aquino III administration, the head of the Presidential Communication Operations Office (PCOO), Herminio Coloma, floated the idea of making the system independent of whatever regime is in power, but that did not prosper either.

During his first year in office, President Duterte said in one speech that government media could “copy” the BBC model. That model consists of the BBC’s being funded through a mandated share of the taxes on TV and radio sets and other means of information transmission. It will require congressional action and presidential approval for that model to be adopted. But as we all know, nothing came of Mr. Duterte’s declaration either.

Part of the reforms needed in that system is also the retraining of its editorial staff not only in terms of skills enhancement but also in reorienting it from its public relations focus to a public information perspective, in which the system would cease to report merely on whatever regime is in power, but even on the opposition and government critics in furtherance not only of the journalistic imperatives of truth telling, accuracy and fairness but also for the making of the truly informed citizenry that this rumored democracy needs.

What is also needed is the institution in both the public school system as well as in private schools of media or news literacy programs, starting at the primary grades up to the tertiary level. Citizen understanding of what constitutes news, how it is gathered, processed and disseminated, the values and standards of the press, as well as of the political and economic interests behind the media can help them not only to distinguish disinformation from news, but also enable them to demand better press performance.

Citizen awareness of the ethical and professional values of journalism is as important in checking the veracity of what appears in both the old media of print and broadcasting as well as online, particularly in social media. A media literate public can be so informed as to demand that the press and media observe their own standards of truth-telling and accuracy.

Media organizations should themselves encourage citizen media literacy, and should make fact-checking not only the claims of news sources but also their own intended issuances standard practice. The alternative media must be at the forefront of this effort. Fact checking has always been an imperative in professional journalism, but has received greater emphasis in the present era. The good news is that Facebook has engaged Rappler and Vera files in fact checking social media posts and a consortium of journalism schools and media organizations is similarly engaged. Media advocacy groups as well as civil society groups have also taken it upon themselves to release lists of online sites that are not trustworthy and which have a record of disseminating false information.

But fact checking alone is not enough. A purported news report may be factually accurate but may be so framed as to provide viewers, readers and listeners a mistaken understanding of an event or issue. The absence of context, which is a frequent failing of Philippine media, similarly leads to the media audiences’ failure to understand the meaning behind the news.  This thrusts upon the country’s journalism schools the responsibility of enhancing their capacity to better train the next generations of journalists beyond the usual five Ws and H, which should include critical assessment of such conventions of journalism as what decides the news worthiness of an event, and the hoary notion of objectivity.

The news value of prominence— which declares that an event is newsworthy if a famous, notorious or well-known individual or group is involved—is among those conventions. In practice this news value often consists of reporting whatever the powerful say, usually without putting it in context or even interpretation, which in some cases results in the media audiences’ accepting as true whatever such news sources say, no matter how false or absurd it may be. In most cases, the same news value marginalizes the poor and powerless even if they have a legitimate grievance or something to say about an issue that directly concerns them.

As for the supposed need for “objectivity,” it is a mantra that has been drummed into the heads of generations of journalists, despite the fact that every form of writing— and journalism is no exception— involves the selection of what details to include in describing an object or a scene, or in reporting an issue or event.

As University of London Professor of Semiotics Gunther Kress points out, in trying to explain the world to others, journalists exclude as much as they include details in their reports, and in that sense do not simply record reality but instead interpret it.

In addition, as Massachusetts Institute of Technology Professor Emeritus of Linguistics and social critic Noam Chomsky points out, objectivity in practice also means quoting the powerful and further marginalizes the already disempowered sectors of society.

The selective process in journalism compels practitioners to choose what to emphasize and what to omit both in the lead and the body of a news story. The lead controls how a report is “framed”—meaning its focus on what the journalist thinks is the core of the event or issue being reported. The way a report is presented to the media audience helps shape the way viewers, listeners or readers perceive events and issues, and how they will interpret them, and perhaps do something about it.

“Framing” is also part of the agenda-setting function of the news media—their capacity to influence audience perception of events and issues in the news in terms of what is important. A statement by the President of the Republic critical of the United States human rights record in the Philippines in the course of a speech on foreign affairs policy, in which he also announces a pledge of additional aid from China despite its incursions into the West Philippine Sea, for example, can be “framed” as either a break from the US, or as an opening to the country’s next door neighbor.

How that event is framed helps set the agenda of public discourse and will determine what the media audience will regard as important. Will it be the future of Philippines-US relations, and its implications on the economy, national defense and security, or the administration’s claim that it is pursuing an independent foreign policy?

The above observations need to be part of any media and news literacy program, as well as of the curriculum in the country’s journalism schools, together with an emphasis on the ethics of truth telling and the professional standard of accuracy.

Online, what has been tried is the adoption of such algorithms as step by step instructions on how to establish the credibility of news sites, among which is looking at its track record and its reputation, as well as how long it has been functioning as a news source.

While all these can help combat the spread of disinformation, what is crucial is the public’s education on the role, the values and the responsibilities of the press and media, whether old or new, and I would thus argue for the urgent adoption of media literacy programs not only in our schools but also in the programs of non-profit and media organizations that deal not only with their own internal populations but with the public as well. Again, let me emphasize that the alternative media should also be engaged in this effort. We must go beyond truth telling, and into the urgent need to combat disinformation through these and other initiatives.

This article was part of the speech delivered by Altermidya national chairperson Luis V. Teodoro at the Altermidya 3rd National Congress on September 23-36, 2019 in Quezon City.